This shapes as one of the more intriguing games of the round with some real repercussions for the losing side – for very different reasons.

Penrith have strung together three consecutive wins and loom as the more likely team to rattle an otherwise settled top eight still six rounds out from the Telstra Premiership finals.

The Panthers' finals hopes may have taken a hit with St George Illawarra's big win over the Sea Eagles on the weekend, but Anthony Griffin's side will benefit from playing their next three games on home turf at Pepper Stadium.

Meanwhile you only have to cast your minds back to Round 13 when the Panthers put Canterbury to the sword 38-0 at ANZ Stadium in a game that put more heat on Des Hasler's future at Belmore.

In their five games since then the Bulldogs have won only twice – a 16-2 upset over the Dragons and a lucky two-point escape against the Knights.

Whether this match could affect Hasler's future is anyone's guess, but the clash shapes as a danger one for the Panthers who have just one focus and that's to stay in reach of playing finals football.

Penrith have suffered a blow in their quest for a fourth straight win with skipper Matt Moylan ruled out with a hamstring injury after leaving the field in the second half against the Titans.

After an impressive NRL debut a fortnight ago, Tyrone May will partner Nathan Cleary in the halves. Injured pair Bryce Cartwright and Dean Whare have been named on the reserves list but all indications are that Griffin will stick with the starting 17.

The Bulldogs have received a boost with James Graham named to return after a month on the sidelines with a neck complaint. His return shifts Danny Fualalo to the bench and Francis Tualau out of the side.

The kicking game from both sets of halves will prove pivotal with Canterbury (22 tries) and Penrith (16 tries) ranked the worst teams in the Telstra Premiership for conceding four-pointers off the boot.

‌Why the Panthers can win: It shouldn't be a case of why they can, it should be why they have to. If they're serious about playing finals football this season then getting the better of the Bulldogs should be no hard task. Penrith have the ability to get over the line from anywhere on the paddock but at times can overplay their hand. With 22 more line breaks this season than their opponents, their individual strike power should reign over Hasler's side which ranks worst in the Telstra Premiership for points scored.

Why the Bulldogs can win: Canterbury have bounced back twice this season on the back a heavy defeat and with the Panthers on a short five-day turnaround they should feel as though they're a strong chance. Penrith were rushed in attack in the opening 40 minutes against the Titans last week and came away with the two competition points on the back of two tries against the run of play. The loss of Moylan means the pressure will be on Cleary to produce the points. If the Bulldogs can contain the calm No.7 they'll go a long way to grinding out a victory. Remarkably with all the talk surrounding the hooking role at Belmore, Canterbury rank second behind the Raiders for most runs out of dummy half with 16 carries per game and use the short side of the field the most than any other side.

‌
The history: Played 91; Panthers 37; Bulldogs 51; Drawn 3. Penrith have won the last two clashes between these sides but prior to that results are fairly even. Canterbury beat the Panthers in the corresponding fixture last season on the siren with Kerrod Holland kicking the conversion from the sideline, however the home side have won six of the last nine against the Bulldogs at Pepper Stadium. Panthers winger Dallin Watene-Zelezniak has score five tries in his last six games at the venue.

What are the odds: Ninety per cent of the money bet on this game is with the Panthers, and more than twice the number of individual bets have been placed on Penrith than Canterbury. Sportsbet reports more interest in Penrith 1-12 than 13+ so punters aren't convinced it'll be too much of a mismatch. Nathan Cleary is the best backed for first try-scorer at pretty decent odds. Latest odds at Sportsbet.com.au

NRL.com predicts: Two sides desperate for two different reasons, but you just get the feeling if Penrith throw the ball around in a similar way the Broncos did against the Bulldogs a week ago it will be enough for Griffin's men to get over the line. Panthers by 12. 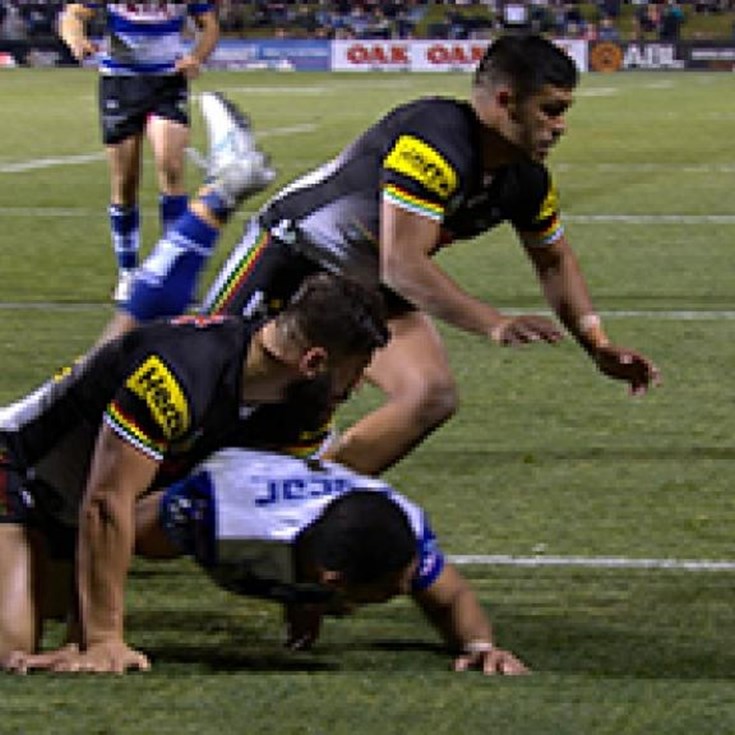