Try telling Wests Tigers mid-season recruit Alex Twal the final five weeks are a write-off as he eyes a maiden Test jersey with Lebanon at the Rugby League World Cup in October.

The 21-year-old, who's parents moved from Lebanon to Australia, has settled in well at Concord since switching from Parramatta prior to June 30.

Twal is eligible for the Cedars despite representing the Junior Kangaroos last season and could join a potential star-studded line-up coached by Brad Fittler.

Fittler takes over from current Wests Tigers mentor Ivan Cleary, who resigned from the Lebanese coaching gig after gaining the NRL role in April.

"I'm looking forward to it and expect it to be a massive occasion for the country and the Lebanese community in Australia," Twal told NRL.com.

"I've spoken to Freddy (Fittler) recently and he's just told me to use the last six weeks to gain experience against quality players and continue to get better each week.

"There's a few experienced NRL campaigners in Robbie Farah, Mitch Moses and Tim Mannah so it should be a good side that they put together."‌‌

Twal starred in the Wests Tigers' 26-4 upset win on the weekend with over 130 metres from 15 carries and has no regrets over his decision to join the Wests Tigers early after agreeing to a three-year deal originally starting in 2018.

The joint venture will miss the finals for the sixth consecutive season, while his former club the Eels are eyeing off a top four finish for the first time since 2005.

"I don't look at it like that with how well the Parra boys are going, I felt like I wasn't a chance with everyone ahead of me," Twal said.

"Knowing I wasn't going to be at Parra next season I thought when the opportunity to come early was a option I took it with both hands.

"It wasn't just about playing first grade [at the Tigers], I like where the club is heading too. The direction is taking the team with the young boys coming through really appealed.

"You want to get a head start if you're going to be here for the next three years and that was my mindset."

Twal was eager to make it a mission to play his former side a fortnight ago and while the spotlight was on Moses' return to face his old club, the born-and-bred Parramatta City junior had a quiet point to prove as well.

"I was looking forward to it and when I first left it was a game I really hoped to be playing in and aimed to. I was grateful Ivan made that happen and while we didn't get the result, we played well," he said.

"The last four weeks have been positive, we've been in all the games and won up in Newcastle on my debut which was great. I think the physicality between reserve grade and the NRL are similar, it's just the speed and you don't have time to think. That's something I am adjusting to.

"I'm enjoying everyone's company and all the coaching staff have been welcoming, I feel like I'm at home and have been here a lot longer than I have." 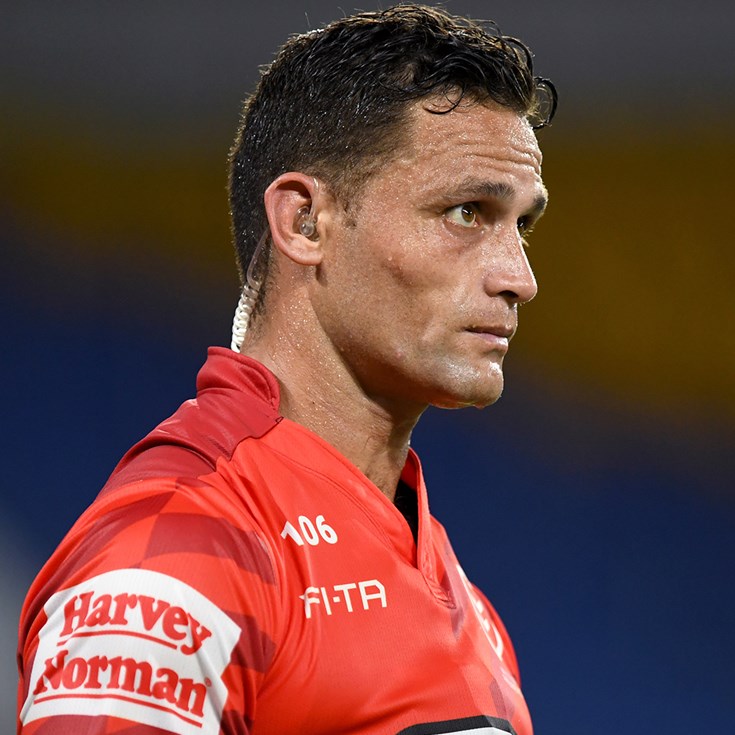