The North Queensland Cowboys are coming off a disappointing loss to the Sydney Roosters, and giving up two points they could have won will still be stinging. It's a good motivator for any match and will only add to excitement of the prospect of knocking off the NRL's top side.

Cameron Smith's men have been a cut above every other team in the competition in 2017, and Smith himself embodied that quality in his dominant display against the Manly Sea Eagles last week.

The circumstances have generated what will likely be the game of the round, if the grinding football the Cowboys have played in the last few weeks can match the Storm's electric attack through the middle – as well as their own control of the ruck – it will be a tight game.

‌Why the Cowboys can win: Coach Paul Green stated that some of his players saw the game against the Roosters as just another regular-season fixture, rather than a preview of the quality of football needed to compete in the finals. The Cowboys will undoubtedly have got the message, and a match against the first-placed Storm will need no introduction. The Cowboys are up to the task in terms of skill and strength as they average 53.7 per cent of possession in a game, while the Storm rank second last at 48.2 per cent. The Cowboys also match the Storm in defence for the season, with less than half a try conceded per game average difference between North Queensland (three tires per game) and Melbourne (2.63 tries per game). It seems the Cowboys have no trouble getting the ball, but in 2017 they've had trouble delivering the killer blow, running in just 65 tries for the year compared to the Storm's 81. If they want jump into the top four on Friday night, Michael Morgan, Lachlan Coote, Jake Granville and Te Maire Martin will need to find a way to score points against the rock-solid Melbourne defence.

Why the Storm can win: Besides the obvious reasons who run out onto the field in the one, seven and nine jerseys each week the Storm pack some punch. More than four tries per game has Melbourne at the top of the charts in terms of points scored. It comes off the back of strong runs from forwards, led by Smith who has contributed his part to placing the Storm fourth overall in dummy-half run metres, compared to the Cowboys' 15th. Add that to more than five line breaks per game, compared to the Cowboys who have fewer than four, and it's easy to see why Melbourne are the benchmark for the competition. In most other measurable areas the two sides are on par, with the exception of time played together, especially in the spine. The combination of Smith, Cronk and Slater is undoubtedly the best in the competition, and probably the best to ever run onto a football field, and this more than anything is what has earned them the top spot on the ladder.

‌
The history: Cowboys v Storm: Played 34; Cowboys 10; Storm 24. It's a lopsided engagement with the Storm on the happy end of these teams' 34 encounters. The Storm were also the only team to take a game from the Cowboys at 1300SMILES Stadium in 2016, the last time they met in Townsville.

What are the odds: This is by far the most one-sided betting game of the round with Sportsbet, and 97 per cent of the dollars are with Melbourne. It's shaping as a great battle for first try scorer between Storm fliers Vunivalu and Addo-Carr, who've both been backed extremely strongly. Latest odds at Sportsbet.com.au.

How we see it: If the Cowboys can grind it out with the Storm with tight defence and patient attack for eighty minutes it will be a close game. But even a ten-minute lapse against Melbourne will be punished severely, and given their form this year it's doubtful the Storm will have any lapses in focus. Storm by 8. 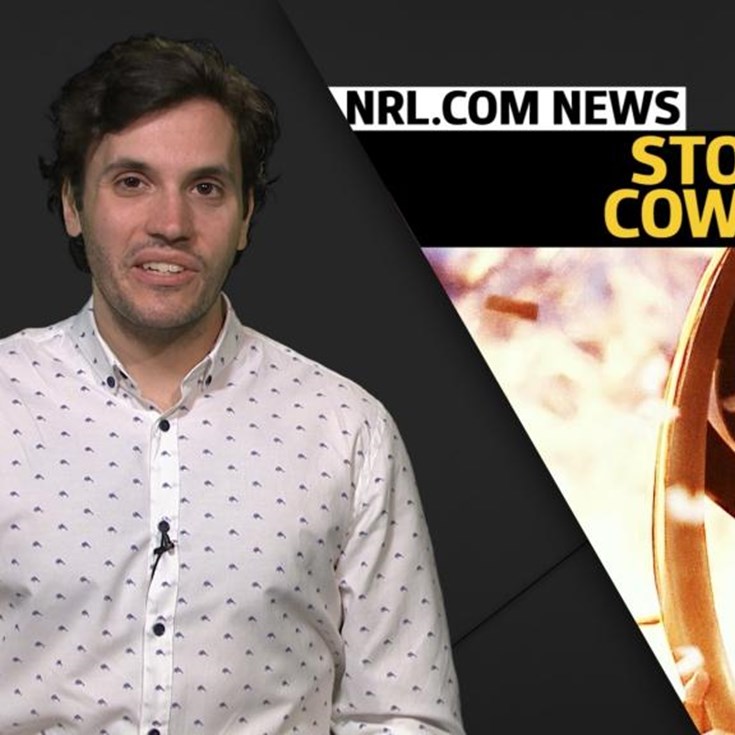 Cowboys recover to take on Storm