The Dogs lose their bite, the Eels playing like it's 2009, a new Raider's odd stat, a good day for the Knights and the Storm machine at their best. Here are the key numbers and quirky stats from Round 21 of the 2017 NRL Telstra Premiership season.

The Bulldogs have scored the fewest points (260) in the NRL this year, but their attacking woes stretch much further than just the 2017 season. The blue and whites haven't scored 30 points in a game since they beat the Wests Tigers 32-22 in Round 18, 2016, and they've only reached 20 points once this season since Round 7.

The Sharks have often relied on Andrew Fifita's incredible go-forward to get them over the line, but on Friday the defending premiers claimed just their second win in the past four seasons when the burly prop was restricted to less than 120 metres. Fifita's 117 metres was his lowest return in a Sharks win since his 97 against the Raiders in Round 7, 2016.

Are the Eels the real deal?

Parramatta fans can start dreaming about the post-season after their team notched five straight wins for the first time since 2009 – coincidentally the last time they played in the finals. While it's probably a touch premature to tip a similar run to the grand final this year, there's a lot to like about the way in which the blue and golds are playing. The Eels haven't conceded 20 points in a game since Round 14 but still have room for improvement in attack which sounds surprising given they've got the likes of Semi Radradra, Bevan French and Corey Norman at their disposal. Parramatta's forwards have only nabbed 10 tries this season (15th in the NRL) and are just three clear of the Bulldogs in that stat.

Michael Oldfield has played two games this season (it's technically three but he didn't come off the bench in Round 20) and the veteran winger has grabbed a try in both of those matches, both of which were against the Rabbitohs. Oldfield got the ball rolling with a four-pointer for the Panthers in Round 6 and backed it up with another try for the Raiders on the right edge on Saturday evening. Incidentally, his most recent try prior to this season was for the Bunnies against Parramatta.

Should the Cowboys qualify for the finals, they'll be praying that they don't have to play at Allianz Stadium. North Queensland have now lost seven matches in a row at the venue, with their last win back in 2010. Remarkably, they've scored exactly 32 points in all three of their wins over the Roosters in matches played at Moore Park.

The Storm machine rolls on

We could wax lyrical about Cameron Smith and his unrivalled exploits, but we simply don't have the time to get through them all. Instead, let's focus on the Storm and what they've achieved in 2017. After 21 rounds, Craig Bellamy's men are ranked first in points scored (451) and points conceded (291) and are the only side with a positive for-and-against in triple figures (+160). Sunday's 40-6 win saw them equal their highest score against the Sea Eagles – a figure they've now reached on four occasions – and it could have been even better had Smith's 80th-minute conversion not cannoned into the upright. Still, he'll be pretty happy with his four try assists and 91 Fantasy points on an historic day in Melbourne.

It's been a milestone a long time in the making, but Chris Lawrence's four-pointer against the Titans finally saw him equal Benji Marshall's club-record haul of 76 tries. Lawrence hadn't scored since Round 1 so you can understand why he was so relieved to get across the line on Sunday. It wasn't just Lawrence breathing a sigh of relief as skipper Aaron Woods got off the dreaded nudie run with his first try of the season. Incredibly, it's the third year in a row that he's broken his drought in the final six rounds of the season (Round 25, 2016 and Round 26, 2015).

Scout Report: Round 22 teams wrap
Tough Plays of the Month: July
NRL Power Rankings: Round 22
Round 21 Team of the Week
NRL Snapshot: Round 21
NRL Fantasy winners & losers: Round 21 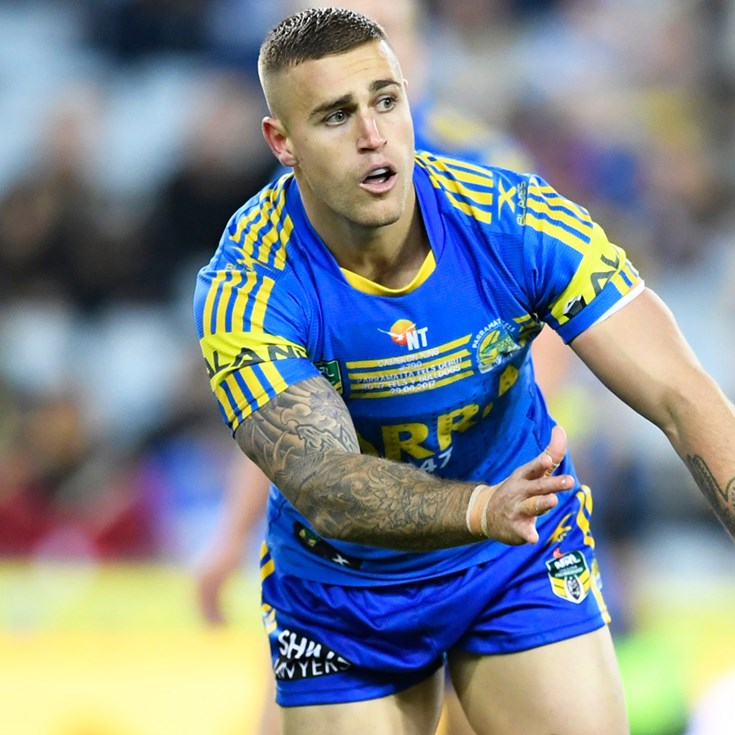 Bulldogs out to spoil parties