Not even seriously injuring one of his teammates will convince Broncos prop Adam Blair to curb his aggressive playing style according to Titans captain Ryan James ahead of south-east Queensland's local derby on Saturday evening.

‌The clash with their nearest neighbour will be the Broncos' first game without Andrew McCullough after the hooker suffered torn medial and anterior cruciate ligaments in his left knee due to a collision as Blair came flying across late to throw himself into the path of Eels centre Michael Jennings as he attempted to chase a kick into the Brisbane in-goal.

The actions of Blair and also Brisbane lock forward Josh McGuire were described by Jennings as "dirty play" and "low" with McGuire accused of deliberately stepping on the ankle of Eels prop Tim Mannah two minutes from full-time.

The aggressive intent that Blair plays with his highly valued by his Brisbane teammates who admire the pressure he applies to opposition playmakers and James doesn't expect to see any less intent when the teams meet at Cbus Super Stadium on Saturday.

"I don't think that will stop him," James said of the friendly fire that ended McCullough's season.

"That's just the style of footy that he plays. He plays an all-out game and he does all his little things for the team.

"You can't really change the way you play in one week just because of a real unlucky accident.

"It's unfortunate but it happened and that's footy.

"He's always out there to compete. He tries to hit you hard and that's all you expect from him.

"Him and McGuire do a good job for them and hopefully we can keep them under wraps."

Titans coach Neil Henry has named Kane Elgey to partner former Bronco Ashley Taylor in the halves for the 14th time this season and expects them both to receive plenty of attention from Blair and McGuire over the course of the 80 minutes.

"Blair plays the game fairly tough," Henry said. "He goes in hard, he looks to unsettle halfbacks and put good kick pressure on, that's been his game.

"Sometimes it's borderline and there was a bit of collateral damage on that one, he ended up hurting his own player which is unfortunate.

"We expect him to do the same. He'll be putting pressure on Ash Taylor and Kane. That won't change, that's what he does."

James was four days shy of his 19th birthday when he played against the Broncos for the first time in a 24-10 defeat and says there is an underlying hatred that has been present since Gold Coast re-entered the premiership in 2007.

As a teenager James would go and sit in the stands and watch the Titans and Broncos do battle but after an even start to the rivalry in which the two teams split the first six clashes three apiece the ledger has become decidedly lopsided.

The Titans have won just two of their past 16 meetings with big brother and each loss has added further motivation to James's desire to inflict another defeat.

"Growing up on the Coast, coming to those earlier games in 2007 and 2008, it was great to watch the rivalry," James said.

"It was just one of those games that you always thought you wanted to be part of.

"I've been part of a fair few of them now. They got us in the semi-final last year and still burns a bit inside the way we went down and obviously at the start of the year they beat us just off the buzzer and we think we can go out there and do a job against them this week.

"They're the older siblings, they're the well-established club up the road and you just want to beat them.

"I don't know what it is. I guess growing up here on the Gold Coast you just want to beat them.

"Seeing the success that they've had it just makes it even more sweeter when you do.

"Hopefully we're one of those successful clubs in the future and we can be the team that they want to be." 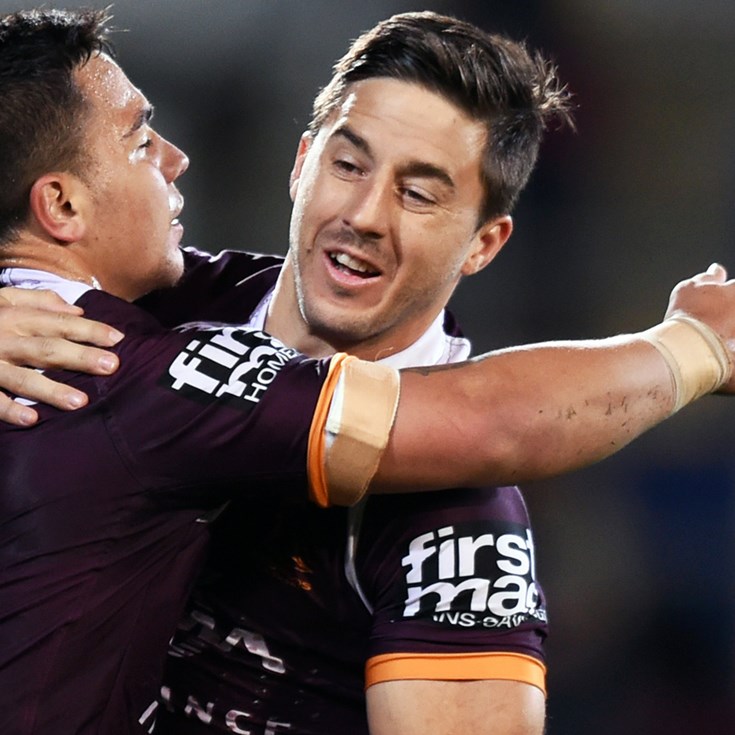