Cronulla's captain and coach were at a loss to explain their poor performance against Canberra on Saturday night but remain confident of finishing in the top four at the end of the regular season.

After two relatively untroubled wins against the Rabbitohs and Warriors, Cronulla were completely off the boil in Saturday's 30-12 loss at home to a fired-up Raiders outfit.

Speaking after the game, Paul Gallen and Shane Flanagan had no idea why after a few good weeks the team seems to switch off for a game but were confident of quickly putting the match behind them and shoring up a top-for finish.

The result leaves Cronulla clinging to fourth place; should they lose to the in-form Broncos at Suncorp Stadium next week and the fourth-place Eels beat last-placed Newcastle, Cronulla will slip out of the top four. With matches against fellow top sides the Roosters and Cowboys to follow that before facing the Knights in Round 26, they could face a battle to return to the top if they slip out.

"It's a tough one [to explain]; we play good for a couple of weeks then put a bad one in," Flanagan said.

"I'm not quite sure what the reason is but we need to get back on the horse real quickly. It's at the pointy end of the season. We can't dwell too much on tonight.

"We're still fourth, there's still four games to go, we win the majority of those we're going to be in the top four. Everyone knows the semi-finals series is completely different but we've got a job to do over the next month still."

‌Gallen agreed with his coach's assessment.

"We put a couple of good [games] together then a not so good one," Gallen said.

"The most disappointing thing about tonight and us as a team, particularly those two [soft tries we conceded], we knew they were coming and still let it in, it's pretty poor by us to be honest. We can't dwell on it, we have to move on."

"It showed last year you finish in the top four you give yourself a real shot. That's our goal and that's what we'll be endeavouring to do over the next month," he said.

Flanagan indicated five-eighth James Maloney would return from a broken hand to face the Broncos and hooker Jayden Brailey would likely be back a week later from a broken jaw. He was not yet sure how serious a shoulder injury to centre Jack Bird was.

"Jimmy [will play] next week. He's trained well and after [Saturday night's] performance we'll be lucky to have him back and Jayden's probably a week later," he said.

"I'm not quite sure [about Bird's injury]. Jack has a bit of a shoulder complaint there, we'll monitor it over the next 24 hours but I don't think it's as bad as it first seemed." 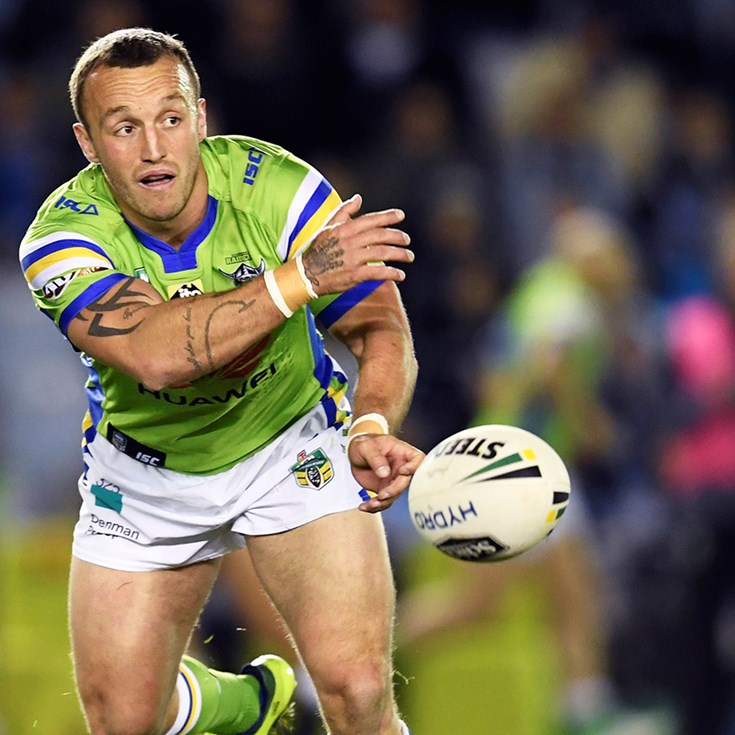