Those words from Kodi Nikorima give a very strong representation of the friendship he and halves partner Anthony Milford share as they look to end the Brisbane Broncos' 11-year premiership drought.

The two will see out the season in the Broncos' No.6 and 7 jerseys and it looks to be a promising combination, with the pair having won seven from seven when starting together in the halves this season.

The duo will look to extend that streak on Friday night when Brisbane face the fourth-placed Cronulla-Sutherland Sharks and they are full of confidence after disposing of the Gold Coast Titans 54-0 in their last start.

Nikorima and Milford starred in the Broncos' record win, linking on a number of occasions to help Brisbane score an astonishing 10 tries.

‌
Their attacking combination has taken years to perfect, with Nikorima revealing the two have been playing together since their days in junior football 10 years ago.

"The last two years we were roomies but they had to split us up. I'm not going to let you know what we got up to. But we're pretty cheeky so they've split us up now. I think it's just a halves thing," Nikorima said.

"It's something we've both really worked hard for and hopefully we can continue that."

Nikorima is yet to lose a match in the Broncos' No.7 jumper, wining seven from seven when wearing the jersey made famous by Brisbane great Allan Langer.

Like Langer, Nikorima is at his best when he is running the ball and that freedom is something coach Wayne Bennett has given him this season.

"Yeah it's awesome [having that freedom]," Nikorima said.

"We're both runners of the ball. That's our strength. We feed off each other. If he sees me running it then he'll start running it and vice versa."

But it is not just Milford who has helped Nikorima develop as a halfback, with the New Zealand international praising the influence of captain Darius Boyd.

A win over the Sharks on Friday night would see the Broncos jump to second position on the NRL table, and with all of Brisbane's remaining matches in Queensland, a top-two finish is a realistic goal for Bennett and his men. 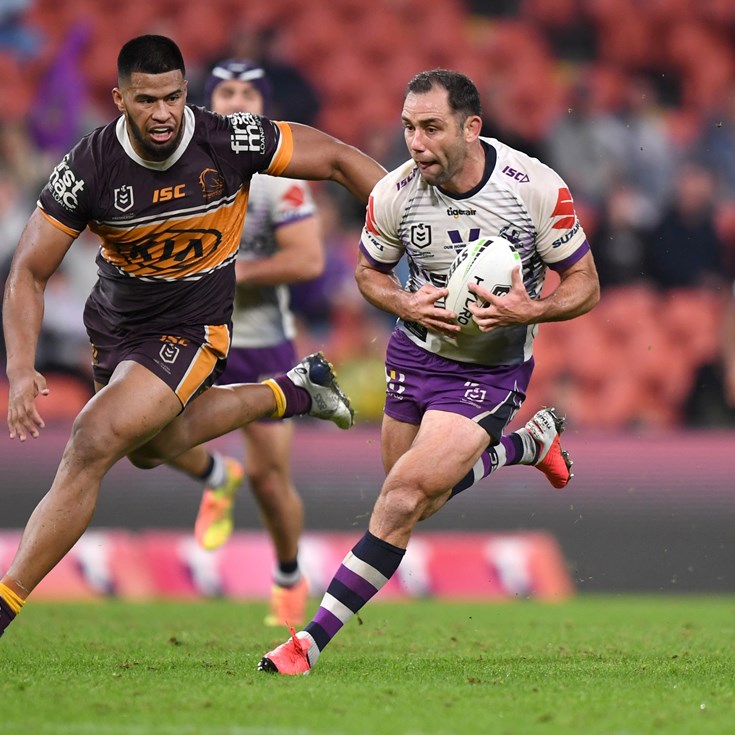 Milford injury could send Boyd back to fullback

No connection, no cohesion - what's wrong with Broncos

Nikorima feels for ‘under pressure’ Milford