Two sides with different reasons to chase victory clash for the second time in a month with the Wests Tigers hosting Manly at Leichhardt Oval.

Newcastle's impressive win over the Warriors last start has given the Tigers some added motivation to finish the season strongly with the Novocastrians now just two points behind them on the Telstra Premiership ladder.

No one wants to finish on the bottom of the competition and Ivan Cleary's men have shown in recent weeks they are keen to end the season on a good note.

It's a different story for the side from the Northern Beaches.

Manly can go from as high as the top four to crashing out of the finals race in the last month of football. An impressive victory over the second-placed Roosters after two losses prior should give Trent Barrett's men plenty of believe with four games of the regular season remaining.

Cleary has made no changes to side that was beaten by the Panthers on Sunday, while the Sea Eagles welcome back Addin Fonua-Blake from suspension.

‌
Why the Wests Tigers can win: Home is where the heart is. The Tigers have never lost four in a row at the suburban ground since 2000 and with three losses on the trot, won't want to rewrite the history books. On their side in 2017 are the referees – they're the least penalised team in the Telstra Premiership in comparison with the visitors who are the second worst outfit with their lack of discipline. If the Tigers are to cause an upset, they'll need to rely on their big men to out-muscle the Sea Eagles pack. Currently, Cleary's forward pack passes more than any other side and they should use that mobility to their advantage.

Why the Sea Eagles can win: The kicking game of the Wests Tigers was a talking point to come out of the loss to Penrith, but at the Sea Eagles under Daly Cherry-Evans and Blake Green, it is down pat. Manly lead the competition in forcing dropouts (43) and are rated the best with inside passing or changing the direction of play in attack – a massive change compared to the home side who rank worst in that department. The combination of the Trbojevic brothers and Cherry-Evans should come into play around the middle of the ruck again with the Tigers struggling in defence with a season-high 725 missed tackles.

‌
The history: Played 23, Wests Tigers 9, Sea Eagles 14. Manly hold an overall lead and have dominated of late but the Wests Tigers have beaten the Sea Eagles in five of seven games at Leichhardt Oval – including a 14-point win in Round 2 last season.

In-form winger Akuila Uate enjoys playing the joint venture with 10 tries from 10 games, while opposite number David Nofoaluma returns the favour with six tries in six appearances against the Sea Eagles.

What are the odds: There isn't any love for Wests Tigers from Sportsbet punters. 90 per cent of the money in Sportsbet's head-to-head market is with Manly, and the Sea Eagles 13+ is the best-backed winning margin option. Not even the points start for the Tigers has been able to entice punters Latest odds at sportsbet.com.au

NRL.com predicts: Hard to see this going any other way than the visitors. Cleary's men will have confidence in knowing they went close at Lottoland but with a top four finish still in reach for the Sea Eagles, they should have too much to play for. Sea Eagles by 14. 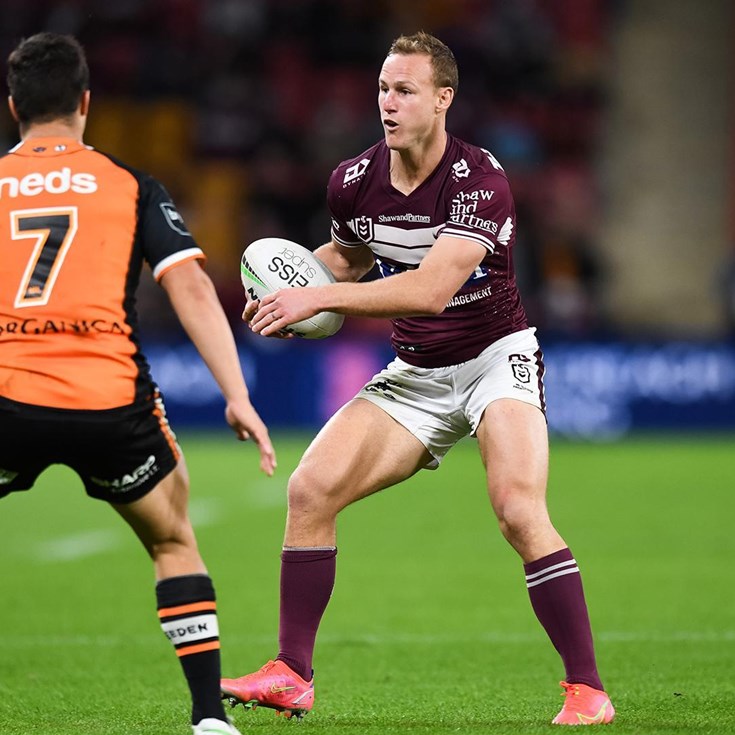