Newcastle have gone back in time this week for their clash with Parramatta, re-watching highlights of the 2001 grand final.

For some of the current squad, they were still running around in nappies when an Andrew Johns-led Knights pulled off one biggest upsets in grand final history over a decade ago against an Eels side that were heavy favourites to take out the trophy.

‌
Both teams will return to the venue for the first time since the historical occasion and co-captain Sione Mata'utia believes it will provide the belief his side can end the Eels' current six-game winning streak as underdogs once again.

"[The highlights] definitely made the boys pretty keen to hurry up and get to the game," Mata'utia said.

"It's no secret there has been some talk [in the build-up this week] and what great memories that was."

Mata'utia revealed club legend Danny Buderus has spoken to the young squad about the night and importance in preparing for a game that people don't expect you to win.

Newcastle is aiming for three-straight victories for the first time since the opening rounds of the 2015 season and will be chasing their first away victory in over two years.

"He definitely had some stories to talk about," Mata'utia said of Buderus.

"They had [a grand final] lunch on the Thursday and talked about what the vibe was like between the two teams. They left there confident they were going to win so we want to take that mindset down there too.

"You want to get that snowball effect happening, but it's all about that week leading up to the game. We're confident we're hitting good form and are getting confidence out of our team performance."

The Knights too can draw inspiration from the rebuild at Parramatta since coach Brad Arthur took over in 2014.

Coming off back-to-back wooden spoons, Arthur has lifted the Eels into a guaranteed finals spot for the first time in eight seasons on the back of junior development and star recruiting.

"They are a crazy good attacking side and have some big boys that run hard," Mata'utia said.

"That's the dangerous part with [Mitchell] Moses in their team and [Corey] Norman who is a renowned strike player. With Norman and Moses anything can happen.

"Across the park we're going to have to be on edge and good defensively to give ourselves a chance to win."

Newcastle have muscled up in defence the past fortnight with the young forward pack matching the more-fancied Dragons and Warriors.

“The forward pack has definitely stepped it up a bit and they’ve improved this season through the highs and lows," Mata'utia said.

"[Mitch] Barnett and Fitzy (Lachlan Fitzgibbon) are playing some good footy while our halves are definitely directing the team a lot better.

"They are reaping their rewards of just training hard throughout the week to improve their game." 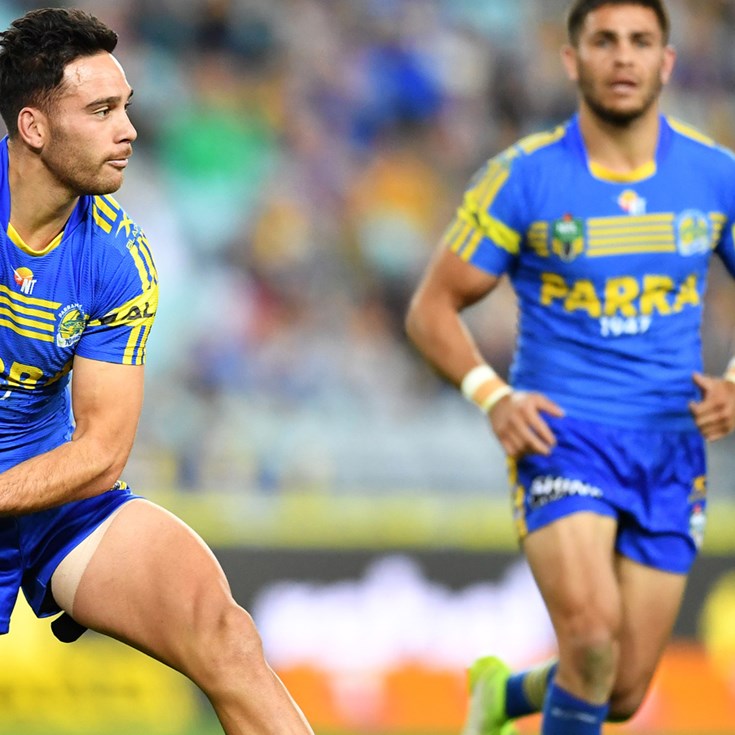 'That wasn't us': Eels desperate for hit-back