Sharks coach Shane Flanagan has denied that his side's premiership defence is in danger of falling apart due to a case of the fumbles but admits their error-riddled ways need to be fixed in the final three weeks of the regular season.

‌Cronulla's completion rate of 59 per cent on Friday night represented their worst handling display of the season and allowed the Broncos to control 60 per cent of possession in their 32-10 win at Suncorp Stadium that propelled them to second spot on the ladder.

Intermittently throughout the season the Sharks have turned in ill-disciplined performances with the ball but have showed tremendous spirit to win three of the five games in which they have completed at less than 70 per cent.

That effort appeared to catch up with them against a confident Broncos team willing to attack from every angle but Flanagan was adamant that it was an issue that could be resolved in as little as 40 minutes of football.

The Sharks have completed at better than 75 per cent in 11 of their 21 games to date but Flanagan denied the problem was endemic of their season, pointing to their lofty position on the ladder through the first 22 rounds.

"I don't think we've left it for 23 weeks. We've lost eight games all year, we've won 13 games so we can't say we've been like that all year," Flanagan said.

"We've beaten Melbourne and taken them to the 70th minute, we've had some really good games.

"Sixty-forty possession in the first half, I thought that was a reasonable score for us, but things like that don't turn around unless you make them and you value possession and do the fundamentals of rugby league right and we didn't do that.

"Yes I agree with you that there's been a bit of an issue all year but it hasn't been every game.

"We need to address it, agreed."

When asked how quickly the problem could be rectified, Flanagan answered: "We can fix it in one game. We can fix it one half."

Playing in his 300th NRL game, Sharks skipper Paul Gallen cut a dejected figure after the game but denied that the team was suffering any mental fatigue that can come with defending a title.

Blues prop Andrew Fifita had little impact on the contest, fellow starting prop Matt Prior had four runs for the entire game and for the second week in a row the pace of the game seemed to be too much for them.

"Not at all to be honest," Gallen said as to any presence of mental fatigue. "Our staff are really good and we were brave in the first half.

"We were energised in defence, we covered each other, we stopped some tries and 60-40 possession rate and we come in at 14-6. With a try two minutes before half-time I felt we were probably on top.

"First set in the second half we kick out on the full and a one-on-one miss and they score.

"I don't think we're lacking drive or energy, I just think it's been an issue for us all year our discipline in all areas of the game.

"At least we know what it is. The big thing's going to be fixing it up.

"The motivation's still there and we still want to win. This time last year we lost three in a row as well so it's not all doom and gloom.

"We can turn it around in one game."

Despite the nature of the loss, Flanagan added that it shouldn't diminish Gallen's achievement to become just the second player to play 300 games for the Sharks.

"I don't want tonight's performance to take away from Gal's 300th," said Flanagan.

"It should be celebrated but obviously we would have liked the win and that's all Gal wanted.

"We didn't get that and we're a team and milestone games are still really important. We've had a really good week for Gal and we just couldn't get the job done today." 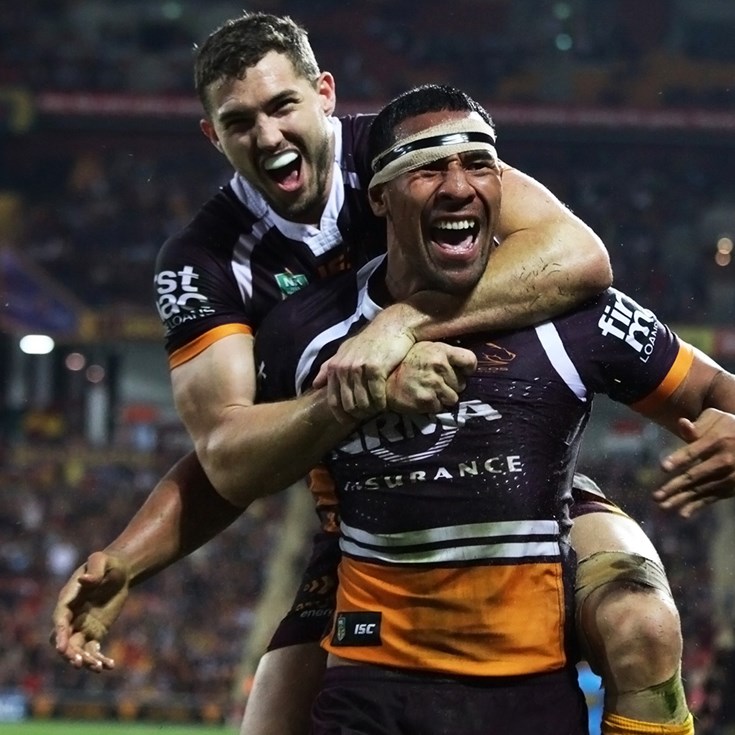 Bennett hits back at Bird rumours