Teenage halfback Nathan Cleary is continuing to reach new heights with each game he plays but his second-half performance against North Queensland to steer the Panthers one step closer to finals football may just take the cake.

The Cowboys were clinical in the opening 40 minutes led by Michael Morgan and Jake Granville around the ruck.

Despite Morgan failing to return to the paddock due to concussion, when John Asiata found a rampaging Jason Taumalolo near the line the visitors led 16-6.

The 19-year-old produced a brilliant try-saving tackle to deny powerhouse Cowboys forward Coen Hess, with just a few blades of grass in it.

Regardless of the debate as to whether Hess got over the line or not, Cleary's next move to pounce on a Tyrone Peachey grubber led to a 12-point turnaround.

"I thought the game was hanging in the balance at that point," Panthers winger Josh Mansour told NRL.com.

"It changed the game and gave us confidence. Everyone found their second wind after that and aimed up in defence, thank God."

‌Panthers coach Anthony Griffin said it could have been the ball game had Cleary not made the tackle on Hess.

Griffin put his team's effort to chase down North Queensland's 10-point lead in the second half to attitude.

And after six weeks of finding ways to grind out victories, the Panthers were experienced enough to get over the line with young guns Dylan Edwards and Tyrone May coming into their own late in the contest.

"Down 16-6 [our attitude] could've gone either way but we played our best footy and hunger for the game," Griffin said.

"But tonight full credit to the Cowboys, that was the story of the night with the injury toll. They hung in and we really had to earn it.

"It was a very desperate defensive game, we scrambled really hard and they probably saved four or five tries in the last 20 minutes."

The Panthers have risen from ninth spot to temporarily be in sixth pending the result of the Sea Eagles and Wests Tigers clash on Sunday.

With no guarantees of what's to come, Griffin wasn't getting carried away.

"You're excited about the win but then straight away you're thinking about next week," he said.

"If we keep winning the ladder will take care of itself and we've got a massive test against the Raiders next week.

"We're going to have to be a lot better than we were tonight."

"We were better than last week but it just got frantic at times, we've got a lot to work on," he said.

"We've worked really hard to get to this point and the season is on a knifes edge."

Penrith could welcome back Trent Merrin next week, although Griffin was not giving anything away when asked if the Australian international would make an early return. 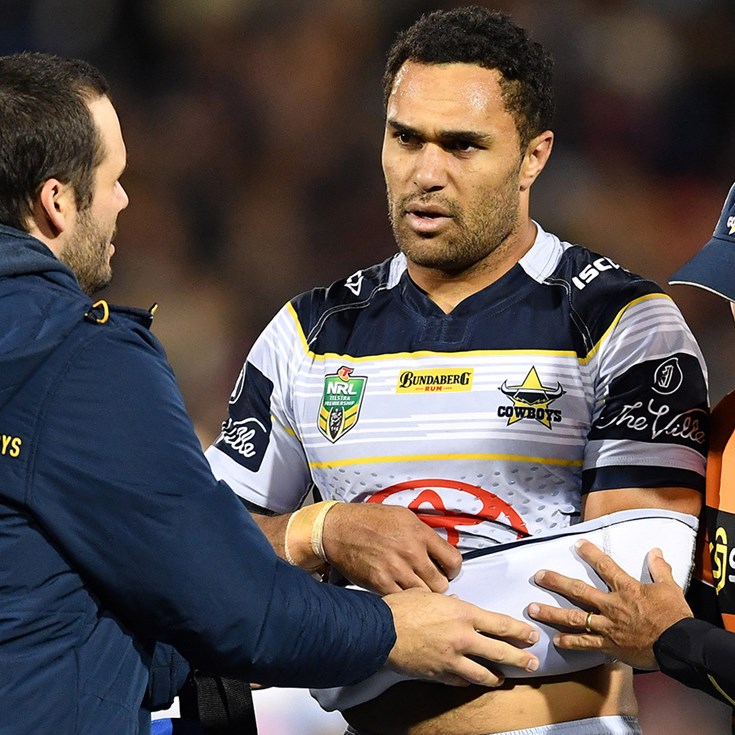