Sam Burgess is struggling for form, Jarryd Hayne is injured, the Storm could rest Cameron Smith, it's do-or-die in the NRL Fantasy head-to-head finals and every point matters.

To help you make the most of your final trades and captaincy decisions, here are my answers to this week's big questions.

Who should I pick as captain this week? - From a lot of people

Here are the pros and cons for the leading captaincy candidates.

Pro: He's the best scorer in NRL Fantasy, has been the best captaincy option all year, and has only scored fewer than 50 once since Round 1 – and that was when he was injured. The last time people doubted him was the week after that injury, and he scored a season-high 91.

Con: Smith loves playing the full 80 minutes but with the Storm having pretty much wrapped up the minor premiership and with games against the lowly Knights and Rabbitohs coming up, now is the perfect time for Craig Bellamy to give his skipper a rest late in the contest. The Knights are in good form and could push Melbourne all the way but if the Storm are in cruise control with 20 minutes left Smith could get an early shower.

Pro: Taumalolo has the next best Fantasy average behind Smith, is more crucial to the Cowboys than ever with the likes of Johnathan Thurston, Matt Scott and Gavin Cooper in the casualty ward, and has scored more than 70 a whopping seven times this season – including a 98 against this week's opponents the Sharks in Round 11.

Con: The Cowboys lock isn't the most consistent Fantasy scorer – along with his big scores he also has six scores below 50 this year. A fortnight ago he made just 41, which would be a disappointing return as captain.

Pro: If you take out Crichton's first four games of the year when he was playing off the bench, the Rabbitohs back-rower has averaged a sensational 67 points a game. He managed to score 50 in 57 minutes last week after surprisingly being benched before kick-off but is named in his usual starting role this week, alongside Cameron Murray who took his place last week.

Con: Souths coach Michael Maguire changed up his team last week, and there's no reason why he couldn't do it again. Yes Crichton's place does look safer with Sam Burgess shifting into the front-row rotation but with the Rabbitohs out of finals contention and keen to give the likes of Murray some time in the top grade the risk remains that Crichton could see more bench time (For the record I'm expecting him to play close to 80 this week).

Pro: A super busy defender who also scores well in attack with a lot of run metres, de Belin is a complete Fantasy player who can score well against anyone. He's averaged 64 in his past five games.

Con: He's only had three monster scores above 70 this year, less than the previous names on this list.

Pro: A rock solid Fantasy scorer who plays 80 minutes a week at lock and generally makes more than 40 tackles and 100 run metres. Averaging 62 in his last five.

Con: Like de Belin, Mannering is a fairly risk-free option, although he does have good-but-not-great scores of 48 and 50 in the past three weeks.

Pro: Cronulla's workaholic captain doesn't need to play the full 80 to post massive scores, and will be fired up for a big performance after having a game to forget in his 300th NRL match against Brisbane last week.

Con: Gallen scored just 24 points last week, taking his three-game average to just 41. He's obviously capable of bouncing back, but it would be a brave move to give the (c) to someone so seemingly out of form.

Pro: An 80-minute hooker who averages 48 tackles a game, McInnes stepped up his attacking game last week with two tries and six tackle breaks for a season-high 94 points.

Con: Another low-risk option, although his season average is lower than the other forwards on this list. He's unlikely to repeat last week's big attacking performance against the high-flying Broncos in Brisbane.

Pro: The best Fantasy half in 2017, based largely on his terrific base stats (tackles and kick metres). His best scores come when he comes up with tries and assists, and he should have the chance to grab a few of those when his Roosters look to snap a two-game losing streak against the 15th-placed Tigers.

Con: Like all backline players Pearce can have his quiet Fantasy games, like a 29 against the Bulldogs in Round 2 and a 38 against the Cowboys a couple of weeks ago. It's worth noting those scores came despite the Roosters winning both those games.

Pro: The form player of NRL Fantasy right now, Cleary is averaging 76 in his past five games and made 92 last week. His 126 in Round 19 was the greatest Fantasy score of all time.

Con: Cleary's recent scores have come during a six-game winning streak for the Panthers, who are the underdogs to beat the Raiders in Canberra this week. He also scored just 39 against the Raiders in Round 14.

So that's my rundown, and I can't tell you who you should make captain this week. The best way to go is to consider your situation (are you the favourite or underdog to win your head-to-head match-up?) and then decide based on that how much of a risk you need to take.

I've got one trade left playing H2H. Do I trade Hayne out or do I hold it for a more urgent trade? I'm playing you this week Scout and in my league I'm sitting first and you're second so make sure it's good and fair advice. - From Dan Bowman

Depends who your back-up options are. Generally I think Hayne is a trade – he's not scoring like a keeper and is injured this week anyway – but if you've got a decent replacement in your squad you could hold that last trade for a more major injury in the last couple of rounds.

Surgess starting at prop, will that affect his points, considering he's carrying an injury? Is it right to trade him out for someone better, or hold? - From Jack Beynon

I can't see Sam Burgess's role changing too much after being named at prop rather than lock but he has been struggling with a ribs injury recently and is likely to continue scoring in the mid-40s rather than 50s. He's been an elite scorer in the past so still isn't a must-sell by any means, but I actually traded him for Jack de Belin a few weeks back and can recommend an upgrade if you're missing one of the top guns in the back row.

Roberts or Gagai to accompany Turbo in the centres? - From Anthony Hall

It's very tough to split these guys. Gagai is in great form and scored a season-high 92 after switching to fullback last week, taking his average from his last five games to 52.8. James Roberts has been a threat all year for the Broncos and is averaging 51.2 in his last five.

Gagai has dual-position status and can cover winger/fullback as well if that helps you out, but otherwise I'd probably lean towards Roberts based purely on each player's likelihood of getting attacking chances – Gagai's coming off three straight wins but his Knights finish the year with tough games against Melbourne, Canberra and Cronulla, while Roberts' Broncos will be favourites to beat the Dragons, Eels and Cowboys. Roberts is more likely to get tries and assists in those games, even if Gagai's new fullback role will give him a lot of tackle break opportunities from kick returns. 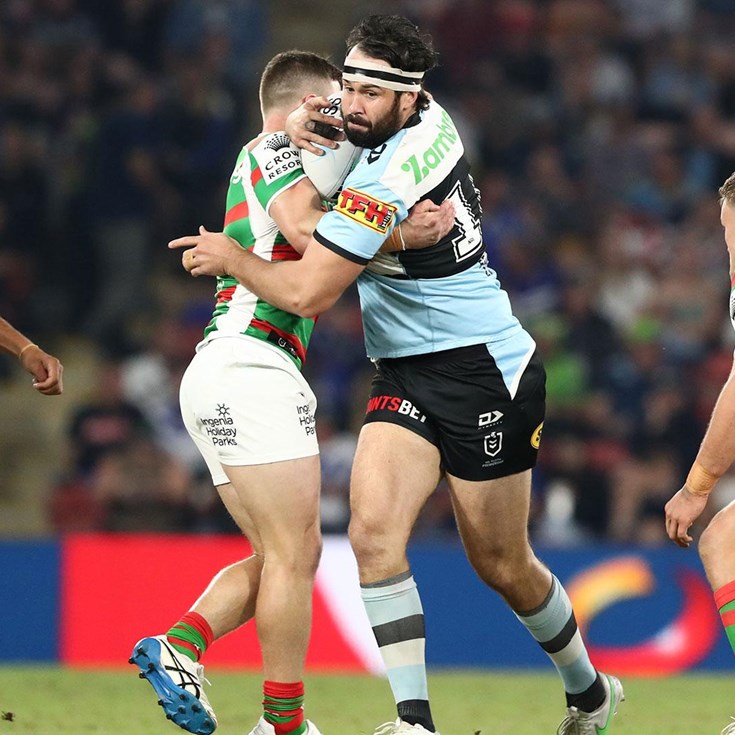