The Bulldogs finally snapped a five-game losing streak and rediscovered their mojo with an impressive 30-16 win that leaves Manly's 2017 finals hopes precariously balanced with two rounds to play.

Much of the talk early in 2017 was whether Canterbury fullback Will Hopoate would even play Sundays but after some discussions and a contract extension it was agreed he would and on the Sunday of Round 24 he delivered something special to set up his team's morale-boosting win.

Hopoate fired three exquisite cut-out balls to set up an early double for winger Marcelo Montoya and a second-half try for centre Brenko Lee. Hopoate also galloped to a match-high 174 metres and busted three tackles in one of his best games of the year.

"Yeah he had a really good game, which is good," was his coach Des Hasler's typically understated assessment.

"He's been pretty consistent, Hop, a couple of nice touches that turned into some good try assists for him."

Manly skipper Daly Cherry-Evans battled the flu in the lead-up to the game but still took the field. While his coach Trent Barrett said the halfback's illness wasn’t a factor in the result, Cherry-Evans was well below the lofty standards he has set this year in what was tracking to be – and could yet be – the strongest season of his career to date.

The strength of his performances to date this year made his virtual absence during Sunday's game stand out all the more.

Cherry-Evans had just one run for four metres in the whole 80 minutes while his halves partner Blake Green also handled the bulk of the kicking, with 10 kicks for 278 metres compared to six kicks for 181 metres for 'DCE'. He fell off Brett Morris that resulted in a try just before half time, was beaten badly by Josh Morris in the lead-up to Brett Morris's second-half try and also spilled the Matt Frawley kick for Josh Morris to score.

"Yeah he's had a rough week but it certainly wasn't a factor in the result," was all Barrett offered regarding the skipper's condition.

Recalled Manly centre Brian Kelly and winger Matt Wright, playing outside of Blake Green and Frank Winterstein had an afternoon to forget off the ball. Both of Dogs winger Marcelo Montoya's tries came about in part through some nice set play work from the Dogs and brilliant passing execution by Will Hopoate – plus quality finishing from Montoya – but to not only concede a regulation set-play try inside five minutes but then concede a carbon copy barely 10 minutes later was a coach killer.

Both plays saw Manly's sluggish line speed – which was a problem right through the game – come back to bite them as the Dogs were allowed to camp on the front foot and get bodies in motion.

Wright rushed in on the first and was caught in no-man's-land on the second but on both occasions the apparent indecisiveness further infield put him on a hiding to nothing.

To make matters worse the same edge was caught out again in the second half with a third deft pass from Hopoate this time putting his centre Brenko Lee in the gap between Kelly and Wright.

Dogs keep up their Manly dominance as defence re-emerges

Canterbury's loss to Manly back in Round 4 was a definite aberration stats-wise. It was the only loss by the Des Hasler-coached Bulldogs against his former club in the past seven meetings with Canterbury racking up six straight wins from 2014-2016. Overall they have extended their dominance over the boys from the northern beaches to 10 wins from 14 meetings under Hasler.

The re-emergence of their energy and desperation in defence was no doubt a key factor. Over their recent four-match winning run, only the 16-8 loss to Penrith featured anything like some defensive resolve as Brisbane (42-12), Parramatta (20-4 despite awful conditions for point-scoring) and fellow strugglers South Sydney (28-14) cracked the Dogs' line seemingly at will.

"For whatever reason tonight the ball stuck and gave us that confidence to go on with the win and on the back of some really good efforts in defence which have been there for most of the year, there were some big try saves there from a few of the boys," skipper James Graham said.

"To knock the ball from [Jake] Trbojevic when he's over the line, that little effort [summed it up]."

Manly vulnerable but fate still in their own hands

For a team that was sitting in third after 19 rounds, to be contemplating the chance of dropping out of the top eight next week is hard to swallow.

The for-and-against hit against the Dogs pushes them to eighth and a loss in Auckland next week would see them drop to ninth if the Dragons beat Penrith in what will be one of the crunch games of the season.

For Barrett though, there is little point scraping into the finals if the team cannot recapture the type of form that would make them a threat against the rest of the top eight if they get there.

"We've got some things to sort out in the next fortnight before we go into a semi final because we won't last long [in the finals playing like this]," Barrett said.

"But we have a tough game over there in New Zealand this week and we just have to go over there and win. Our destiny is in our hands, not anyone else's. If we win both those games and possibly even win one we'll get there but as I said we want to get there with some confidence and make a go of it, not just make up the numbers." 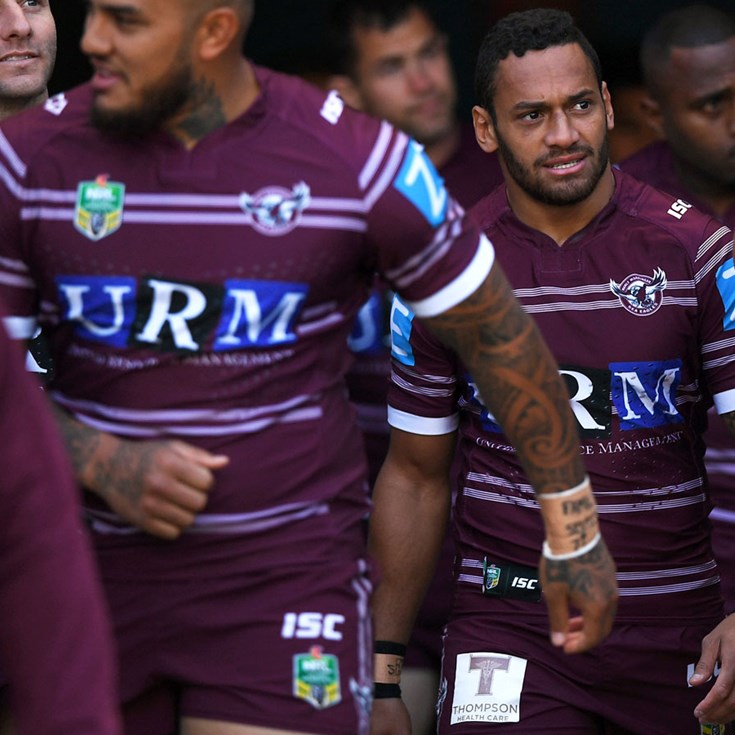