Dylan Napa might never have played rugby league had it not been for one fairly important rule.

"I played rugby union in high school, but when I left high school you couldn't shoulder charge in union so I switched to league," the Roosters firebrand said ahead of his 100th NRL game against the Sharks on Saturday night.

Even experienced code-hopper Sonny Bill Williams is having trouble remembering the rule after he was red carded and then slapped with a four-week ban for an illegal shot against the British and Irish Lions earlier in the year.

Napa and his former Roosters teammate caught up ahead of the opening Bledisloe Test on Saturday in Sydney but didn't discuss whether the New Zealander would return to Bondi after he helped them to premiership success in 2013.

"Probably as much as every rugby league fan I would like to see him back," Napa said.

"He didn't say anything so hopefully he comes back but he's got a pretty good gig at the All Blacks playing inside centre so I'm not too sure."

There's nothing shabby about the career Napa has forged at the Roosters and there'll be added emotion when he runs out onto Southern Cross Group Stadium for his milestone match this weekend.

"I always think about my mum and dad and my brother and sister every game," he said.

"I always have a think about them and I know how much it would mean to my old man (Stan) because he loves football so much and respects all the players so much.

"The olden day era and the new modern day players, he's got so much respect for all the different generations of footballers so for me to play first grade and to be able to play it 100 times, I know how much it'd mean to him.

"I'm really proud of myself because when I first moved to Sydney when I was 17, I never thought that I'd even play one NRL game. To be able to say that I've played 100 games feels like I've represented my family and myself really proudly."

Napa has never been one to shy away from the fight and his on-field leadership during last year's struggles spoke volumes about the man he is and the value he brings to the foundation club.

His form in 2016 would have warranted State of Origin selection but Napa's hopes of making his Queensland debut were dashed when he and several Maroons hopefuls broke curfew at an Emerging Origin camp and as a result, weren't considered for last year's campaign.

That's all in the past, however, and Napa can now proudly say that he's won an Origin series and is well and truly in the mix for the Kangaroos for the end of year World Cup.

"It made me really grateful of the position that I was in," he said.

"It's no secret that there were a bunch of guys that were not eligible for selection for a whole year, and once I got presented my jersey, it made me realise how grateful and fortunate I was to be in the position that I'm in. It was nice to see my last name on the back of a Queensland jersey, that's for sure.

"I don't really think about anything else that people think or promises that I've made to anybody else or stuff like that; I feel like I earned the Origin jersey and that was a little personal goal that I set myself at the start of the year.

"At the start of the year you set your personal goals then your team goals so I was really happy to get that personal goal, but now there's the ultimate goal of a premiership that we're in a good position to try to compete for."

Roosters co-captain Jake Friend acknowledged the significance of Napa's impending milestone and said an Origin call-up was recognition for his performances in the red, white and blue jersey over the years.

"I think it's a massive achievement for Dylan. The boys will all be looking forward to putting a massive performance in for him," Friend said.

"To see him this year play Origin, as a mate and a teammate it was awesome to watch and I thought he was really good in his first series. For him, there's plenty more rep footy and footy left in him and I think he'll only get better and better." 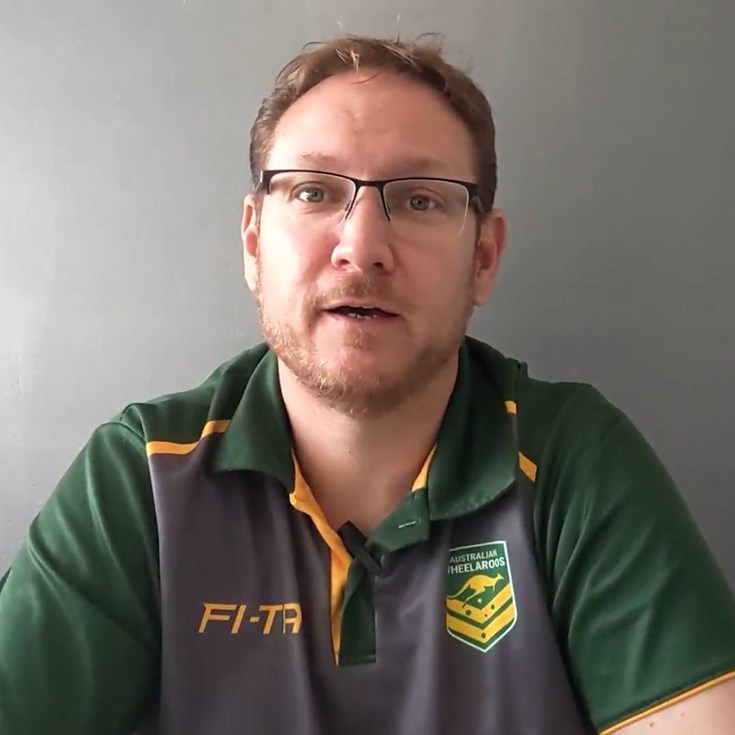 Napa escapes ban over fears players will be targeted