It's the penultimate round of the Telstra Premiership regular season, meaning it's grand final time for most head-to-head leagues and preliminary final time for others. Every point is crucial in these last two weeks so to help out here are my answers to this week's big Fantasy questions.

Is Cameron Murray the real deal?
From Lachlan Rewcastle

He might be a Fantasy gun in the making, yes. The young Rabbitohs forward has played his way into the No.13 jersey in recent weeks, with the Bunnies giving him a shot in the starting side with the club's finals chances gone, and he's repaid them with some impressive performances. His minutes have slowly climbed and so have his Fantasy scores, from 16 in 25 minutes in Round 19 to 43 in 50 minutes in Round 22 to a whopping 84 in 80 minutes last week.

Bear in mind that last score came with no Sam Burgess in the Rabbitohs team, and Souths' hardest-working forward returns this weekend. Also keep in mind Murray scored 49 in 69 minutes the week before – a good effort, but no better than a big group of experienced second-rowers.

Still, he's great value at $277,000 and is every chance of playing big minutes in the final rounds of the season regardless of whether Burgess is in the line-up. If you want to trade out a mid-range 2RF, Murray or Newcastle's Lachlan Fitzgibbon ($383,000) are your best bets.

‌
Trade Gillett or Surgess out? And for Crichton or Taumololo? Bear in mind I support Tigers and I want them to shut Lolo down!
From Daniel DeWildt

In that case, I'd probably go Gillett – who's a solid 50-point scorer on average but isn't consistent – out for Crichton. Taumalolo is a gun as well of course but cheering on a player who is playing against your club can really start to make you question your loyalties so avoid it if you can.

Hi Scout, JDB or Taumololo for captain? (Crichton vs Storm is less tempting, Gallen maybe, but those two seem top pick this week).
From Peter Li

Both Jack de Belin and Jason Taumalolo look like good captaincy bets this week. De Belin is very consistent, with just one score below 47 all year (a 40 against Melbourne back in Round 9) and an average of 62 in his past five games. Taumalolo has a better season average but is more hit-and-miss – with seven scores above 70 but four scores below 45 this year. Both have also already posted massive scores against this week's opponents: Taumalolo piled on 88 points against the Tigers back in Round 6, while de Belin's season peaked early with a 92 against Penrith in Round 1.

I'd go the more reliable de Belin as a safe bet if you're favoured to win your head-to-head match-up, or Taumalolo if you're the underdog.

‌
Is Nathan Brown a decent option as captain over Lolo, Smith and McInnes?
From Joshua Long

Brown is certainly in the captaincy discussion, averaging 64 since the start of the byes. His Eels might be underdogs against Brisbane this week but that usually translates to high defensive workloads and good scores for Brown, who made 68 against Brisbane a month ago, 71 against Melbourne back in Round 18 and 75 in a shock loss to Newcastle a couple of weeks ago. He hasn't scored less than 50 since the start of June so should be relied on for 55-75 points this week.

Hi Lone Scout, who do you prefer for this week between Mansour, Rapana & Edwards?
From Nick Koutellou

All three of these guys look like good bets. Dylan Edwards is in my team and will stay there with a steady output of run metres and tackle breaks at the back for Penrith, while Josh Mansour is in season-best form after back-to-back 70s. For that reason I'd go Mansour or Jordan Rapana, who already has a century to his name this season and could add to his try-scoring tally at home against the Knights. 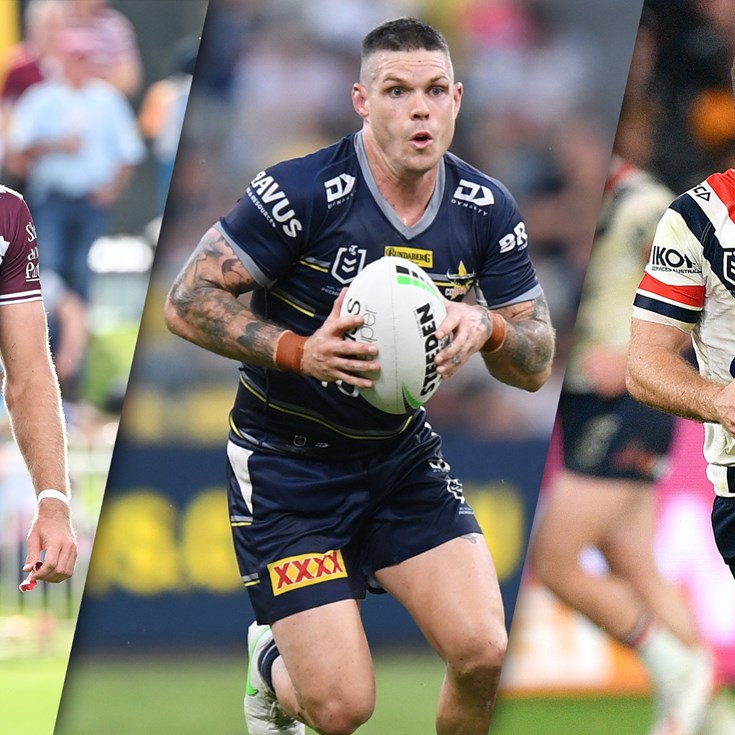