Bulldogs pair David Klemmer and Josh Jackson had their first taste playing alongside embattled fullback Jarryd Hayne for NSW in 2017 and are on alert for a fired-up Gold Coast Titans outfit on Saturday.

‌Fresh after sacking coach Neil Henry, the Titans have been forced to defend the part Hayne has played in the saga with ongoing reports of a feud between the pair the main reasoning behind the well-respected mentor's departure.

Hayne has struggled to make in-roads on the Gold Coast after signing one of the biggest contracts in NRL history just 12 months ago.

With a big wage comes expectation and the 29-year-old will be out to prove he is committed to the Titans' cause in the final fortnight of the regular season.

"They're going to come out firing with their coach getting sacked and a lot of adversity," Klemmer said of the Titans.

"[Jarryd] will be looking for a big game with the stuff around him.

"He's a game-winner and records show he can win you a footy game. We've got to get the mentality to go up there for a big game."

Jackson was adamant Hayne's teammates would rally around the Blues representative and be up for the contest.

"Teams that are under media scrutiny usually want to put in big performances and particularly what's happened with their coach," he said.

"He'll respond well and is a world-class player. Any time he seems to be under the pump he usually comes up with a big game."

The Bulldogs have made headlines of their own this year and continue to steal the limelight with ongoing speculation several player's futures remain undecided and their own coach in Des Hasler is no guarantee to last beyond the 2017 season.

Klemmer's future is understood to be secure after early-season speculation he was unhappy with his playing contract.

He was reluctant to speak about the current situation with some of his teammates.

"I'm too busy training and winning footy games, there's a lot going on at the moment and I don't know what everyone else's situations are," Klemmer said.

"I don't go asking questions and want to know how their lives are going, it's common sense it's a business.

"That's what the management need to work out.

"The board members are the people who dictate what happens [with Hasler], I've got no say and am here to represent this club."

Klemmer admitted the side felt a sense of relief but were left unsatisfied following their 30-16 upset over the Sea Eagles on Sunday.

"We know in the sheds we should've done that a long time ago," he said.

"We were scratching our heads after the game wondering where it's been but that's the sort of football if you complete your sets and build pressure then that can happen.

"That's how we're meant to play and it's disappointing but at the same time we were happy as well.

"We'll take a lot from that game, we haven't performed well this year and obviously it shows in the scorelines.

"We've had a shocking year but after the win last week have to build on that confidence." 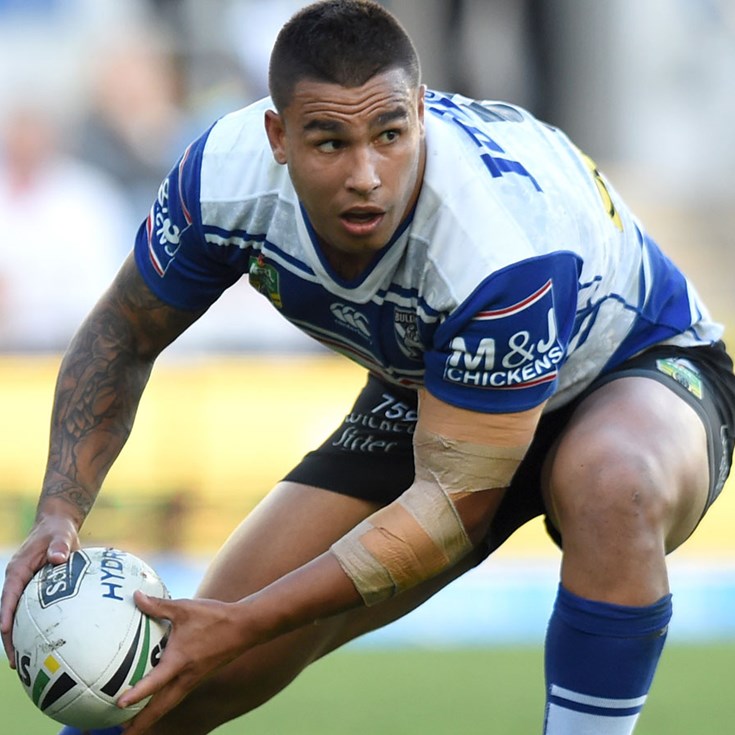 Graham a fit for anyone: Jackson