Less than four months after having his co-captaincy responsibility stripped from him for an incident whilst in camp with the Kiwis Kevin Proctor has been reinstated as captain of an almost unrecognisable Titans team for Saturday's clash with the Roosters.

‌
While re-installing Proctor as captain may have been a straightforward decision for co-coaches Terry Matterson and Craig Hodges, filling the team list on Tuesday with 21 names was a more complicated task.

As it stands there are six players named in the 21-man squad still eligible for the under-20s team and there are seven further players either not contracted to the club for next year or in the case of Leivaha Pulu leaving to join another NRL club.

The Titans originally named Moeaki Fotuaika in the extended squad but had to replace him with Kobe Tararo when it was discovered that Fotuaika is still yet to turn 18, the minimum age requirement to play in the NRL.

Such is the injury toll that started badly and has somehow got worse for the final game of the season, Pulu has been named to start in the centres and Keegan Hipgrave is a strong chance to become the 10th Titan to make their NRL debut in the 2017 season.

Ryan James (ankle), Nathan Peats (shoulder) and Tyrone Roberts (shoulder) will all be sent to have surgery this week in order to get a head start on their rehab with Jarrod Wallace's three-game suspension also contributing to the dwindling playing stocks.

There are still players in the 21 named who are under an injury cloud and while Matterson didn't want to name them, he said making Proctor captain was an easier decision.

After being suspended by the club for four weeks, fined $20,000 and ordered to undertake 50 hours of community service, approval was needed by Titans management before Proctor could lead the team again but Matterson is adamant he has served his penance.

"We're a club and a team in need at the moment," Matterson said.

"Kevvie is one of our most senior players and he was the captain at the start of the year. He's done some rehab, he's done some work in the community and he's ready to go.

"His form's been outstanding as well so he's just a natural choice."

Although the task of defeating the high-flying Roosters is a daunting one, Matterson believes that the Titans can actually draw some strength from how their opponents this week have bounced back after a horror 2016 season.

Morgan Boyle, Max King, Ben Nakubuwai and Phillip Sami have all made promising starts to their NRL careers this year and Matterson expects they will contribute to a stronger playing group in 2018.

"They're the positives, Morgan Boyle, Maxy King, Phillip Sami, those guys getting opportunities," he said.

"We'll see the effects of that next year with those guys getting a lot of game-time. Ideally they wouldn't have played as much as they've played this season but we'll get the benefits.

"The Roosters have got the benefits of what happened to them last year and hopefully we'll get the same benefits." 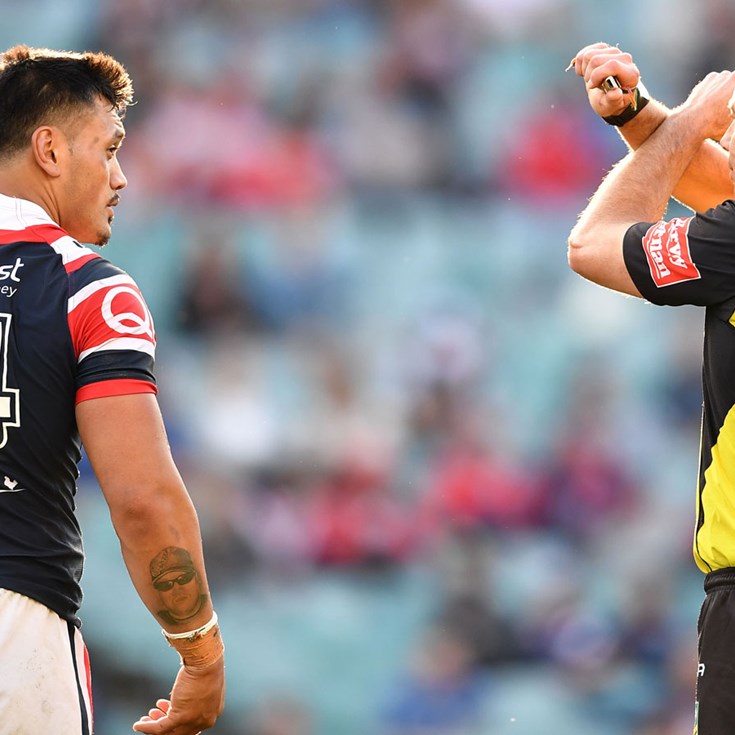