Gold Coast Titans forward Jarrod Wallace has been suspended for three matches for a shoulder charge on Bulldog Moses Mbye.

Wallace was hit with a grade three charge over the hit in the 17th minute of the Titans' loss to Canterbury on Saturday.

Musgrove pleaded guilty to a grade one shoulder charge on Melbourne prop Jordan McLean, while Chee Kam has been suspended for a shoulder charge on Cowboys halfback Micahel Morgan and McIlwrick will miss a match due to having carryover points to his name after copping a dangerous contact charge over a tackle on Cowboys winger Kyle Feldt. 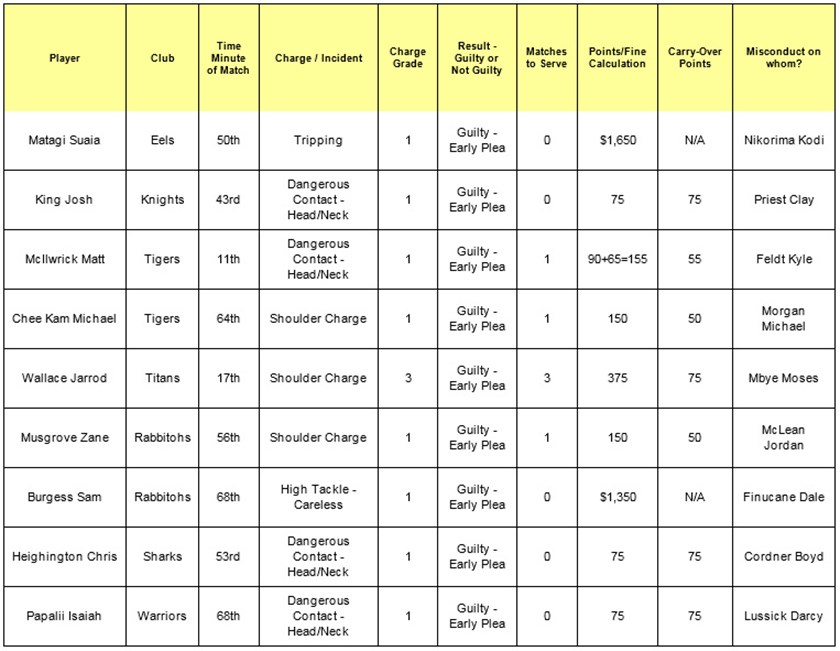