They're two of the most passionate and successful coaches in the NRL Telstra Premiership, so you'd think books like 'The Art of War' and other battle-themed tomes will get a read before Saturday's Storm v Raiders match.

Craig Bellamy and Ricky Stuart are good friends with a long association. They played together in the Raiders' 1990 premiership-winning team and coached alongside each other at State of Origin and Test level, along with 15 years against each other in the NRL.

The Storm mentor says any coaching rivalry will get put aside for a brief moment ahead of the game.

"I'll catch up with him today, have a cup of coffee, then basically a battle at a thousand paces I suppose when we come together," Bellamy said.

"We'll see each other after the game. I played all my career at the Raiders, so there's a soft spot I suppose for those guys.

"It's always good to catch up (with Stuart) but it's only for half-an-hour, then its business as usual."

‌Bellamy admits it's not ideal when the Storm can't improve or worsen their position going into the Round 26 clash.

"It doesn't help - I wouldn't say we look forward to these sort of games," he said.

"If you're going into a game not really caring about the result or your performance, that’s not what we're about and it's not the case."

Bellamy is wary of the Green Machine's attacking potential and some of their big forwards creating issues.

"They've got some good structures as well and some dangerous individuals, guys that can carry the ball really well, really strongly," he said.

"They're a big mobile side – third for points scored and not be in the top eight – and pretty dangerous footy team. I know their coach really well, so every game will be important to them.

"They'll be coming down here looking to play really well." 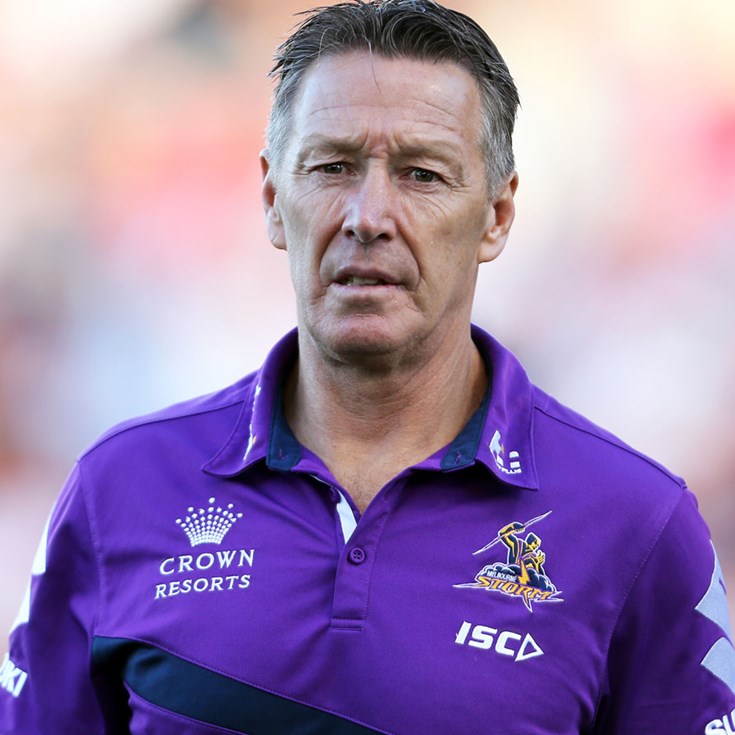 NAS reflects ahead of milestone game

Finucane, Glasby to miss Round 26