Heading into Sunday's Round 26 Telstra Premiership clash against the Wests Tigers, the Warriors are perched precariously on the verge of making history for all the wrong reasons.

A loss at Leichhardt Oval will make it nine-straight defeats for the Kiwi franchise, setting a new record for their worst run ever in a single season, and confirming they will finish their 2017 season without a win in three months of football.

‌While some players this week said they weren't aware of the record, and others brushed it off, playmaker Ata Hingano confronted the issue with refreshing honesty.

"It definitely gets to you, especially with the scenario going on with the club. We have got to get a win this week, because if not there's that nine-game losing streak and history for the club," Hingano told NRL.com.

"It does kick in a lot more when you find out those sorts of things.

"I know for each one of us there is drive too, because we don't want to be the club that everyone looks down on.

"It does motivate you, and so it should, we have got one more week, one last game, to prove ourselves and get on the right foot for next year.

The Warriors will head into the final round of the regular season off the back of a heartbreaking defeat to the Manly Sea Eagles, which saw them blow a seven-point lead with five minutes to go and lose 22-21 in golden point.

But coach Stephen Kearney said he had no concerns about his side's attitude or confidence levels ahead of Sunday's match.

"At the time it [the Manly loss] was obviously pretty disappointing, but they have come back in with a high spirit," Kearney said.

"Their attitude and their energy has been wonderful given the circumstances.

"They did a lot of things right on Sunday, what they didn't do right ultimately cost us the game in the end, so it was about making sure that they understood that." 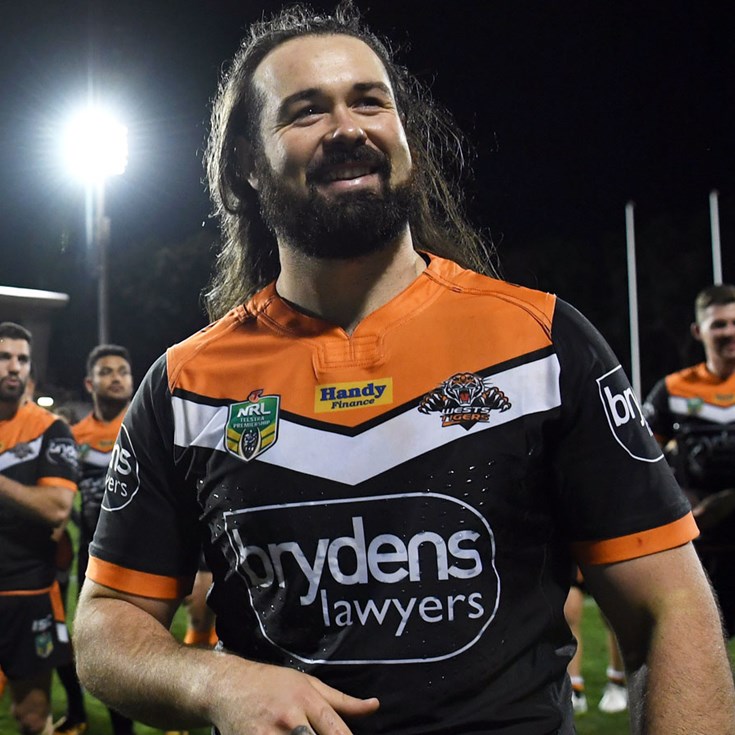 Emotion yet to hit Woods

Johnson and Foran ruled out

Hingano on standby for wounded 'SJ'