The Holden Cup finals kick off with the Broncos and Knights set to do battle at Allianz Stadium for the right to keep their season alive.

Both sides are coming off virtual elimination final wins last week with Brisbane rallying in the second half to pip the Cowboys courtesy of a last-gasp penalty goal while the Knights stunned the table-topping Sharks to sneak into the top eight.

The Broncos claimed a 40-12 win over Newcastle in Round 19 and will head into the game on a three-match winning streak over top-eight teams.

Why the Broncos can win: Newcastle will be breathing a sigh of relief that Broncos enforcer Payne Haas won't be there on Friday night. Haas destroyed them in Round 19 with three tries, 12 tackle busts, four offloads and 233 running metres, and while he'll be on the sideline this weekend, the Broncos aren't short of big men. Patrick Carrigan – who joined Haas in the NYC Team of the Year – has been in scintillating form and has made the most of his recent move to the front row. Carrigan has played 80 minutes at prop in each of their last three wins and carried the ball for 305, 165 and 198 metres and could have a field day against Newcastle's smaller pack.

Why the Knights can win: Todd Lowrie's men haven't been afraid to promote the ball this season, with Newcastle's 250 offloads the most of any side in the NYC. Halfback Hayden Loughrey (35) and prop Cameron King (33) rank in the top 10 amongst players, and their second-phase footy should cause all sorts of problems for Brisbane's big men who must contend with guys like Matt Cooper in open space.

Sunday's smorgasbord of rugby league gets underway with the Cowboys and Manly set to square-off on neutral territory in a must-win game at Allianz Stadium.

The Cowboys could have avoided this situation had they knocked off the Broncos in Round 26 but went down by two points after squandering a 22-8 lead early in the second half. There were some nervy moments for the Sea Eagles who snuck into eighth spot by seven points on for and against despite being smashed at home by the Panthers.

There was mixed judiciary news for the teams with Corey Horsburgh cleared to play after he had his high tackle charge downgraded, while the Sea Eagles will be without skipper Jesse Martin after he was hit with a two-match ban for a dangerous throw.

Cowboys superstar Kalyn Ponga has been named on the extended bench and is a chance to return from a rotator cuff injury.

Why the Cowboys can win: Given the player turnover from year to year, it's probably not prudent to rely too heavily on a team's success rate over another side in the Holden Cup. However, it's a hard stat to ignore when these sides are concerned given the Cowboys have won five of their past six matches against Manly – including a 28-20 victory in Round 3 – with their last loss coming in the 2015 preliminary final in what was one of the greatest upsets in NYC finals history.

Why the Sea Eagles can win: He's made the No.7 jersey his own in the back half of the year and Cade Cust looms as the trump card after Sea Eagles coach Wayne Lambkin dropped a selection bombshell by naming his star halfback on the bench. Having played all over the park in 2017, Cust has looked settled in the halves with 17 try assists and nine tries of his own which makes his demotion hard to read. He's joined on the bench by Billy Bainbridge who has played three NRL games and will provide plenty of energy when thrust into the action. 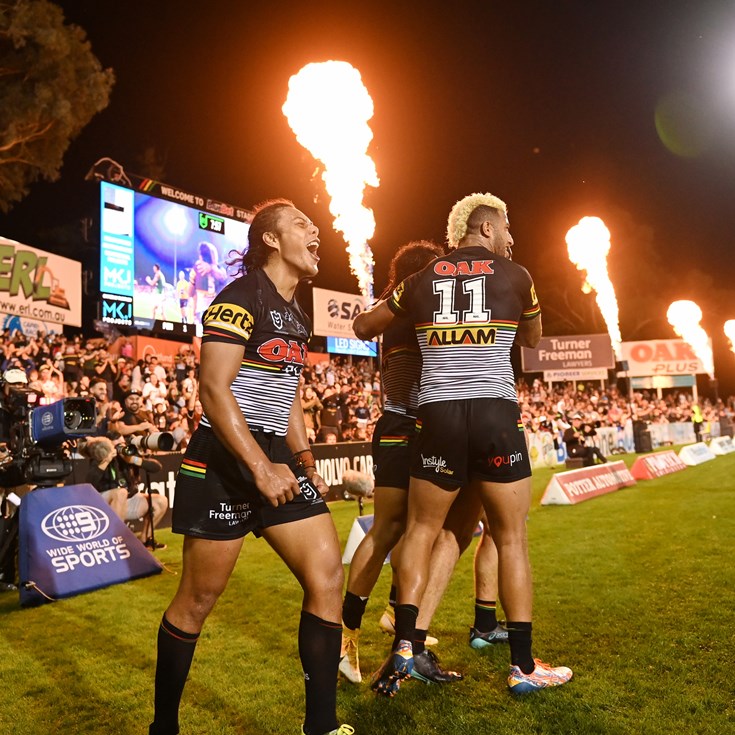