A large graffiti art portrait of Cameron Smith in iconic Hosier Lane ahead of his record-breaking 356th game against Parramatta on Saturday demonstrates the standing of the Australian, Queensland and Storm captain in Melbourne, as well as the NRL.

Smith, who will surpass Darren Lockyer for the most premiership appearances in the game's 109-year history, has been trending on Twitter in the lead up to the match through the creation of a specially designed #Cam356 Twitter hashtag and his own emoji in honour of the milestone.

There is also a campaign and petition to have a gold statue of Smith erected at AAMI Stadium, where he will be presented with a special medal struck to honour the occasion by NRL chief executive Todd Greenberg.

Before the game, Smith will run through a special tribute banner, while former club and representative team-mates Greg Inglis, Johnathan Thurston, Stephen Kearney and Matt Geyer will be pay tribute to him on the field.

It has been a week of unprecedented celebration for a record few will see bettered as the 34-year-old is playing as well as at any time in his illustrious 15-year career and has indicated he may play beyond his current contract, which finishes at the end of next season.

The only current players to have played more than 300 matches are Cronulla forward Chris Heighington (316) and Warriors backrower Ryan Hoffman (305), and both are considered closer to retirement than Smith.

The NRL and Storm have worked together to ensure the milestone receives the recognition it deserves, with the medal awarded to Smith the first to be presented to players who achieve significant records in the game under a new concept designed by the NRL's Awards and Recognition Committee.

There has also been an ongoing social media campaign featuring numerous tribute and career highlights videos, a series of graphics highlighting his many achievements and the #Cam356 hashtag and emoji.

A more tangible acknowledgement is the graffiti art portrait of Smith in Melbourne's Hosier Lane, which was painted by Aaron McAviney and immediately attracted interest from locals and tourists alike.

"I wanted to do it is as large as possible on the wall to signify how big and how monumental the achievement is," McAviney said.

"People were filming it and taking photos, and a lot of them recognised it was him even when I was sketching it and doing the base coats, but they didn't really know about the record so it was good to create a bit of hype, and they were keen to watch the game this weekend."

The fact McAviney's artwork of Smith was identifiable to so many visitors to the iconic laneway highlights how entrenched the star hooker and the Storm now are in Melbourne.

At the start of Smith's career in 2003, Storm players were largely anonymous in Melbourne and few would have noticed if he stood on the MCG during an AFL match watching his son take part in an Auskick demonstration – as Smith did at the recent Sydney-Hawthorn match.

However, average crowds of 18,374 for Storm home games and a predicted sell-out at AAMI Park for Saturday's finals clash with Parramatta demonstrate that the club is now part of the culture in AFL-mad Melbourne.

On the last weekend of the AFL regular season, Smith's record-breaking achievement dominated the back page of Melbourne's Herald Sun, with a photo of the Storm captain and team-mates and coaching staff in special Cam356 t-shirts.

During a hectic week of media commitments, Smith has also done interviews with Lockyer for Channel Nine, Peter Sterling for Fox Sports and Triple M and Nova's Melbourne breakfast radio programs, as well as attending a press call in Sydney with other finals captains. 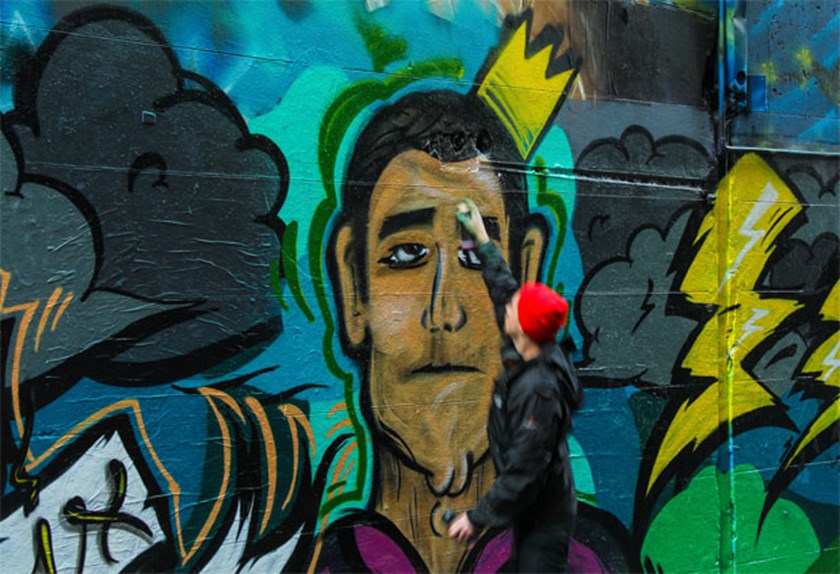 Taukeiaho takes it up against Panthers