Storm second-rower Felise Kaufusi says their close victory against the Eels on Saturday's qualifying final was a real confidence-booster for his team.

Kaufusi contributed 107 running metres and 25 tackles in an 80-minute performance, helping Melbourne to an 18-16 victory at AAMI Park.

"It was pretty awesome we could hold out a side like Parramatta, with all the firepower they've got," Kaufusi said.

"I think we can really take some confidence out of that leading into the prelim."

‌The second-rower also played a leading part in the Storm's flamboyant try after half-time, when the ball went through 10 sets of hands. His line break allowed Nelson Asofa-Solomona to offload for Kenny Bromwich's crucial score.

What was going through his mind when he saw the try line?

"I probably got lucky and offloaded to big Nelson, and he got one away to Kenny to finish it off. It was pretty special.

"It definitely did give us a boost when Kenny went over. Everyone rushed over and congratulated him. I think that was a big turning point for him getting that try."

Kaufusi is the only Storm forward to play all 25 games this season. He said the Eels match was noticeably tougher than any of Melbourne's previous encounters in 2017.

"I think there's a few of us boys who haven't experienced that finals footy yet – me as well," he said.

"To get a taste of that was something different. The intensity is completely different to 26 rounds.

"It was a tough game and a different brand of football." 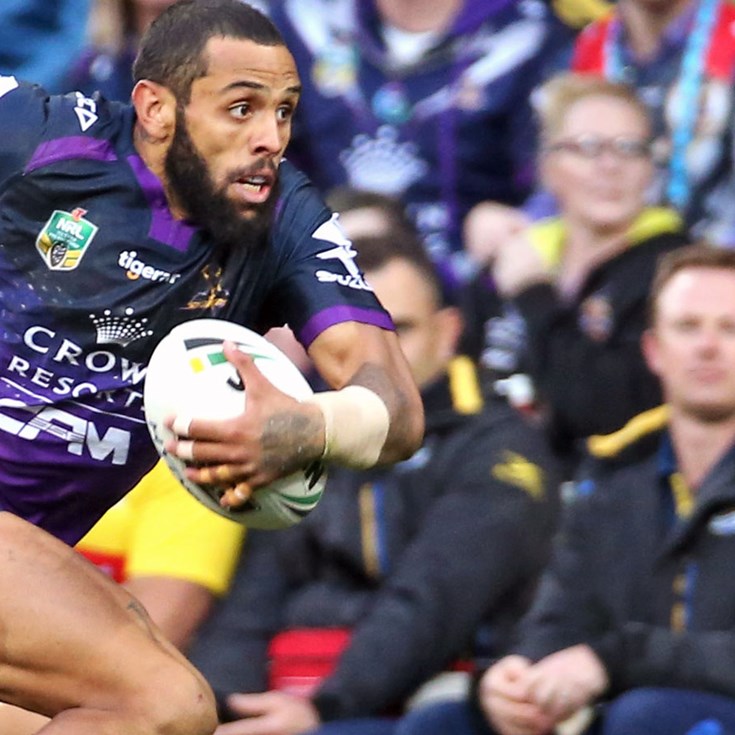