It will be an important week on the training paddock for the Holden Cup Sharks as they prepare for a sudden-death semi-final against the Manly Sea Eagles.

After finishing as minor premiers the NYC Sharks were upset by the Parramatta Eels last weekend, meaning this Saturday night their season goes on the line as they look to stay alive and challenge for the under-20s title.

However while the intensity steps up a notch at training and on game day at this vital stage in the season, off the field this group of young Sharks go about their business in a whole range of different areas of study and employment, with few outside of family and the teams’ inner sanctum realising the commitment required to be an NYC player.

Sharks Wellbeing and Education Manager Jordan Atkins works with the NYC boys daily, concentrating on making sure their learning and development is in place away from the field, rather than concerning himself too much with their tackles and hit ups on it.

“We get great support for everything we do in the education and welfare space from the NRL head coach, all the way down the chain,” Atkins said. “John Morris is very supportive of what we do, making sure the boys have a football, work and life balance.

“It’s not always easy for them, but I’m proud of the way the boys handle the responsibilities of mixing their study, apprenticeships or their work, with their playing and training commitments.”

On game day the NYC Sharks get the chance to play under the bright lights and on the big stage, in NRL stadiums in matches played before the stars of the game.

But in contrast to their senior counterparts, Holden Cup players get up each morning and go to work, ‘real’ jobs on construction or building sites, at Sydney Airport, as groundsmen and greenkeepers. They attend university, TAFE or study courses and unless a part of the full-time NRL group, are bound by the no-work, no-play guidelines.

Some of the young Sharks will be on a work site by 6.00am in the morning, working through the day before starting at training around 4pm on at least three, sometimes four nights a week, not arriving home until 8-9pm that night.

Others will scramble their weary bodies out of Southern Cross Group Stadium or the Sharks Academy at Cronulla High late of an evening, before hitting the books ahead of a University exam or with an assignment due the next day.

It’s an arduous workload, but one they embrace as they chase the NRL dream.

This week stand-in NYC skipper Billy Magoulias was singled out from the entire Holden Cup competition in being named the Rugby League Players Association Academic Player of the Year and as a member of the RLPA Academic Team of the Year.

Magoulias, who is studying a Bachelor of Business, was also selected in the NYC team of the Year, and played NSW 20’s.

He is a player of the future but also a young man setting himself up away from and outside of the game.

Regular Sharks captain Jack Williams, currently sidelined with injury, is a carpentry apprentice, as is his teammate Zach Faulkner.

Will Kennedy and Aperramo Lualua are Greenkeeping apprentices with Green Options, Briton Nikora has a crane operating qualification, Bessi Aufuga Toomaga works on the Qantas Ground Crew at Sydney Airport.

Then there is Josh Carr, a hard-running forward in Morris’s team who would be only too happy to cut your hair in his job as a barber at Men’s Republic in Cronulla.

Wandering the halls at Sharks Leagues Club working as a Sport and Recreation Community trainee, Isaac Lumelume attends schools, conducts junior clinics and contributes to the Sharks community program on a daily basis. A Pasifika Community Award winner in 2017, Lumelume represented the NSW Under 20’s this year.

The list goes on, with Sharks young gun Jesse Raimen training full time with the NRL squad and completing a Diploma of Youth Work at the same time, a course he attends alongside Sione Katoa who also works as a Teacher’s Aid at Lawrence Hargrave school.

The NYC’s all-time point-scoring record-holder Kyle Flanagan is studying a Bachelor of Construction management, Kalani Pewhairangi Charlie a Bachelor of Maori Cultural Studies and Blayke Brailey and Luke Metcalf Cert 3 and 4 in Fitness, with the pair readying to move into more advanced courses of study in the near future.

And that’s just scratching the surface, with all 30-plus NYC squad members working fulltime or studying.

When time allows, the under-20s boys will also attend community events on behalf of the club, at clinics, in schools and often wherever required, case in point being the NYC team hospital visit to the Sydney Children’s Hospital where the entire squad turned up to brighten the day for kids battling illness.

It’s tough competition on the field as the up and coming stars battle for the Holden Cup prize.

Behind the scenes life is also demanding, but at the same time rewarding, with the Sharks boys embracing the challenges and aiming to be high achievers both on and off the field. 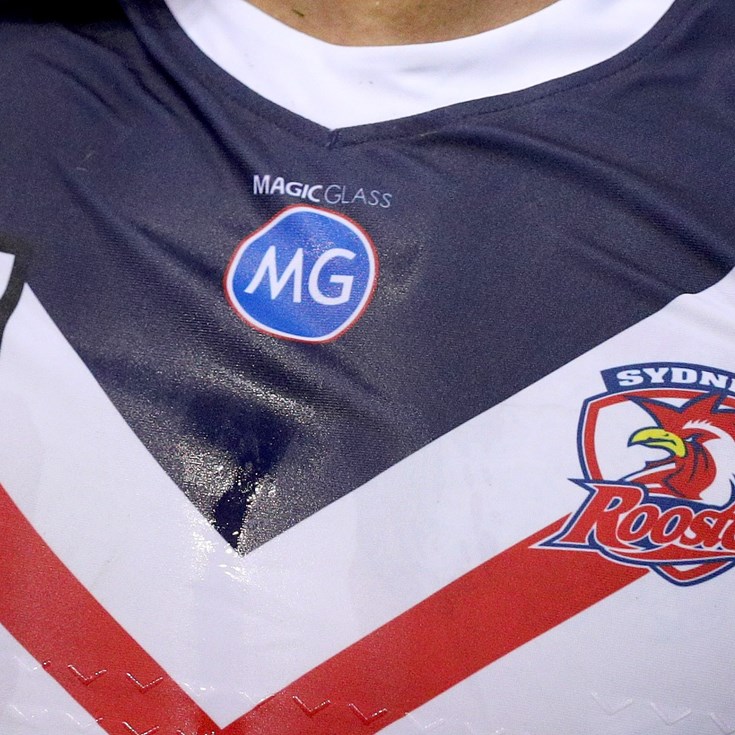