It was a year in which he further established himself as one of the stars of the future but it was a lonely finish to the 2017 season for Panthers halfback Nathan Cleary.

While his teammates bunkered down in the dressing room to share a beer after their 2017 campaign came to an end at the hands of the Broncos on Friday night, Cleary was whisked away and asked to provide a post-match sample to the ASADA representative on site.

Producing said sample proved as difficult as it was to breach the Broncos defence over the course of 80 minutes until ultimately he was left in the bowels of Suncorp Stadium as the clock neared midnight while the rest of the Penrith squad piled into the team bus to head back to the hotel.

It was a final ignominy that the 19-year-old didn't deserve after playing every game in his first full season in the top grade and drawing comparisons in the build-up to the semi-final to Cowboys great Johnathan Thurston.

Penrith coach Anthony Griffin suggested such comparisons by Broncos hooker Ben Hunt may have been perhaps some subtle mind games but praised his young half for the composure he showed throughout the year and predicted that there would be even better performances ahead for him in 2018.

"He'll obviously get a lot out of this year," Griffin said.

"I thought he'd had a fantastic season and because he has risen to a level of consistency so quickly, people forget this was his first full season.

"He's played in four finals now and won two so he's obviously going to be better for the season he's had this year, as will a lot of our guys.

"As we keep saying, Nathan is a really level-headed kid. He doesn't stray away from his routine and the way he plays his football and the way he behaves as a 19-year-old kid, he's exemplary in everything he does. He'll be much better for this year, for playing 26 games.

"After his first full season I'm sure he's going to get a lot out of it."

‌Unable to shy away from the disappointment of a night in which his side had more chances to score than the Broncos but finished on the wrong side of the scoreboard, Griffin praised the mid-season turnaround that saw a young squad make it through to the second week of the finals series.

Starting with a shock 42-10 loss to the Dragons in Round 1, Penrith had just two wins going into Round 10 but recovered sufficiently to finish the regular season in seventh position and defeat Manly in last week's Elimination Final.

"It was a really tough season.

"We had plenty of reasons not to be here. A number of times throughout the year we put ourselves in some really tough positions.

"Didn't get it right early in the year and I thought we showed an enormous amount of strength as a club right from the top to the bottom to be able to keep coming.

"We earned the right to be in this game and I thought it was a real strong show of character by everyone involved.

"Whenever we've given anyone an opportunity in this club they've taken it. We've had to get down and kick and bite and scratch for every point that we earnt this year and we did that.

"A lesser club wouldn't be sitting where we are at the moment."

The loss to the Broncos was further soured by five-eighth Tyrone May suffering a possible torn ACL that will put him in doubt for the start of the 2018 season, while second-rower Corey Harawira-Naera will have shoulder surgery in the coming days. 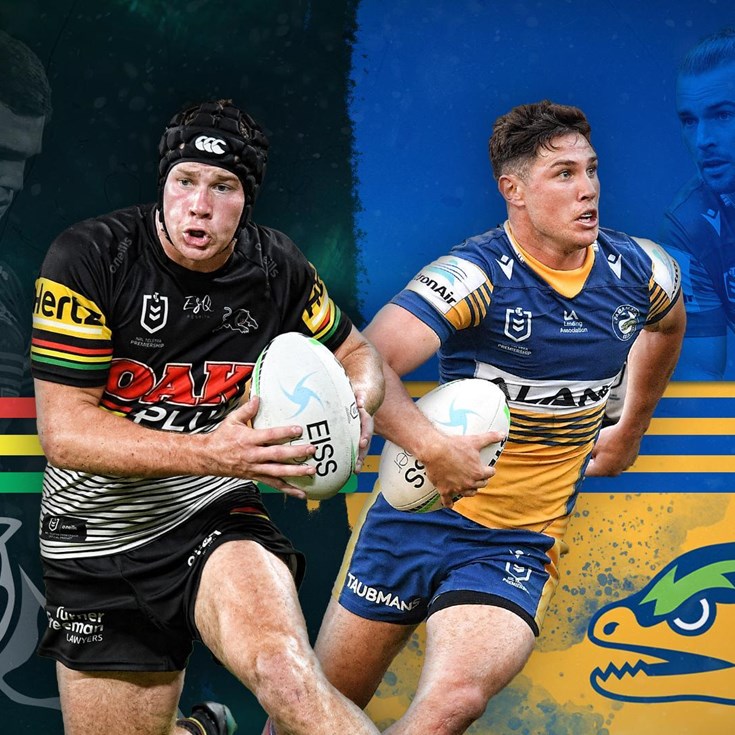 Boyd rules himself out of Panthers clash

Griffin's legacy lives on in Broncos