An entire year of learning, study and revision is enough for most Year 12 students completing the Higher School Certificate without engaging in activities outside of school.

Cassie Ormsby, however, isn't like most students; while school is the priority, she spends a large part of her week travelling from Penrith to Newcastle and back to train and play with the North Newcastle Harvey Norman NSW Women's Premiership side. Come Sunday afternoon, she will stand outside Jillaroos centre Isabelle Kelly in their Grand Final against Redfern.

Ormsby represented, starred and won a premiership with the Penrith Panthers in the inaugural Tarsha Gale Cup earlier this year and if that wasn't enough, she is now gunning for an international spot in the 2017 Women's Rugby League World Cup after being selected in the New Zealand train-on squad.

Ormsby will graduate from school this week with the final HSC exams taking place later in the year, but her love for Rugby League and incredible attitude makes the burden of juggling school and sport a whole lot easier.

"It's tiring but it's really good. It's been hard, but on my travels to Newcastle and back home I use that period to go over notes for the HSC," Ormsby tells NSWRL.com.au.

"Travelling up to Newcastle is a long drive, but once I get up there I use the time provided to sink in as much information and gain all of the experience that I can.

"I then try and take that out on the field with the girls and it's working really well at the moment.

As a rising star of the game and potentially a future international, Ormsby is learning every day.

She benefits greatly from playing outside current NSW and Jillaroos representatives Isabelle Kelly, Caitlin Moran and Rebecca Young, also improving her game while a part of the Kiwi Ferns squad.

Making the final international squad would be a remarkable achievement for a player still in school - and Ormsby has her eyes set on that goal.

"I'm learning a lot by playing on the same side as Caitlin [Moran], 'Izzy' [Isabelle Kelly] and 'Bec' [Rebecca Young]. Their communication and skill level is way up there," Ormsby says.

"I'm really happy about making the [New Zealand] train-on squad; I'm working on my technique and skill level to make that official squad, but if not there's always next year or the year after.

"I'd be speechless if I made the actual squad, I'm overwhelmed by what I've achieved this year so far, I know my family and friends are really proud of me.

"They are always there for support so if I do make that squad I'll be really happy and everyone will be there for me."

While Ormsby won't talk herself up as she is incredibly humble and a family-orientated person, the statistics speak for themselves.

She played 10 games in the Tarsha Gale Cup this year, scored 13 tries and was a major part in the Panthers winning the premiership. She has now played a further 10 games in the senior competition, scored five tries, and will line up for yet another grand final this Sunday afternoon.

Winning the under-18s competition was a highlight in an already busy year both on and off the field - and the thrill of success pushed her to take the next step in the Harvey Norman NSW Women's Premiership.

"I still can't get over the feelings that I had throughout that season; we had losses and we had some really great wins. Sticking with those girls was amazing and I still talk with them now so it's really good we're one big family," Ormsby says.

"I just wanted to do something more (beyond the Tarsha Gale Cup) and take my league to the next level.

"I wanted to try and move up into the women's competition and a friend actually suggested to go up and play in division one with her so I was very excited, but pretty nervous at the same time.

"In the first week of training they saw that I had a little bit of potential and wanted to help me improve so I got in with that."

"I'm really nervous [for the decider this Sunday] but I know that the girls will stick by my side and help me with everything."

Leichhardt Oval will host the Redfern v North Newcastle grand final this Sunday afternoon, where Ormsby looks to cap off her graduation week with a second premiership.

If all goes to plan, she will attempt to juggle her final exams with training in a bid to cap off a massive 2017 with an international debut, but even if that jersey doesn't come this year, her skills on the field and attitude off the field show it's certainly not far away.

The NSWRL senior competitions' finals series, covered like never before on NSWRL.com.au and the NSWRL Facebook page, culminate on Grand Final Day at Leichhardt Oval on Sunday 24 September. Be there to witness history, with tickets just $10 for adults and children under 12 free. 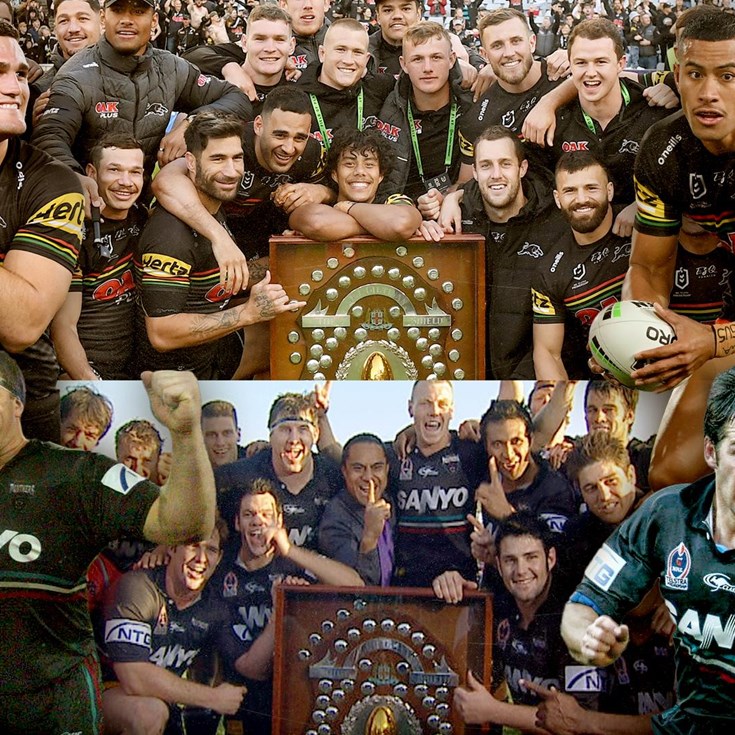 How rookie Cherrington takes leaf out of Luai's confidence book

Presented By Rebel 1 hour ago

Age no factor for Smith but kids could sway retirement call

Panthers pest: Fearless Luai won’t back down on big stage