There really is no off-season when it comes to footy and never has this been clearer to me than this year with a Rugby League World Cup approaching.

The good news is that although my Parramatta Eels might be out of the finals race, I don't have to wait any longer to see my other favourite team in action with the Australian Jillaroos taking on the Papua New Guinea Orchids on Saturday in Papua New Guinea.

For the women's game, this Rugby League World Cup is significant for so many reasons. It is the first time that the men's and women's World Cups will be contested at the same time. It is also the first time that the tournament will conclude with a double-header with the men's and women's finals happening on the same day on December 2 at Suncorp Stadium.

This weekend is history making all on its own. When the Jillaroos play the Orchids, it will be the first time that the Jillaroos have played in Papua New Guinea.

There are some very harsh realities about gender-based violence and gender inequality in Papua New Guinea. I don't think we can underestimate how important this Rugby League World Cup could be for the place of women in the country. You can't be what you can't see and seeing women be physical, strong, confident and committed whilst playing the national sport will be important for both men and women in Papua New Guinea to see.

Over the next couple of weeks you will hear plenty of stories about the men and women competing at the Rugby League World Cup and there are certainly some fantastic stories to come out of this Jillaroos squad, which includes old favourites like Chelsea Baker, Ali Brigginshaw, Ruan Sims and Kezie Apps.

However, there are also some new kids on the block.

This Jillaroos squad also includes six debutants who play for teams as far reaching as the Northern Territory, Western Australia and the Australian Defence Force.

One of these debutants is Talesha Quinn. Talesha is one of my favourite stories to come out of women's footy this year. 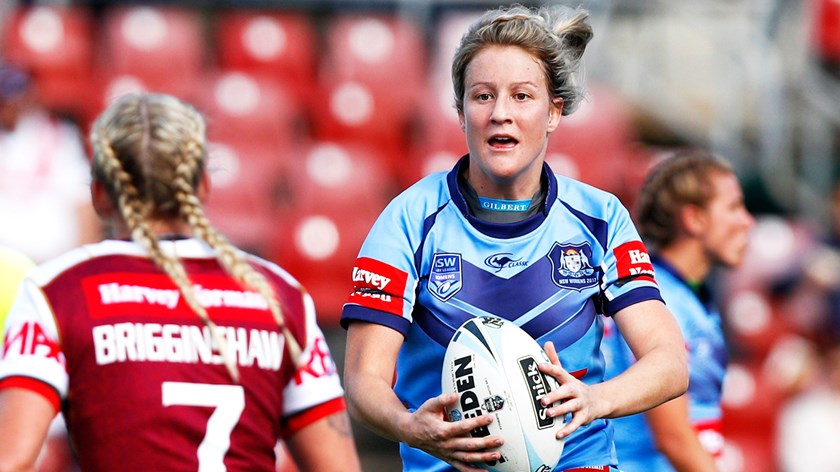 Talesha is in the army and has always loved rugby league. After deciding to move to Queensland a couple of years ago to pursue rugby league more professionally, Talesha discovered that the Queensland competition she wanted to play in when she arrived was no longer around. It's a story commonly shared – that female players have had to give up the game because there was nowhere for them to play. I'm glad that this has really started to change now.

She couldn't play rugby league, so Talesha played other sports like rugby union, but footy had her heart so much so that when Talesha heard that the Cronulla Sharks were launching a Nines side this year, she organised a transfer with the army back to Sydney so she could pursue her rugby league dream.

To see Talesha represent not just the Cronulla Sharks, the New South Wales Blues and now the Australian Jillaroos is extraordinary and I congratulate her on her commitment to footy. I'm so glad that she decided to come back to the game. I know how much this jersey means to Talesha and I can't wait to see her in the green and gold.

Another extraordinary story is Jessica Sergis who had represented Australia at an elite level in other sports, before deciding to give rugby league a go earlier this year with the Sharks. Jessica tells a story about being very intimidated when heading to her first training session – particularly about meeting extraordinary pioneers in the game like Ruan Sims. She thought she would be excluded and that she wasn't good enough to play with these women. But then, Jess noticed that Ruan Sims was wearing fake eyelashes just like hers and her mind was at ease. Her mind was even more at ease when the squad welcomed her instantly as one of their own.

Ruan also talks fondly about Jess, explaining that she took Jess aside for some one-on-one tackling training very early on. Whilst Jess didn't have the correct technique initially, Ruan saw ability, a willingness to listen and a hunger to learn. In that moment, Ruan knew she had a future talent on her hands.

Jess went on to be one of the Sharks' best players this year. She also made her New South Wales debut earlier this year in the Interstate Challenge and scored three tries. This green and gold jumper is a reward for Jess's hard work. She has absolutely earnt it and I know, this is just the beginning of a long career for her.

These are just some of the stories to come out of the team. Not to mention coach Brad Donald who initially thought that the braids that many of the women wear to play in were no big deal and took five minutes to do. It took Brad's wife a couple of minutes to explain that braids are actually very hard to do and that it takes several minutes to get them just right.

This Jillaroos squad is bursting with funny, warm, passionate stories. I encourage each of you to get to know the squad as we get closer to the start of the Rugby League World Cup. You won't be disappointed.

P.S. In case you're wondering, you might have noticed that there are a couple of faces missing from the team like Maddie Studdon and Caitlin Moran. It's worth noting that several Jillaroos based in New South Wales were excluded from national duties so they could play in the NSWRL's Harvey Norman Women's Premiership final series in Sydney happening on Sunday.

Griffiths aims to inspire a new generation of Indigenous coaches

Documentary puts the spotlight on the struggle to reach the top