The most expensive recruit of 2018 won't begin training with his new teammates until mid-January but Ben Hunt doesn't believe it will hold him back from making an instant impact with St George Illawarra.

An unexpected call-up to the Kangaroos squad for the Rugby League World Cup that kicks off in two weeks' time threw Hunt's pre-season plans that included a wedding and honeymoon into disarray, the former Bronco now not due to settle on the New South Wales South Coast until just prior to Christmas.

Leaving the search for a house to his bride-to-be Bridget Hagan whom he will marry on November 3 rather than lining up against France, Hunt's start at the Dragons is all the more enticing given he looks headed for a showdown with his former club in Round 1.

The only fellow Dragons player in the Kangaroos squad is back-rower Tyson Frizell and while there are eight other St George Illawarra players representing a variety of nations in the World Cup, Hunt won't share a training paddock with them until six weeks before the season starts.

His preparation will be bolstered by a Dragons pre-season schedule that includes a Charity Shield match-up against South Sydney and an international fixture against Hull FC at ANZ Stadium but all eyes will be on Hunt when he runs out onto UOW Jubilee Oval in Round 1.

The closest Hunt has come to playing with any other current Dragon was being named alongside Joel Thompson in the 2008 under-20s Team of the Year but the 27-year-old halfback believes he will have ample time to form a combination with halves partner Gareth Widdop and understand the style coach Paul McGregor wants to implement.

"I know a few players down there and I've been talking to Tyson [Frizell] in here and Jason Nightingale I've talked to a fair bit and they all seem like a great bunch of blokes," Hunt told NRL.com.

"I don't think it's going to take me that long to pick up which direction they're going to want to go with how they play their footy. I think I'll be fine."

The spotlight has shone brightly on Hunt ever since he announced in January that he would be leaving the Broncos after nine seasons in the top grade to take up a five-year deal with the Dragons that has been reported to be worth as much as $1 million a season.

From the outside it appeared as though Hunt struggled to deal with the attention as the 2017 season kicked off but after a hamstring injury was followed by a week in the Intrust Super Cup, a shift to hooker to replace the injured Andrew McCullough reinvigorated his season.

Last week he said that he doubted he would have been selected by Australia coach Mal Meninga had he not spent time at hooker in the back-end of the season but denied that constant scrutiny surrounding his Dragons deal had made his last season as a Bronco a difficult one.

"I never really saw it as a difficult year at all to be honest," said Hunt, who is Kangaroos captain Cameron Smith's primary back-up in the World Cup squad.

"Right from when I signed for the Dragons I just wanted to enjoy the year as much as I could and have fun with the blokes I'd played with for such a long time and I felt I was doing that right up until I got injured and had a bit of a setback.

"Once I finally got back from that – I know I went down to Queensland Cup for one game – but I just wanted to enjoy that as well and I did. It was a good experience and from then on I felt the back-end of my year went pretty well.

"[Playing hooker] kind of helped me to enjoy the back-end of the year to be honest.

"There was no pressure on it, I just had to go in there and try and play the best I could.

"Wayne [Bennett] and the coaching staff never really put any pressure on me and I actually enjoyed it." 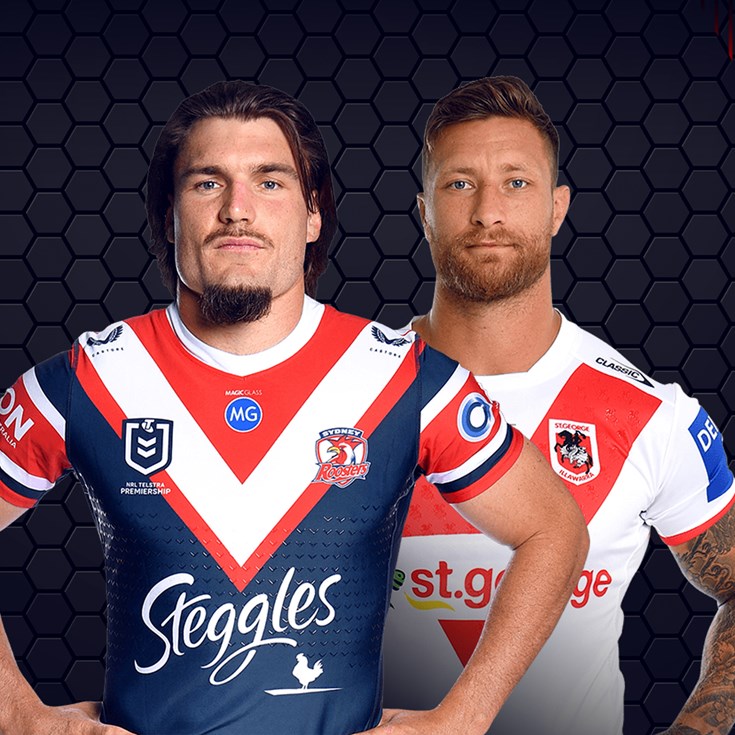