Can Australia be beaten, are England genuine contenders, the games you can't miss and which stars will make the biggest impact?

Will anyone beat Australia?

The short answer is no, but World Cup history tells us: take nothing for granted. Remember 2008?

I think the Kangaroos' position is a bit like Melbourne's was heading into the business end of the NRL season. It is theirs to lose. If Australia plays at their best with the squad they have they won't be beaten.

Having said that, I don't rate this Australian team as being quite as strong as the 2013 Cup champions.

I still remember calling the final at Old Trafford and being in awe of the Kangaroos backline. Billy Slater, Brett Morris, Greg Inglis, Jarryd Hayne, Darius Boyd, Johnathan Thurston and Cooper Cronk was a superstar 1-to-7.

The ball is in the court of the likes of Valentine Holmes, Michael Morgan and Will Chambers to prove they can be just as good.

Roundtable: Can Australia be stopped?
No room for Kangaroos complacency
Thurston to lead historic pre-game tribute

I think most will be reserving judgement until after Friday night's Cup opener.

I reckon Wayne Bennett's men are contenders, but I include a 'disclaimer' on that rating. If their playmakers don't fire, then they won't seriously challenge Australia or New Zealand.

I'm putting all the pressure on their spine. For week one Bennett has come up with Josh Hodgson at hooker, Luke Gale at halfback, Gareth Widdop at five-eighth and Jonny Lomax at fullback.

Hodgson will be a factor. We know his class from his efforts at the Raiders. Gale enters the tournament as the Super League's Man of Steel winner. He has to bring his Castleford form to the Test stage. He is yet to prove himself there. Widdop can be dominant and had a great season for the Dragons.

Meantime Lomax is another who has yet to prove himself at this level. However he has many years first grade experience at St Helens and it would seem Bennett has taken a liking to him.

I hope they all play at their best. It will make for a better tournament if they do.

Who will be the star players from the big three?

It would be easy to say Cameron Smith for the Kangaroos to complete a magnificent season, but I'll nominate his Melbourne teammate Billy Slater.

I think Billy will make up for lost time in his return to Test football. If by December 2 he is being named as player of the tournament it will come as no surprise.

For New Zealand, I think their fullback Roger Tuivasa-Sheck will have a huge influence. Back in 2013 he was scintillating on the wing for the Kiwis. Now he gets his chance as one of the best fullbacks in the game.

And for England, stand up Mr Sam Burgess. He may not be the captain, but he has to lead and perform as we know he is capable of. England has a strong pack with good depth, but Sam has to be the man!

Who will be the standout player from the other nations?

Again it would be easy to nominate someone like Jason Taumalolo who will line up for Tonga again this weekend.

But I'm going to predict one of his Tongan teammates Ben Murdoch-Masila to remind NRL fans how good he can be. Ben has been a star in the Super League and continues to get better.

And look out for the Fijian side. Api Koroisau had a huge season for Manly and will be such a key player for a team that includes a potentially blistering attack with Jarryd Hayne and Suliasi Vunivalu among the backs.

Which game can you not afford to miss seeing this weekend?

I am locked in for the lot with the showdown of some of the big guns to be given absolute five-star billing. Australia v England. New Zealand v Samoa. It's game on baby!

However I hope footy fans can appreciate how big Saturday will be in Port Moresby for Papua New Guinea as they host their first ever World Cup match.

This is the Kumuls' coming of age. I can't wait to see PNG led out by David Mead in front of their home fans for the clash with Wales.

If passion can be converted to points they will rack up plenty.

What's the best thing about the World Cup?

It has to be that we have rugby league all the way up to the first week of December.

I have been lucky enough in my media career to cover a number of World Cups, both in Australia and overseas.

Let me tell you, the 2013 event was one of the highlights of my league life. It was a fantastic tournament and a real celebration of the sport. What made it so was the support of the fans across the UK and France.

I encourage you all to get out and see a match or two live. It's not the NRL. It's not State of Origin. It's international football. And it deserves the next six weeks in the limelight. 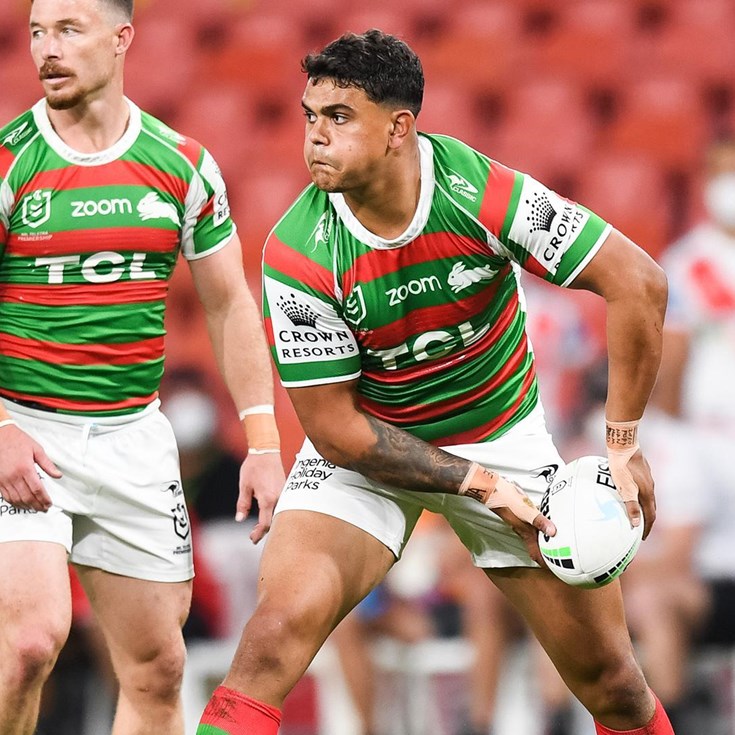