The curtain closed on Terry Campese's career on Friday night and the former Canberra Raider would not have had it any other way.

In many ways it was poetic that his career would end much like it started – in front of an adoring home crowd with Campese just thankful to have had the opportunity to play at the top level.

Thirteen years ago Campese began his first grade career at what was known as Bruce Stadium, now GIO Stadium, making his debut for the Raiders at five-eighth as his side went down 34-18 to the Penrith Panthers.

On Friday night he ran out for Italy, honouring his grandfather's connections to the Azzurri and in the process receiving the hometown Canberra farewell he so thoroughly deserved.

Although there was no victory for Campese and his Italian teammates, he still showed the flashes of brilliance that saw him selected for Australia in 2008.

He set up Italy's only try for the first half, throwing a brilliant cut-out pass to winger Josh Mantellato who scored in the corner.

What made this play from Campese even more impressive was the fact he had suffered a bad ankle injury in the first tackle of the game, an injury that ultimately ended his match at half-time, with the ailment so bad that he did not see out the second half.

Unfortunately injuries have been the story of Campese's career, with the 33-year-old doing well to even play in the World Cup after tearing his calf in the lead-up to the tournament.

These injuries have made him appreciate his 13-year career even more, especially those that have always supported him along the way.

"It's been a long couple of weeks. Tearing my calf a week before the competition started was unideal," Campese told Channel 7 after Friday's loss.

"I tried every day to get out on the field with the boys. I got through Thursday's session and ran out on Friday night, but in the first tackle in Friday's match I did my ankle. I couldn't believe my luck.

"I got to play that first half and go out on GIO Stadium the way I came in. I wasn't a winner but I'm thankful for my time in rugby league and all the supporters, including my mates and family. I couldn't be happier."

Italy are now officially out of the World Cup after Friday's fiery loss to Fiji in which there were three players sent to the sin-bin.

Italy suffered two of those dismissals, leaving the side with 12 men on the park for 20 minutes of the first half.

It took its toll physically on the Italian side who were within two points of Fiji early in the second half before being overrun 38-10.

"We played with 12 men for 20 minutes of that first half so it was a great effort to go into half-time trailing by just a try," Campese said.

"Jarryd Hayne hadn't been tackled in this tournament so we made it a goal to get up in his face and try and shut him down. First half worked, but in the second half they were too big and strong and came over the top of us." 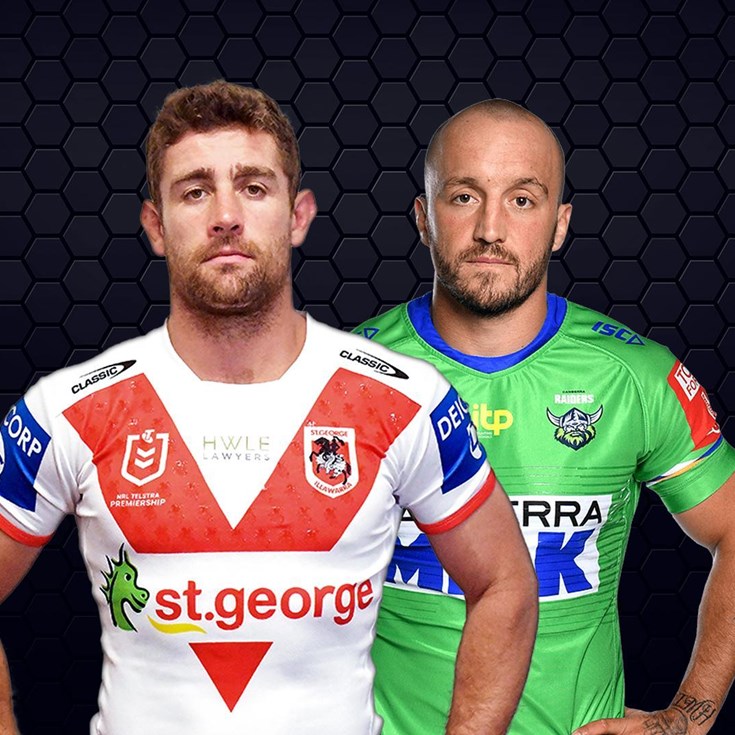