Ahead of the most anticipated rugby league game to be played on New Zealand soil in years, the Kiwis are displaying calm amid the chaos.

Ever since star forward Jason Taumalolo, and later several other players, made the shock decision to play for Tonga rather than the Kiwis, the clash between the two nations at Waikato Stadium has been billed as the must-see match of the Rugby League World Cup group stages.

Adding weight to Saturday's contest, the winner of New Zealand v Tonga will top Pool B and avoid facing unbeaten Fiji in next week's quarter-finals.

But despite all of the outside noise, Kiwis captain Adam Blair said the occasion won't be getting the better of his men.

"It's a big game no doubt and we obviously want to finish top of our pool, but nothing has really changed," Blair said.

"My job as a captain is to make sure that we are calm, that we are not wasting energy on things that we can't control.

"It's important that not only myself, but our senior players around me are all relaxed and calm, because we do have a young group and they do feed off each other's energy and our energy as well.

"We go through it every day about making sure everyone is calm. Everyone is all on the same page… that's been our main focus throughout this tournament."

The match looks set to become the latest to sell out at this World Cup, with just under 25,000 expected to pack Waikato Stadium after fewer than 1,500 tickets remained as of Friday morning.

It follows on from over 18,000 fans attending Tonga v Samoa at the same venue last week, and Kiwis coach David Kidwell admitted it was an exciting prospect for his side, who prior to this tournament hadn't played at home since 2014.

"I think the players are really looking forward to it, rugby league deserves that kind of crowd and that kind of atmosphere," Kidwell said.

"This is probably the biggest test for us in this tournament, [so] I'm really looking forward to a real enthusiastic crowd.

"We are in a really good space… we are nice and relaxed but we also know the big challenge."

The Kiwis remain as named mid-week, while Tonga have been dealt a big blow in losing strike centre Michael Jennings to a hamstring injury, with Wests Tigers-bound Mahe Fonua coming into the centres. 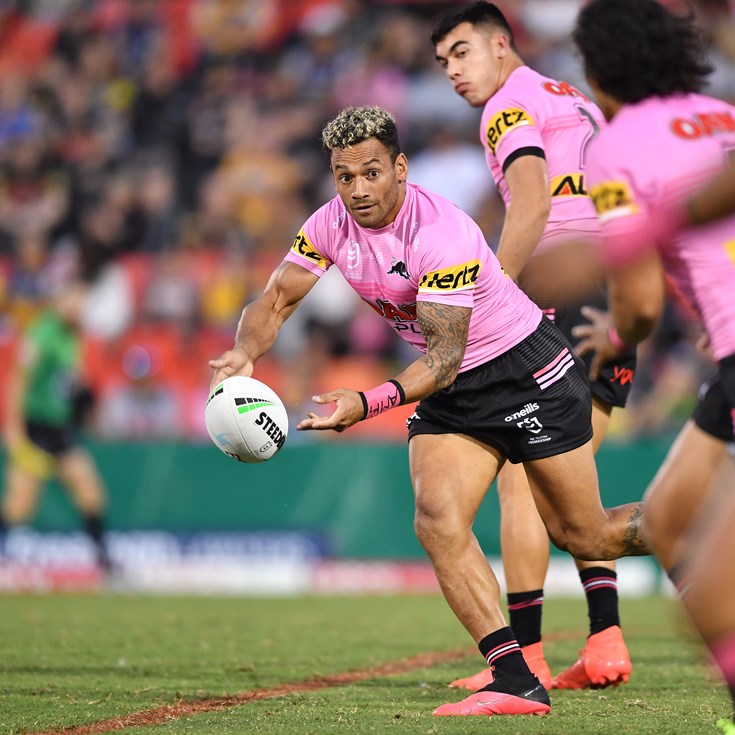