Ireland's bizarre Rugby League World Cup exit has left everyone talking, while Tonga lift the tournament to new heights with victory over heavyweights.

Any questions over Tonga's ability to match it with the heavyweight nations were quashed by their impressive 28-22 win over New Zealand in Hamilton.

Kristian Woolf's side has stamped itself on the world stage and the Tongans are a team to be feared heading into the quarter-finals.

Their victory over the Kiwis has also given them a better pathway to the final, with Lebanon, England and Papua New Guinea the nations in their way.

No chance of a Kiwis-Kangaroos final

Tonga's upset over New Zealand on Saturday has also ensured that if the Kiwis are to reach the World Cup final on December 2, they'll have to go through Australia in the semis.

The Kiwis fell asleep in the second half against a fired-up Tongan outfit after racing out to a 16-2 lead at half-time, conceding five second-half tries to suffer their first loss against a second-tier nation in World Cup history.

In a further blow for David Kidwell's side, the possible semi-final clash against Australia (provided they defeat Samoa) is scheduled for Brisbane, taking away their home-ground advantage following their quarter-final match-up with Fiji.

No luck for the Irish

How do you win two games in the group stages only to be bundled out, while winless Samoa can advance to the quarter-finals with a single point in another group?

While it's a tough point to get across to a non-rugby league follower, Ireland will head home despite a strong campaign with only one side – undefeated Papua New Guinea – going through in Group C.

The Irish have been the Cup’s surprise packet with strong wins over Italy and Wales, and should view their campaign as a success despite the heart-breaking ending.

Jarryd Hayne holds the World Cup's all-time leading try-scorer tag with 14 but Fiji teammate Suliasi Vunivalu is quickly getting himself into that conversation after having scored eight tries in three games.

With some questioning whether Vunivalu could match his impressive strike rate in the NRL once away from a formidable Storm line-up, the 21-year-old is relishing Fiji's attacking play and answering in style.

The Bati finished the group stages scoring more points (168) than any other nation – an impressive 40 points clear of Papua New Guinea.

No fairy-tale ending for Campo

Italy five-eighth Terry Campese lasted 17 minutes into the second half against Fiji at his spiritual home of Canberra Stadium before succumbing to the calf injury that has plagued him throughout the tournament.

The playmaking veteran, who managed 70 games at the venue during his NRL career with the Raiders, was officially farewelled following the side's 28-point loss to the Bati.

It capped off a disappointing campaign for the Azzurri. They were forced to endure an off-field incident in the second week of the tournament and despite boasting NRL stars James Tedesco, Nathan Brown and Paul Vaughan among their playing ranks they failed to fire on the big stage. 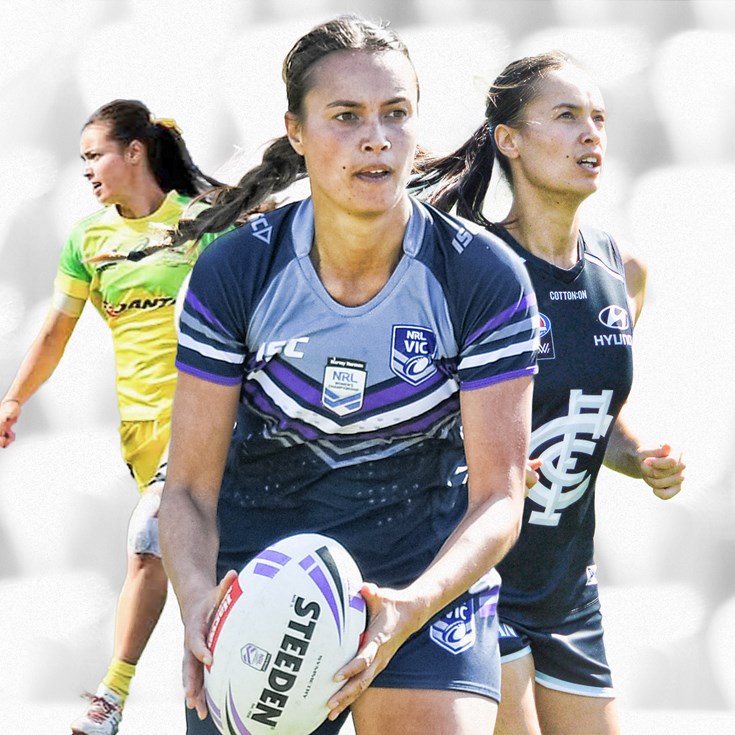