Australian players weren’t allowed to leave the team dressing room after Friday night’s quarter-final win in Darwin until they returned to their pre-game weight.

Some Kangaroos players lost up to three kilograms in the sweltering conditions in the Northern Territory and were required to replenish their bodies before leaving TIO Stadium.

“Some of the guys lost about 2.5 to 3 kilograms. Especially in these conditions it’s probably exacerbated a little bit more than what they normally do,” Kangaroos elite performance manager Troy Thomson said.

“Even in cold conditions they can lose quite a bit. But given we played in these hot conditions, we want to make sure we’re right for next week so we put an emphasis on making sure they got back to their pre-game weight. They ticked that off before we left the ground. We don’t generally do that.

“We obviously monitor it and have a look at how much they lose and work on guys that lose a lot but we made a conscious effort for this game. We had a plan for the week and that was the final component to it. It’s all ticked off now and we can get to Brisbane, get out of the heat and get ready for whoever we come up against.”

The Kangaroos outlined a detailed plan during the week to combat the 30 plus degree temperatures in Darwin throughout their stay.

The final component of that plan was the enforcement of a policy in which players had to return to their pre-game weight before getting on the team bus back to their hotel.

With a likely semi final against New Zealand at Suncorp Stadium just seven days away, the Kangaroos were taking no chances in their recovery and injury prevention measures.

“It just makes sure they are hydrated. The biggest thing here in the heat is the dehydration,” Thomson said.

“That’s a big factor. Any weight they lost during the game was purely fluid so we just wanted to replace that fluid and make sure it’s quality fluid that goes back in rather than the other stuff. Powerade, water and the slurpees in there.

“We try and cool the core body temperature down. It’s an added measure but the weather wasn’t extreme as we expected. It’s important from a performance perspective and an injury prevention perspective as well.” 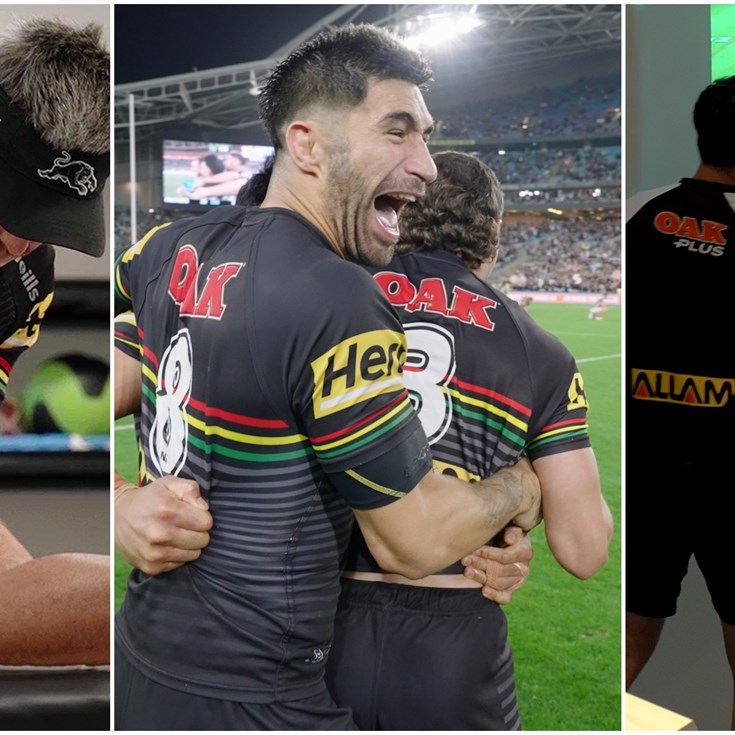