All eyes will be on Suncorp Stadium on Friday night for arguably the most eagerly-anticipated sporting event in Queensland this week as Australia take on an old enemy for a spot in the World Cup final.

There won't be a bat or ball in sight, but the Bati will be out to stump the Aussies with their flamboyant attack and bruising defence after they rolled the Kiwis in one of the biggest upsets in tournament history.

Fiji's 4-2 win over New Zealand means there will be no trans-Tasman clash at the World Cup and you can bet your bottom dollar that Mick Potter will have his troops readied for another upset against the World Cup favourites.

The Kangaroos obliterated Samoa in testing conditions last week, and while they won't take their opponents lightly, sentiment will go out the window with a grand-final berth at stake.

Both coaches have named unchanged squads for Friday's clash.

‌Why Australia can win: While the Kangaroos possess strike across the park, it's become clear that the left edge is their go-to side. Wade Graham got the ball rolling with four tries against the French, Cameron Munster bagged doubles each time he played on the left, and Valentine Holmes continued the onslaught with a record-breaking five-try haul in the quarter-final win over Samoa. Will Chambers and Dane Gagai probably caught colds on the right flank up in Darwin given all the action was on the other side of the field, and there's no reason why the Aussies should change a winning formula. Josh Dugan has again repaid Mal Meninga's faith – this time at left centre – with 480 metres, two tries and a couple of assists, with Michael Morgan and Boyd Cordner helping to straighten the attack when needed. Fiji winger Suliasi Vunivalu has defended stoutly so far but has been known to rush out of the line at times. His decision making must be spot on or else Holmes will rewrite the record books.

Why Fiji can win: They dominated the pool stage with the tournament's best attack (168 points) but the Bati showed they are more than just a one trick pony with a stunning defensive display against the Kiwis that few saw coming. The two points they allowed were the fewest they had conceded in a World Cup game, bettering their 22-4 win over Samoa in 2013. Api Koroisau has been their defensive rock in the middle and the pint-sized No.9 has been ably supported by his big men around the ruck. Trying to contain Australia will be their greatest task of the tournament, and while history is against them, the current crop of Fijians have shown they are capable of just about anything.

‌
The history: Played 5; Australia 5; Fiji 0. Rivalries don't get more one-sided than this. The Kangaroos have outscored the Bati 282-10 over the years, including crushing shutout victories in the 2008 and 2013 semi-finals.

NRL.com predicts: They slayed one giant last week, but history won't repeat in the Queensland capital. It'll be closer than their previous semi-final showdowns, but expect Australia to get the job done with ease. It won't be a cricket score, but Kangaroos by 30. 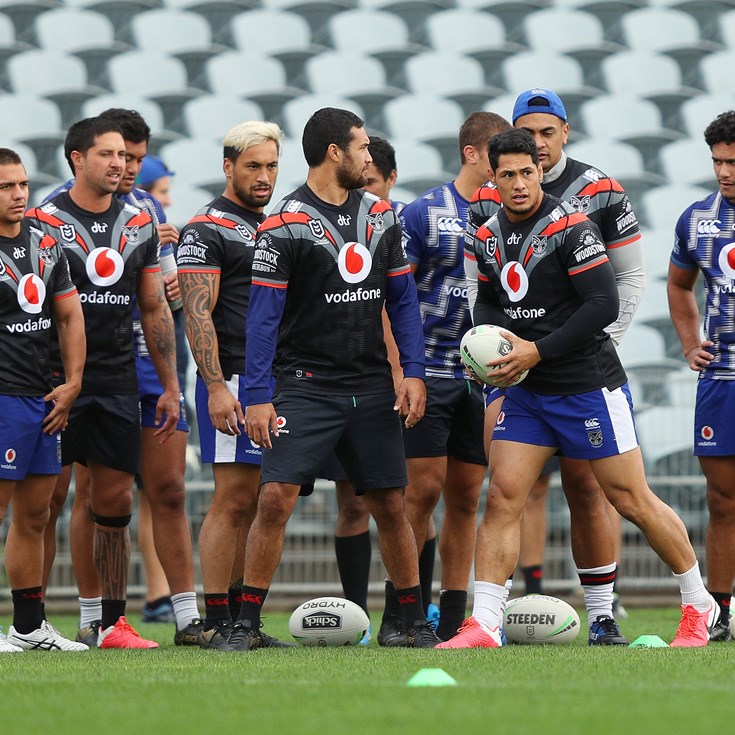 Warriors relocating to Australia for start of season