Will Smith was the shining light in Parramatta's disappointing end to 2017 and is now making a strong case to start the new season in the Eels' No.14 jersey.

With Bevan French and Clint Gutherson coming back from injury, and Jarryd Hayne returning to the club, Eels coach Brad Arthur wants to find a spot in his 17 for the versatile Smith.

While he is refusing to rule out a spot in the starting side, NRL.com understands that opportunity is likely to come on the bench in a decision that will leave Kaysa Pritchard and Cameron King in a two-way battle for the starting hooker role.

"Will was outstanding for us last year," Arthur told NRL.com.

"He's always leading the way at training and showed just how versatile he can be. I'm comfortable with him as a starting player but he's also a genuine option for us as our utility on the bench.

"We'll get to have a good look at him over the next couple of months but he is doing all the right things."

Smith, who has been impressive for the Eels throughout a gruelling preseason, admits he will put a focus on working on his No.9 duties and believes he will be better in the role having had a taste of it in 2017.

"I think I can be better because of last year playing those couple of games at dummy-half," Smith said.

"It got exciting playing there, especially once the bigger guys got a bit tired and I did a bit of running out of there."

Smith's attitude towards the game and training is one of the reasons he is held in such high regard by the Blue & Gold coaching staff.

He joined the club after suffering horrific knee damage during his time at the Panthers, tearing his ACL, medial ligament and meniscus in an injury that left rival clubs doubting he would run again.

"I blew it all out," Smith said during Parramatta's pre-season camp in Alice Springs.

"It was pretty bad. It was pretty scary actually when I first done it. I got up and jogged it off. I got a phone call a couple of days later to say that I had done it.

"I finished up with Penrith at the end of that year. I was exploring my options after that.

"There were a couple of clubs that said to my manager he's not going to run again or probably play at that level again. I had that in the back of my mind when I signed with Parramatta. I just tried to work as hard as a I could to sort of doubt those people and push myself."

And he has certainly proved those doubters wrong. Smith said he was running faster now than before his injury turmoil.

Arthur met Smith about the prospect of joining the Eels before the heartbreaking injury interrupted his career.

"I had a lot of doubts. You're just waiting for it to come good or [wondering] is it going to be like this for the rest? Do you have to call it quits or what? There were a couple of other clubs that sort of lost interest but BA seen me before I got my injury. 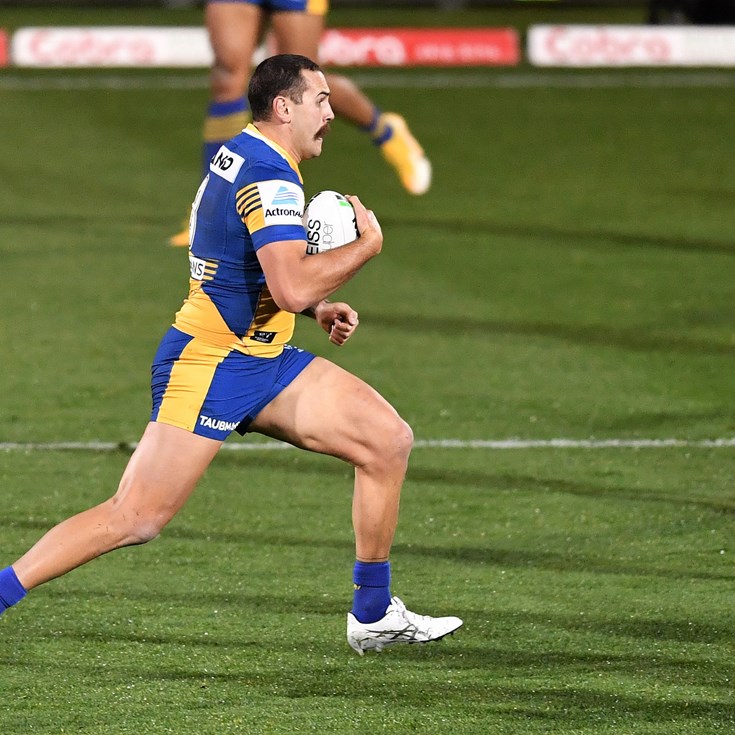