Penrith Panthers back-rower Isaah Yeo admits the external pressures surrounding the club in 2017 took their toll as the side crumbled under the weight of being labelled Telstra Premiership favourites by betting agencies in March.

The Panthers were installed as equal title contenders with the Melbourne Storm last season by Sportsbet – a tag the Sydney Roosters will have next year – but struggled to fire early and found themselves playing sudden-death football from round 10.

Anthony Griffin's men are set to enter next season as equal-fifth in betting markets at $13, immediately taking away the expectation as the focus turns to the Tricolours and heavyweight clubs the Storm, Brisbane Broncos and North Queensland Cowboys.

"Looking back now we didn't handle the pressure of being favourites but I guess it would be fair to say it doesn't sit well with many sides when that tag is handed to them," Yeo told NRL.com.

"It certainly wasn't something we saw ourselves as. There was nothing we did wrong during pre-season under 'Hook' (Griffin) last season and we prepared well but the slow start immediately put us under pressure.

"We trained well in the off-season and never talked about it but that first game against the Dragons shocked us. We were playing catch-up footy from around the middle of the season. I thought we did well to recover but overall we learnt a lot from the year."

Fans had a glimpse of life without Matt Moylan towards the end of the season as the former Panthers skipper was sidelined due to a hamstring injury and off-field issues.

Rookies Tyrone May and Dylan Edwards proved more than capable of slotting into the spine and with the recent addition of James Maloney at five-eighth, Yeo believes the Australian representative can lift the side to greater heights alongside halfback Nathan Cleary.

"There was a lot of speculation on Moyza for a while and it's good that it was settled before we came back to training," Yeo said.

"It would have been good if he stayed but he thought it was better for him to go. I wish him all the success and we can all move on. We've got Nathan controlling the show now.

"We're excited about Jimmy coming on board. Everywhere he goes he seems to bring success. I think for Nathan he will take more pressure off. He's experienced and played in some big games."

Yeo extended his stay at the Panthers in November despite not coming off contract until 2019.

The 23-year-old has been earmarked as a captaincy candidate following Moylan's departure and Panthers executive general manager Phil Gould believes representative football isn't too far away for the Dubbo junior.

"I've heard Gus make those comments and I'm flattered by them," Yeo said.

"My manager came to me and said Gus had offered an extra two years. I didn't see any negatives in it to be honest.

"I'm happy here and I've been here since I was 17. My parents are in Mudgee so it's only two and a half hours way. I've got four years now and am in the club's plans.

"I still feel I've got a lot of improvement left in me as a player and leader. [Captaincy] is not something I've thought about a lot. If I was asked to lead the side I would be honoured but we've also got a lot of senior guys like Peter Wallace, Trent Merrin and James Tamou who could too." 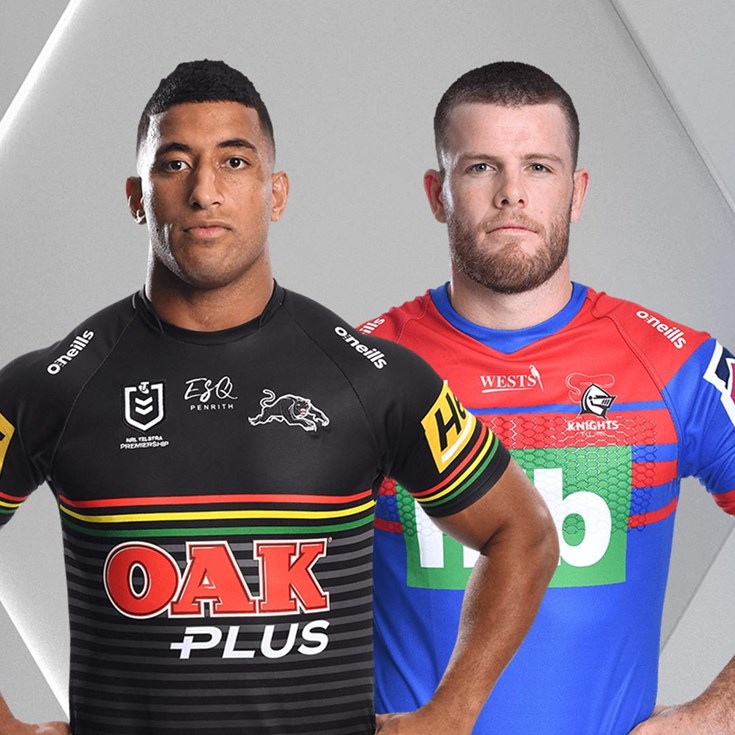