Bulldogs fans will be very eager to see exactly what new coach Dean Pay's plans are for this squad, with halfback Moses Mbye reported to be shifted to fullback to spark the attack.

Big-name recruits Kieran Foran and Aaron Woods will be swept into the starting 13 while 2017 fullback Will Hopoate appears set for a return to the centres. Nu Brown's all-round utility should jag him a bench spot as the back-up hooker but up-and-comers Josh Cleeland (five-eighth) and Zac Woolford (hooker) will be putting their names in the frame.

Greg Eastwood's ongoing fitness issues place him in doubt for round one. David Klemmer is set for a return to the front row which could spark a reshuffle involving Adam Elliott starting at lock, Aiden Tolman reverting to the bench and Raymond Faitala-Mariner earning a starting jersey.

"Interesting Moses Mbye going to fullback. Probably the most contested position throughout the year will be the seven. Fa'amanu Brown and Matt Frawley – can Matt Frawley live up to what he produced in his first month of football, controlling, game management, putting the ball in the right spots?

"When he came back for his second stint off the bench it wasn't as impressive and the Dogs' attack lacked a bit of imagination. With the forward pack you'd have to hope they'll get in good field position, then it's whether they can score points.

"A guy like Kieran Foran straightens up the attack, Moses Mbye is a threat at the attack. I won't be too surprised if at some stage Moses moves back to seven and they try and bring someone in and Cleeland or one of these young guys gets a go.

"I watched Cleeland closely in that [Intrust Super Premiership] semi-final against Penrith – he's going to have to bide his time and keep excelling. Dean Pay's going to need time – unfortunately they're one of those clubs that don't have a lot of time but he'll need time to get the squad of youngsters he wants coming through." 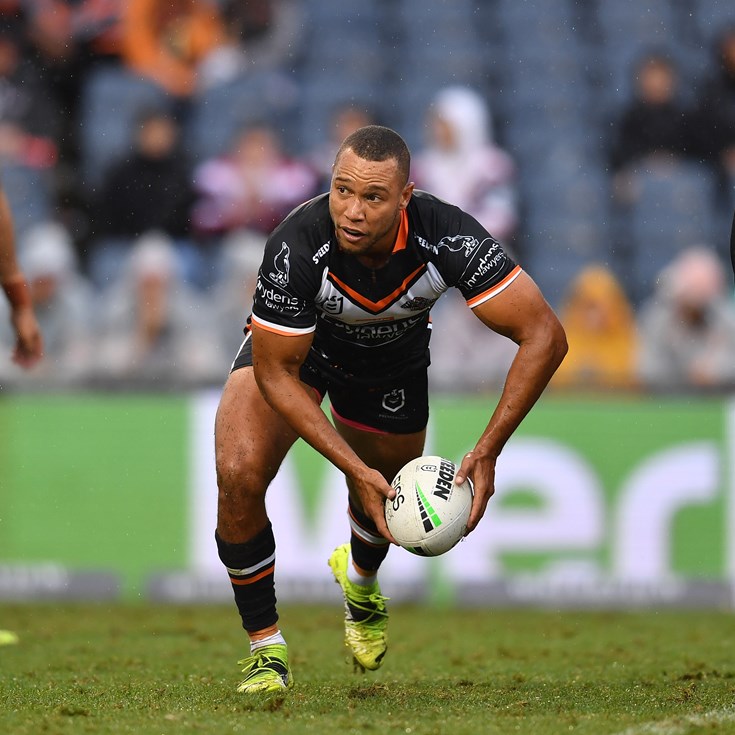