James Maloney believes joining the Penrith Panthers could provide the spark he needs with his successful career slowly winding down.

The 31-year-old fronted the media at his fifth club on Thursday after signing a three-year deal in the off-season and said he welcomed the opportunity to play alongside up-and-coming talent Nathan Cleary and a host of talented youngsters in Western Sydney.

Maloney was a part of Australia's World Cup-winning squad in December and has won two premierships from three grand final appearances after stints with the Warriors, Roosters and Sharks, but felt another change of scenery was required to finish his career.

His previous club Cronulla fielded one of the more experienced line-ups in the Telstra Premiership last season, but Maloney is now the second-most experienced player at his new club behind newly appointed skipper Peter Wallace.

"You do [feel a bit old] but there is so much energy that also helps when you're not feeling as energetic. It tends to help me pick up," Maloney said of his Penrith teammates.

"There will probably be a lot of leadership [requirements] out here, talking to the guys it's a big reason [I moved here], to lead these young guys.

"All the boys out here are very young. I'm looking forward to it."

Maloney reminisced last month upon signing with the Panthers about the time when Cleary was a ball boy during Maloney's time at the Warriors, and he received a reality check when he spoke to the youngster.

"We were talking about it the other day," Maloney said.

"Everyone is talking about possibly going to America at the end of the year and he said he wouldn't even be 21 then and I thought, 'Jesus'."

The North Sydney junior is aiming to bring a balance to Penrith's halves after seasons of inconsistency.

Cleary has had five different halves partners in 18 months at the foot of the mountains since debuting in 2016.

"I think having two strong halves … no side can load up on [one] dominant playmaker," Maloney said.

"I think at times he had to do a lot of it himself. I'm sure he can help me with a few things as well.

"Hopefully I can help him in some way and we can get this side around the park and open their potential. Looking outside in on the style of play and I think we can work something out that will fall into place nicely."

The Panthers were one of the bookmakers' premiership favourites 12 months ago but got off to a sluggish start with two wins from their opening nine games of the season.

Maloney said most sides struggled with the favouritism tag and that not being under immediate spotlight would benefit the club in 2018.

"That can tend to be one of the hardest things to deal with, the hype," Maloney said.

"As much as you try to stay calm I think it can get to guys. You never know, you go through a good patch and everyone is quick to tell you how good you're going.

"You've got to keep that in check, and then on the other side you lose a few and everyone is quick to tell you how bad you're going.

"You need to look at it honestly. It's not as bad as everyone is saying. Hopefully it's something we can work on. We're not favourites this year so we should be alright." 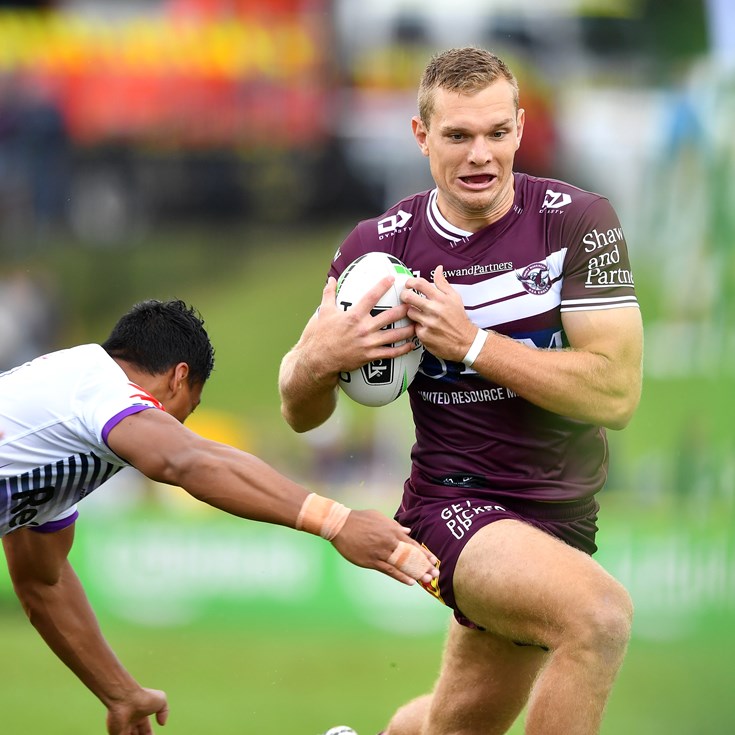 Visit to AFL powerhouse the catalyst for Cleary improvement

Broncos put up a fight but Panthers streak continues