Josh Dugan is a little miffed people think of him as one of the most injury-prone players in the Telstra Premiership.

"To be honest over the last two years I've missed 10 games," Dugan told NRL.com after a lengthy weights session in the Cronulla Sharks gym on Friday.

"So I don't think being called 'injury prone' and all those things is warranted. It annoys me a bit that everyone thinks or says that about me missing games."

The evidence is still stark though. A hamstring strain, concussion, ankle and fractured cheekbone have kept him busy in the rehab rooms – and that was only in 2017. Venturing only slightly further back to 2106 and a jaw fracture from Origin III, more hamstring troubles, and an elbow injury took time to heal.

"I missed a couple with a hamstring last year but that's footy. Apart from those over the last few years I've been pretty good and pretty durable.

It is a tag I want to get rid of. I'm looking after myself better and will continue to do so.

"I've played through injuries as well. I played with my ankle last year and didn't miss a game – well I missed half a game (against South Sydney in round 22) because that's when I did it and it swelled up like a balloon.

"I looked after it all week and I played next weekend. I played the rest of the year with it."

The perception of being a constant companion to team physios and medical officers maybe has attached itself to Dugan perhaps because of all the strapping on his body each game.

"I'm normally a quick healer but I still don't think that injury tag is warranted anymore," he said. "Maybe it might have been back in the day when I didn't look after myself that much.

"Now I've grown up and became far more experienced in that aspect and being around guys like Smithy (Cameron Smith) and Billy (Slater) helped."

Dugan freely admits he tapped into the knowledge banks of his Australian teammates, particularly the Melbourne Storm veterans, during the World Cup and Four Nations campaigns.

"I watched the way those guys prep. Billy misses more than 12 months of football and comes back like he never missed a beat," Dugan said.

"Looking at those sort of guys and watching their prep and the way they look after their bodies has really helped me the last couple of years.

"That's shown in the amount of games I have played and the number of games I've missed.

"Smithy is the guiding light. I think they only games he misses is when he's been rested after Origin once or twice. It's a credit to him and that's what I want to instil in myself – that I need to really look after my body and it's going to help in the long run.

"So (being injury prone) is a tag I want to get rid of. I'm looking after myself better and will continue to do so."

Next on the list, after attention to his body, is fitting in where Sharks coach Shane Flanagan wants to play him – most likely at right centre.

He played there for NSW in the last couple of State of Origin campaigns, although he was the Blues' fullback for the entire 2015 series. Kangaroos coach Mal Meninga pulled him over to left centre for last October's World Cup after he played right centre in Anzac Test last May.

Studying his swings and roundabouts between the two positions at club and rep level can make you giddy. So where is Dugan's preference right now?

"Over the years I've learnt to do what's best for the team. For me now that's my preference," he said.

"Whether that's fullback or centre, I think I've proved I can play both pretty well. Again which side doesn't matter although I was bit nervous about playing left edge (for Australia) because I'm a right-hand carrier with a left-hand fend so it's sort of the wrong side of the field for that.

"Mal gave it a trial … and I became pretty comfortable there training there all the time. Me and Val (Valentine Holmes) formed a pretty good combination on the left.

"So it's one of those things. I like to think of myself as a pretty smart footballer. Being able to just to things like switching from right to left, or left to right, I can do.

"Being here it's up to Flanno and I'm happy to do whatever that is whether it's centre, fullback, right side, left side, doesn't really matter.  I'm here to do my job for the boys." 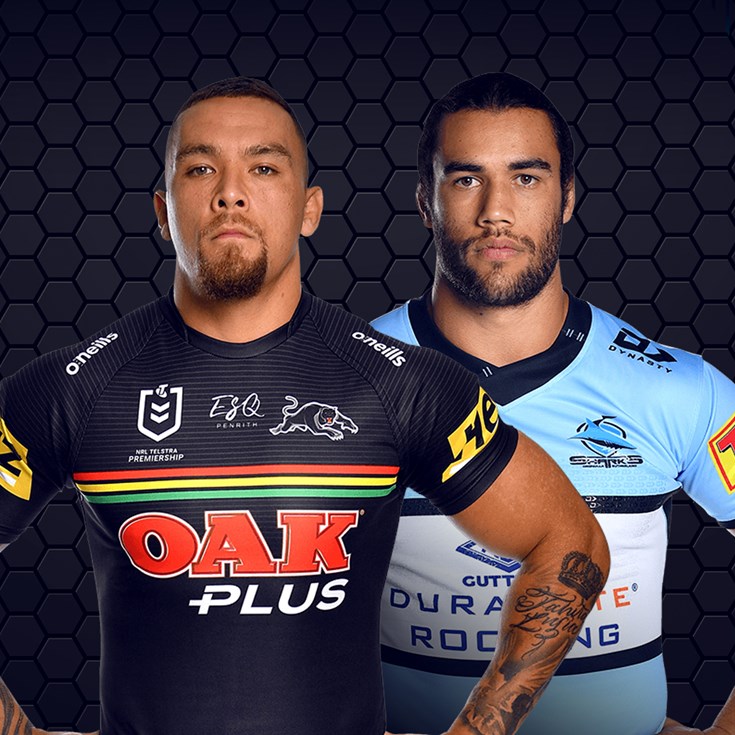