Star Dragons recruit Ben Hunt says he is enjoying his football at the Dragons after a disrupted final season at Brisbane, with the added bonus of coming off a triumphant World Cup campaign.

Hunt was unceremoniously shunted to the bench last year by Broncos mentor Wayne Bennett before a late-season injury to hooker Andrew McCullough allowed Hunt to dominate the closing stages of the NRL season with the No.9 jersey on his back.

That reminder of his all-round utility value arguably worked in his favour as he nabbed a utility role for Mal Meninga's Kangaroos in what was an unbeaten World Cup campaign.

Hunt only had limited minutes on field in the tournament – coming off the bench against Lebanon in his only appearance – but said the lift gained from six weeks in camp with the best players in Australia only added to his motivation heading into 2018.

"It definitely gives you a real buzz and excitement around your footy, being around a successful team and such great players," Hunt told NRL.com.

"It really excites you about what you're doing and makes you really passionate to get back that next year and play some good footy again. I know I'm at a new club which is exciting in itself but coming out of a World Cup as well has got me really excited to play.

"I only played a few minutes in the World Cup so I haven't had much footy for a while. I'm eager to get out there and play with my new teammates. Body's feeling good and eager to get going."

The more I can really concentrate on doing my job and getting the ball to him when he needs it the better it will be for the team.

"Honestly nothing happened between us at all, he actually messaged me after it and said 'I don't know what's going on mate, are we all good?' and I said 'yeah mate, we're fine'."

The Dragons' impressive forward pack and the chance to work alongside England Test pivot Gareth Widdop also have Hunt champing at the bit to get involved in the club's upcoming trials.

"I obviously only returned in January and the boys had a couple of months of training before Christmas so they were all primed and ready to go. It was good to finally get here and meet everyone and start making some combinations and playing some footy," he said.

"I think [the partnership with Widdop] will work really well, it feels like we're working really well so far. He's obviously an excellent player, Gaz, he got five-eighth of the year last year. The more I can really concentrate on doing my job and getting the ball to him when he needs it the better it will be for the team."

Having such an accomplished player alongside him in the halves will allow Hunt to focus more on his own game as well.

"The more we can help each other out the less pressure it's going to be on both sides of the field."

The move away from Brisbane was about more than just football, Hunt added, with the fishbowl existence of a one-team town now behind him.

"It's been really good so far; I'm living up near Cronulla, it doesn't seem that footy crazy compared to Brisbane," he said.

"It's a bit more coasty and laid back and not crazy busy, which I like, and I'm really enjoying it at the moment.

"You get around Brissy, all you see is Broncs gear, shirts and hats. You get down here and it's more a mixture of everything.

"I think [the move to Dragons] will build my game. We've got a great forward pack down here which always helps for a half. Playing with Gaz is definitely going to help as well but just a change of scenery as well, learning some new things, playing with some new people, it gives me a bit of a buzz and gets me excited about playing again.

"It's not all just about footy, it's about my family and looking after them. In the end I think it was the best decision for us long-term coming down here."

Hunt said he and fellow senior recruit James Graham will be tasked with helping ensure the team does not start strong then slip away late in the season, as has been the case in recent years.

"Hopefully we can help that. I've seen it happen to a lot of teams, it happened at the Broncos at stages around that Origin period," Hunt said.

"You can't really put your finger on what's going wrong, it just seems to happen. We need to start the year really strong and once we get through the Origin period set myself up for that back end of the year and knuckle down and play some good footy leading into the finals." 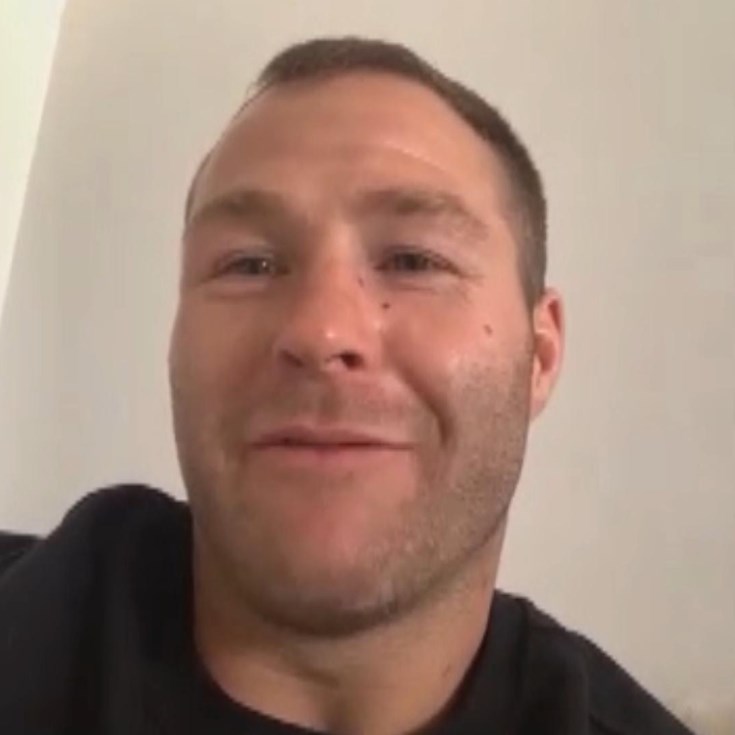 Hunt's harsh self-assesment after loss: 'I let us down'

Sims on alert for ex-Dragons in Tigers line-up