The nib Newcastle Knights played out an impressive first trial match against the Melbourne Storm behind closed doors, defeating the home side 26-22 at AAMI Park on Wednesday afternoon.

While the Storm got on the board early, the Knights hit back with some impressive play from new combinations with young winger Thomas Cronan crashing over on the final siren to seal the win.

The Knights got on the front foot early with great sets in attack but a penalty 20 metres out saw the Storm’s Dale Finucane barge over under the posts.

Cameron Munster nailed the conversion to give the home side a 6-0 lead after 9 minutes.

The red and blue went straight back on the attack to see halfback Mitchell Pearce guide Lachlan Fitzgibbon to the line, just left of the post in the 12th minute.

In his first goal kicking duties for the Knights, Kalyn Ponga booted the conversion to level the scores, 6-all.

After a quarter break gave much needed relief for players from the heat, the Knights' new recruits combined as Pearce nudged a perfect grubber through to land in the hands of Ponga, who crashed over for Newcastle’s second.

The young fullback converted his own try for the Knights to lead 12-6.

It wasn’t long before Melbourne hit back. Tim Glasby beat Ponga to the ball and with no video referee to call on, the live call saw a try to the Storm. With the conversion missed, the Knights remained in front 12-10.

Just before half time the Knights struck again as winger Ken Sio dived over out wide and put the visitors in front 16-10.

A lot of changes were made for the third quarter, including Brock Lamb and Jack Cogger moving to six and seven, Nick Meaney into fullback and Luke Yates at lock.

Jamie Buhrer added to the try tally in the 43rd minute after collecting a nice grubber from Lamb under the posts, who then added the extras to extend the lead 22-10.

In the next ten minutes both teams had their chances but the score remained 22-10, and with a minute to go before three-quarter time, the Storm made a break through the middle for a Kenny Bromwich try. The Storm converted to close the gap 22-16.

With the final quarter underway Josh King, Jacob Saifiti, Danny Levi and Fitzgibon were back on the field, with Watson switching to fullback.

In the 70th minute,Justin Olam collected a loose ball and forced his way over on the left edge before Joe Stimson converted to level the score line at 22-all.

Despite a forward pass ruled in the 79th minute, the Knights got the ball back and right as the siren sounded young winger Thomas Cronan crossed over to see the Knights take out their first trial match 26-22 to the Storm. 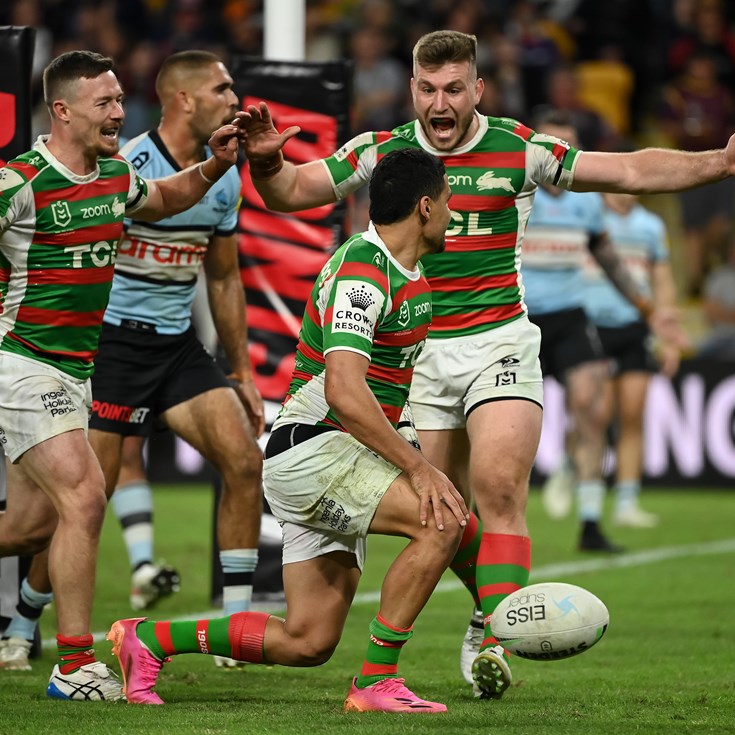