Emerging Newcastle Knights playmaker Brock Lamb harbours no ill will towards star recruits Mitchell Pearce and Connor Watson despite losing his starting spot in the halves.

It is likely Lamb will start from the bench in the Telstra Premiership after filling that role in the second half of Newcastle's win in a closed trial against Melbourne on Wednesday.

While he remains tight lipped on his long-term future, the off-contract 21-year-old said Pearce and Watson had added so much to the team since their off-season arrival.

"Mitchell and Connor have brought with them a lot of smartness and organisational skills and I've picked up a lot from them already," Lamb said.

"And I can really feel the club is in a great spot for the future."

Lamb will be hoping to send a strong message to coach Nathan Brown not to forget him when the team plays Parramatta in his hometown of Maitland next Saturday.

After playing most of the NRL season last year, Lamb understands what he has to focus on – and that is simply playing his best footy with the right attitude.

"It was a slap in the face really for me last year as I had to wake up to myself and realise I am playing in the NRL," Lamb said.

"I wasn't just playing under 20s anymore and it was now becoming the big stage.

"It was probably the best thing that ever happened to me. I had to realise where I was and who I was playing against.

"But it made me more mature and I'm in a great spot for this year and I am very excited.

"All I can do from here is train hard and play harder."

Lamb broke into the top grade in 2016, but made a name for himself last season, scoring five tries and dishing out 10 assists in 21 games. 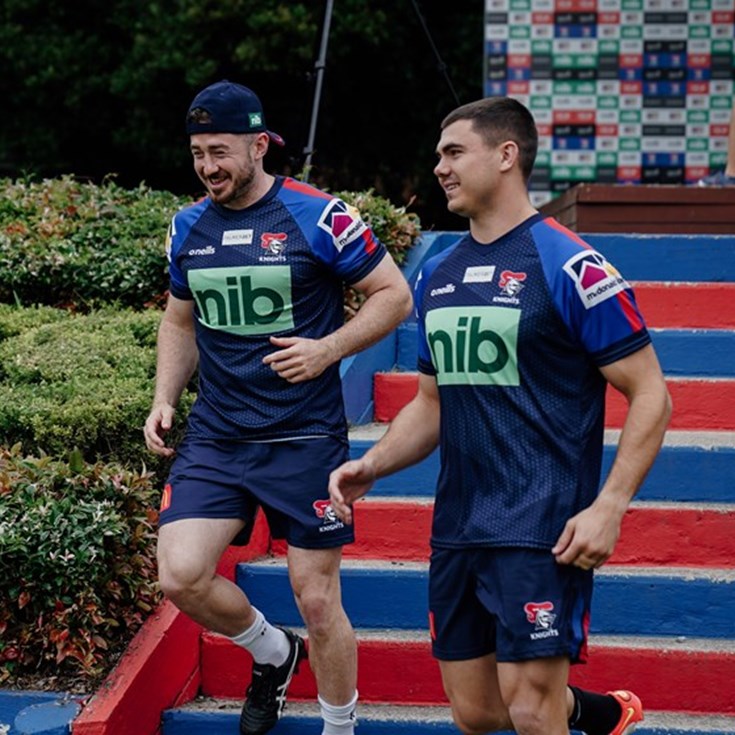