Veteran New Zealand winger Jason Nightingale believes Tongan forward Jason Taumalolo should be welcomed back to the Kiwis set up if the rampaging lock decides to offer his services to return one day.

The 31-year-old said Taumalolo's last-minute decision to switch allegiances on the eve of the World Cup was no excuse for the Kiwis' poor showing.

With NZRL officials up in arms over whether to ban Taumalolo for the remainder of his career, Nightingale suggested otherwise and supported the flexibility with international eligibility.

At 24, Taumalolo has the potential to be around the Test arena for another decade and while he has given no indication of a Kiwis return, has expressed remorse over how he handled the situation.

"Essentially it's up to Jason if he ever wants to and the NZRL to decide if he's allowed, but I like rules being like that where a player can change," Nightingale told NRL.com.

"We are such a small game on the global scene. We have Super League and the NRL. There's two competitions to pick from. If you want the international game to have that closeness to it then you have to allow players to move around.

"We're not like soccer or rugby union where you have to play domestically. I think it's great to have that option to be able to represent all of your heritage."

While Nightingale admitted the timing of Taumalolo's switch wasn't ideal, he insisted the squad moved on quickly.

"The start of the campaign we were building but it wasn't because of Jason Taumalolo that we weren't able get past Fiji. It wasn't only him, you've got to think of David Fusitua, Solomone Kata, Tui Lolohea and Manu Ma'u who have also played for us," Nightingale said.

"There were no personal vendettas held against Jason for me but I can't speak for anyone else in the team. It certainly didn't feel like it bothered us in camp once we came together. That was a big call for him to make and I know he understands the short-term consequences of it."

Meanwhile, Nightingale has not closed the door on his international career despite only featuring in one match throughout the campaign - the 74-6 group stages victory over Scotland in Christchurch.

Kiwis teammate Dallin Watene-Zelezniak was preferred over the stalwart for the remainder of the tournament.

"I enjoyed the whole campaign and can't say a bad word about the way it was run or coached watching on," Nightingale said.

"I thought there were so many positives towards the start of that campaign. We just lost confidence after Tonga and weren't able to regroup. It's tough to do but you must in a short tournament where you don't have weeks to bounce back. It became a knockout competition after that. We didn't rise and play better, we crashed and played worse.

"It was a learning curve for everyone involved. Tonga were great, you saw how much they pushed England and how far England then pushed Australia.

"The point out of that is how close the international game is getting." 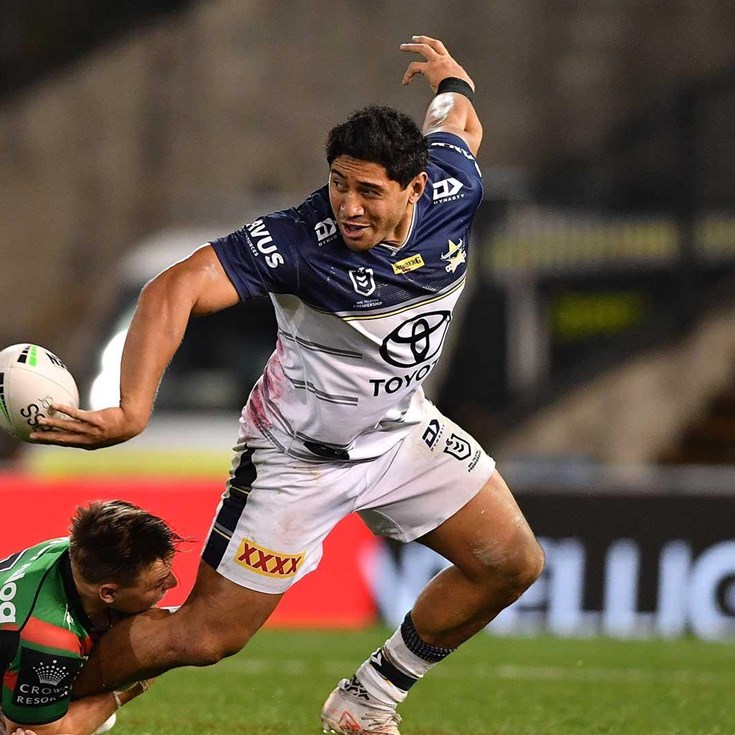 Most-watched long-range tries of the year: No. 8

Taumalolo: I could have handled it better