Shane Flanagan wants to keep Valentine Holmes in the black, white and blue for the next decade as key statistics reveal the healthy strides the Cronulla Sharks fullback has made in his preferred position.

Holmes' hold on the Sharks No.1 jersey has been under the spotlight with the signings of high profile custodians Josh Dugan and Matt Moylan combined with the club's struggle for points in 2017.

Both Holmes and Flanagan have also declared Ben Barba would be welcome back with open arms by Cronulla, once again raising the prospect of Holmes shifting back to the wing where he rose to premiership and representative glory.

Earning more than $2 million on a multi-year deal until the end of 2020, with the final year an option in his favour, Holmes would be the highest-paid winger in the game if he was to move, despite re-signing 12 months ago "to play fullback".

Holmes will get first crack at the back in this week's trial against Manly Sea Eagles and the Sharks' round one showdown against North Queensland Cowboys.

Flanagan stressed that while the 22-year-old remains a work in progress in the all-important custodian role, he still regards Holmes as a player the Sharks can build around long into the future.

A guy like Darius Boyd and even Darren Lockyer to a degree, they got better as time went on and I think Val will as well.

"Val's got the fullback spot to start (the season), that's the only thing he's been guaranteed of," Flanagan told NRL.com.

"He's got to perform and there's going to be pressure on everyone in that regard.

"Obviously, we want him to stay here long term. He's got another 10 years in the game and hopefully it's with our club.

"But he's signed until 2020 and I'm looking forward to him developing over that time.

"We just need to let Val evolve and develop as a footballer. We know what sort of player he can be on the wing and he's a quality winger, but that doesn't mean he's a lesser fullback either by any means.

"Time will tell with how he evolves. You look at some of the other fullbacks, a guy like Darius Boyd and even Darren Lockyer to a degree, they got better as time went on and I think Val will as well."

With a ball-playing fullback increasingly important in the modern game, Holmes' five try assists last season don't stack up against Barba's a year previous, when the latter laid on 21 tries en route to the Sharks maiden title.

But the youngster did hit the ground running in key defensive facets of the fullback's game last year, racking up 1470 kick return metres to top the league.

"He's a very brave fullback who will bring the ball back at 100 miles an hour," Flanagan said.

"But there's the other side of things, defensively organising the team, Val's still learning that.

"Communicating what he wants in different circumstances is not natural for Val to be pushing teammates around like that, but he's learning that and it's the biggest development we're seeing from him.

Cronulla will name their side for Saturday's trial against Manly on Saturday night after a training scrimmage against Wigan Warriors on Wednesday.

Holmes is one of the few big names expected to be named alongside Moylan, who will make his Sharks debut in the No.6 jumper, while the likes of Josh Dugan, Paul Gallen, Andrew Fifita and Luke Lewis will be kept on ice until next week's clash with Wests Tigers. 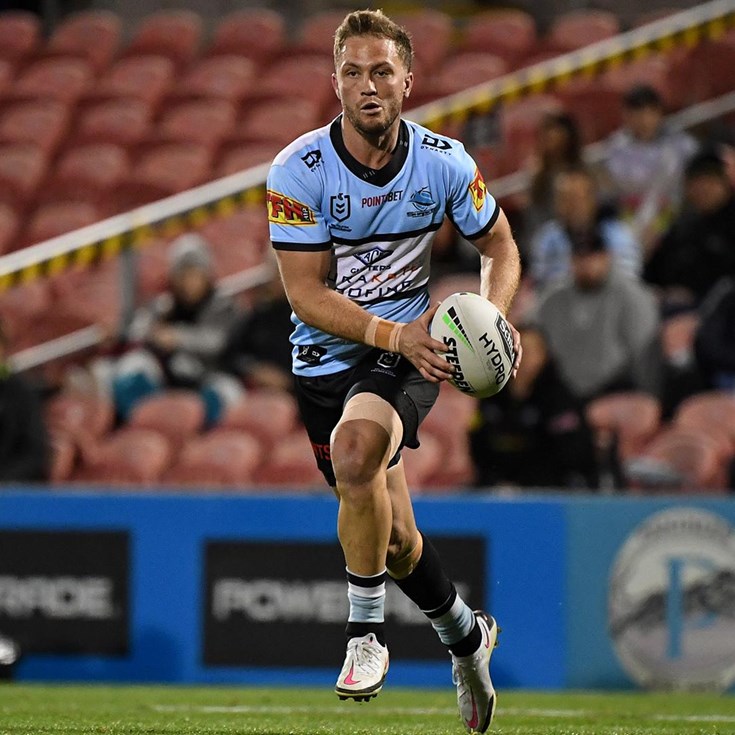 Flanagan promises plenty of points in 2018