Andrew Voss applauds the NRL's play-the-ball crackdown, calls for a new focus on goal-line indiscretions and reviews the good and the bad of the past week in rugby league.

It's time for a Tuesday league lunch, my friends. Let's talk a little footy.

The news that a crackdown on the play-the-ball in the NRL is on its way will be music to the ears of most rugby league fans.

Now it's time to crack down on deliberate penalties when a team is defending in their own 20-metre zone, use the sin bin more and ensure the scrums are more than just a break in play.

Evidence of the serious intention of our game's officials to clean up the play-the-balls came in the first trial of the year last week between the Newcastle Knights and the Melbourne Storm.

Meantime, one club captain told me last week they have been hammered about it at training over the summer.

I believe the short-term pain of more penalties will be worth it. And as we are led to believe the clubs were informed of the crackdown before Christmas, surely the players have had enough time to adjust in any case. We are all aware of what is coming – supporters included.

This is far different to the last time I recall the referees getting tough on tardy play-the-balls. It was a Friday night game at Penrith in May, 2000 and the job of 'henchman' was given to referee Steve Clark who proceeded to blow the pea out of his whistle in the Panthers' derby clash with the Parramatta Eels.

One big problem was the fans didn't know the change in interpretation was happening and had to unexpectedly endure a match with 24 penalties. It made for frustrating viewing (and commentating) under those circumstances.

The crackdown was short-lived. That can't be the case this time around. The play-the-ball area has become an embarrassment. It simply couldn't be allowed to fester any longer. It is a joke that an under-8 player can play the ball better than our professionals.

However, may I suggest while this 'line in the sand' has been drawn, can we extend things a little further in areas of the game that are really just attention to detail.

I don't want old scrums, but can we at least make sure that the players bind correctly rather than just come in for a cuddle? Can't do it? Penalty!

Can the player feeding the scrum please use two hands and stand square rather than with his back to the opposing halfback? If they can't – penalty!

Can players defending on their own goal line be penalised if they stand offside? This is now the biggest issue confronting our referees.

Last year 18% of penalties were conceded inside the 20-metre zone. It is obviously a tactic to slow down play and reset defensive lines. Players and fans need to know the sin bin will be used consistently to penalise teams who do this.

We have a great chance to clean up some neglected areas right from round one. Everyone must be on notice. It'll make a great sport even better.

Seeing Parramatta legend Brett Kenny out and about in the build-up to the Wigan v Hull Super League match in Wollongong.

I'm not sure if Bert's shoulders are getting sore because league fans all over the world are with him as he battles his health issues.

It won't be the only time I'll write this during the season. Rugby league is a tough sport.

No one deserves the bad luck that struck new Brisbane signing Andre Savelio on Saturday night. Just 14 minutes into his first game, the former Warrington forward went down with a serious knee injury. How fickle can the game be?

We wish him well.

It has been a busy week already at Fox League as the countdown continues to the kick-off to the NRL season.

On Monday, all of our commentary team gathered at head office for a round of meetings and publicity photos. It is quite humbling for someone like myself to stand in the same room alongside the likes of Mal Meninga, Greg Alexander, Matty Johns, Mark Gasnier, Braith Anasta, Danny Buderus, Corey Parker, Kevvie Walters, Nathan Hindmarsh and co.

What is even better is to witness the enthusiasm for the season of these former great players. They are just fans like the rest of us. They all genuinely love the game and love what they do.

I'll be on deck in commentary this week for the World Club Challenge final on Friday night and then the St George Illawarra v Hull FC clash Saturday night.

The views in this article are those of the author and not necessarily those of NRL.com. 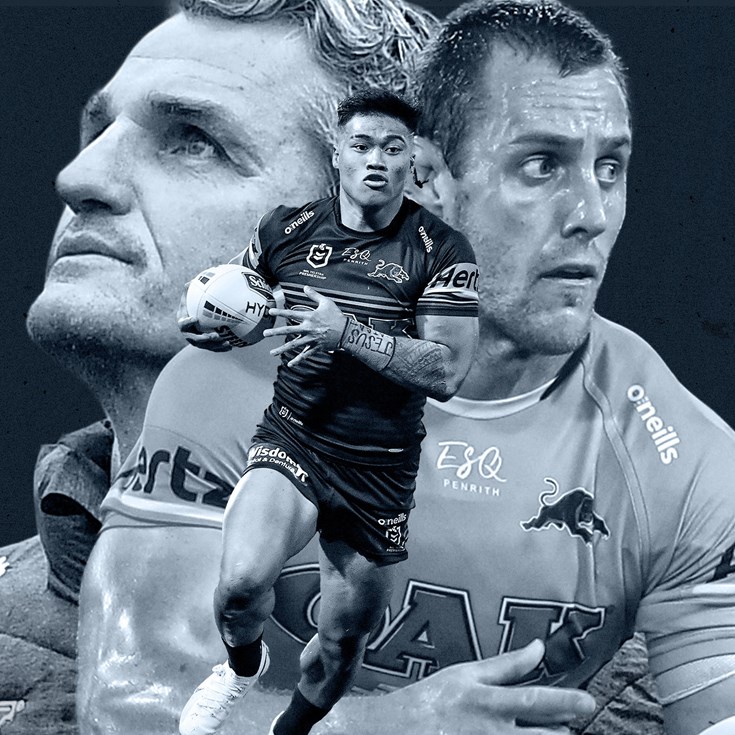