NRL CEO Todd Greenberg has hailed Holden State of Origin's venture into Adelaide as "a significant coup" for the game's push to be embraced on a truly national scale.

As revealed by NRL.com on Wednesday morning, Adelaide Oval will host one fixture of the 2020 interstate series following a multimillion-dollar agreement with the South Australian government.

The SA administration has indicated its preference is to secure the standalone game two match on a Sunday night to maximise tourism from the NRL heartlands of NSW and Queensland.

The historic move means Origin will be played in Melbourne, Perth and Adelaide over the next three years, starting with the 2018 series opener at the MCG on June 6.

Greenberg pointed to the 91,513 fans that last attended an Origin match at the MCG in 2015 as proof the contest can draw a crowd outside its traditional market, with the NRL eyeing further incursions into the AFL strongholds of South Australia and Perth.

"The fact that this contest will be embraced by Melbourne, Perth and Adelaide in consecutive years is a significant coup for the game," Greenberg said.

"Adelaide is a new market in terms of hosting this match but we know that Origin is a popular event in the city, as it is across the country.

"That will only be enhanced when Origin is played for the first time at such a historic venue like Adelaide Oval."

Growing the game beyond the eastern seaboard is increasingly on the agenda at NRL HQ, with this year's round-one double-header being held at Perth's new 60,000-capacity stadium on March 10.

Perth will also host next year's Origin II as calls for expansion in WA come once more, while a historic England-New Zealand Test in Denver, which would be the most significant rugby league game played on US soil, is understood to be close to being announced.

Rugby league has rarely been sighted in Adelaide since the Rams folded in 1998, however the Sydney Roosters have committed to playing a home game at the revamped Adelaide Oval for the next two years.

After a nail-biting 25-24 defeat of premiers Melbourne Storm in last year's fixture, Cooper Cronk's first game against his former club will again be held on the same historic turf when the two sides clash again in round 16.

South Australian Tourism Minister Leon Bignall dismissed concern around rugby league's marquee event being held in AFL-mad Adelaide, suggesting the match could inject as much as $15 million into the state's economy.

"We expect 30 per cent of the people who go to the game will come from interstate. That's going to pump $15 million into the economy," Bignell told Adelaide's FIVEaa radio in on Wednesday.

Figures from both the NSWRL and QRL gave their support to Origin being taken on the road once more, with QRL managing director Rob Moore predicting a strong turnout from traveling Maroons fans to fill the 53,000 seat stadium.

“Our players and coaching team are always eager to embrace a new challenge and I’m sure this historic match at a world-class venue will excite them,” Moore said.

“Adelaide is a great sporting city and the combination of new fans soaking up their first Origin experience alongside an influx of travelling Maroons supporters will ensure a great vibe and spectacle, just like the 2015 match in Melbourne."

First-time Blues coach Brad Fittler said he had no doubt the game would be watched by a capacity crowd and urged Adelaide locals to get behind his side with an anecdote involving Bignell and former Queensland and Rams hooker Kerrod Walters, brother of current Maroons coach Kevin.

"I've got no doubt it will be a success and a sell-out," Fittler said.

"We should get most of the home support, the Minister for Sport (Leon Bignell) had a broken rib care of Kevin Walters' brother Kerrod.

"So if we get any influence there we should be able to turn this stadium blue. 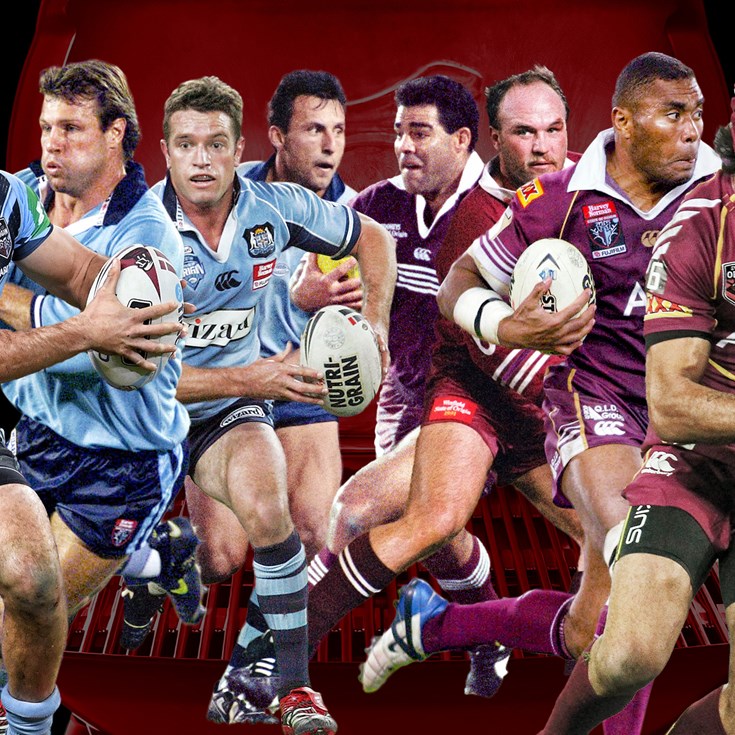 Cronk thinks Hunt will bounce back