Billy Slater’s chances of playing his 300th NRL match in round one of the Telstra Premiership season are in doubt after the champion fullback suffered a shoulder injury which marred Melbourne Storm’s 38-4 win over Leeds Rhinos in the World Club Challenge at AAMI Park on Friday night.

Slater landed awkwardly on his shoulder in the first half and Storm officials said he was rested for the remainder of the match as a precaution.

It would be a major blow to the Storm, as the fullback is in line to play his milestone game against Canterbury in Perth in round one.

The Storm would otherwise be pleased with their victory, scoring seven tries-to-one against an outclassed and outgunned Rhinos side.

In front of a healthy crowd, both teams showed rust early with multiple handling errors, but the visitors still managed to post the first try.

Leeds turned down an easy shot at goal in the eighth minute and were rewarded with a try to Ryan Hall, who shook off Storm opposite number Suliasi Vunivalu to score on the left wing.

The Storm started to find their groove a few minutes later following a Leeds turnover.

Both teams showed a willingness to offload, frequently keeping the ball alive.

The Storm pushed further ahead in the 24th minute through Croft, who showed his confidence to burrow over and score from close range.

Melbourne hit back just before the break with a spectacular effort from the NRL’s 2017 leading try-scorer.

Vunivalu beat five defenders in a weaving in-field run to score in front of the posts, pushing the Storm to a healthy 18-4 lead at the interval.

Felise Kaufusi found a gaping hole in the Leeds’ defence eight minutes later, as Croft again laid on a crisp short pass for the second-rower to cross untouched.

Melbourne winger Josh Addo-Carr cleaned up a Croft cross-field kick – one that had all of Cooper Cronk’s precision and poise - to cross on the right edge with ten minutes to play.

Dale Finucane finished it a solid performance with a close-range try in the 80th minute. 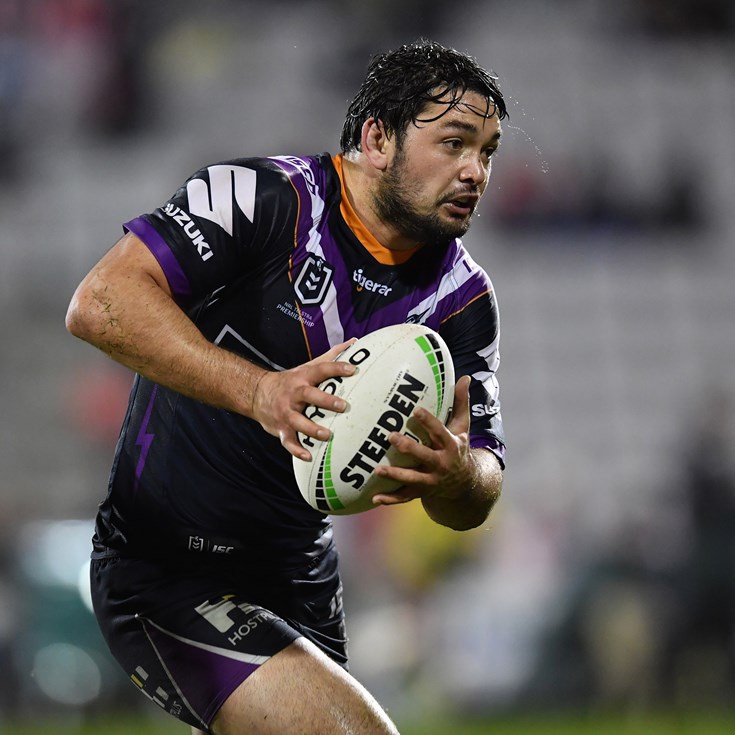 Grant ready to do the 'tough stuff' in Smith's absence