Question marks over the make-up of the spine at the South Sydney Rabbitohs may be solved with Alex Johnston and Damien Cook both performing strongly in the side's 18-8 victory over the Wigan Warriors at ANZ Stadium on Saturday night.

The Rabbitohs were without prized recruit Dane Gagai, along with regular stars Cody Walker, Sam Burgess and Angus Crichton for the encounter, but it was Cook and Johnston who showed enough in their stints to send Anthony Seibold a clear message.

There were also positive signs for the Rabbitohs coach with Tom and George Burgess having solid games.

Wigan were on the board early with a Sean O'Loughlin cross-field kick bouncing terribly for Rabbitohs winger Campbell Graham to enable Tom Davies to plant the ball down for a 4-0 lead in the sixth minute.

The Warriors looked to be over again through Davies four minutes later but the winger couldn't hold onto a Sam Tomkins pass with the try-line wide open.

South Sydney clicked into gear following the error to lay on two tries in quick succession.

Farah and Damien Cook combined to send Tom Burgess over from short range, before Graham finished off a Hymel Hunt line-break to cross out wide in the 18th minute.

Things got worse for Wigan following the try with Cook splitting the defence up the middle, before interchange player Liam Marshall was sent to the sin-bin for a blatant professional foul the following play.

The Bunnies took advantage of the extra man in attack with a training-run shift to the right sending Richard Kennar over in the corner.

Wigan fought back on the stroke of the half-time break with Davis doing well to finish off a right-side movement and reach out for a double.

Both sides struggled to build any momentum in the second half with a host of big names watching on from the sidelines.

Veteran rake Robbie Farah was brought from the field following a 60-minute effort shifting between hooker and halfback.

The result was sealed in the 76th minute when Cook linked with Mark Nicholls late in the game to send Adam Doueihi through a hole untouched.

Doueihi, who turned heads during Lebanon's World Cup campaign, finished off the game with a conversion – his first of the night – after struggling with goal-kicking early.

Greg Inglis (knee) and Adam Reynolds (heel) continue their return from injury ahead of next week's charity shield clash with the St George Illawarra Dragons in Mudgee. 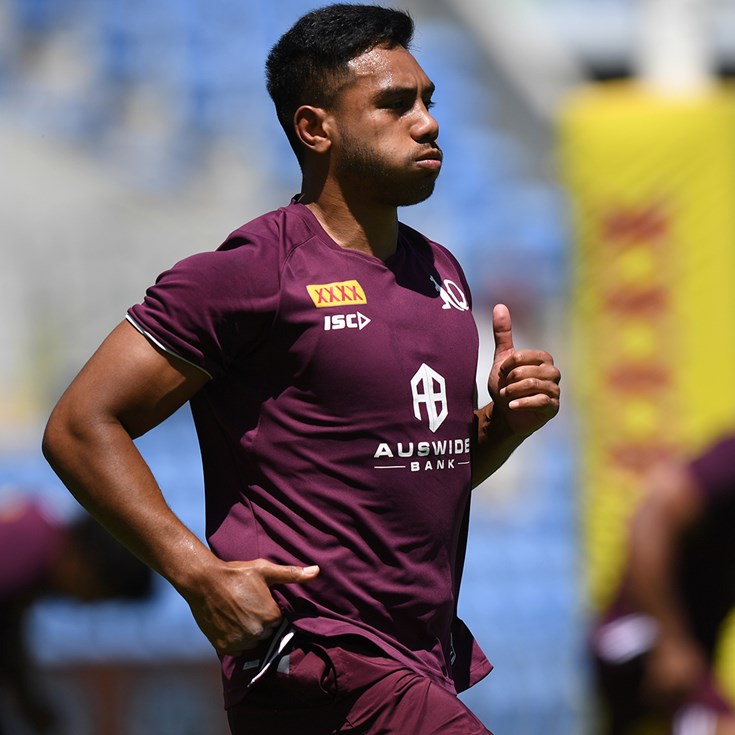 Hunt to bring Maroon mentality back to Newcastle