Australian lock Jake Trbojevic will be testing his rejuvenated pectoral muscle when the Manly Sea Eagles play the Sydney Roosters in their final NRL trial in Gosford on Saturday.

It begs the question of whether Trbojevic's recently healed chest can take a hit from someone like Jared Waerea-Hargreaves.

"I've been tackling Marty Taupau," he told NRL.com, which is the perfect response to any lingering doubts.

"It's fine. I've been doing contact the last few weeks – full contact. I could have played on the weekend against the (Cronulla) Sharks but we decided to rest it just as an extra precaution.

"So I'm really looking forward to the Roosters because it will be a good test."

Trbojevic is also back to his allotted numbers in weight sessions, after stopping any bench-pressing for the first three months as that directly pulls on the pectoral muscles that link from the sternum and collar bone and attach to the upper arm.

"To get back on the field I have to do certain numbers in weights – the benchmarks I had in the gym before I was injured. I got to those now so it's sweet – fully works," the 24-year-old said.

He tore the pectoral muscle in the opening World Cup Test for Australia against England in Melbourne last October. It wasn't his Kangaroos debut but his third match, which puts him a nose in front of younger brother Tom Trbojevic with two Tests.

They haven't yet played together in the green-and-gold and Tom hasn't played NSW Origin either, although he has been on the extended bench.

But Tom is making his mark so strongly at Manly it shouldn't be long before they are united in a Kangaroos or Blues jersey, making them the first siblings to do so since the Morris brothers, Josh and Brett.

The Trbojevic brothers contributed 21 tries to the Sea Eagles last season – 12 to Tom and nine to Jake.

"I was always confident he was going to play well. But he's only young so it's hard to really establish yourself in first grade. It's a long season and you need to be consistent.

"I thought he did that well last year. He had a good year but he's got to keep improving.

"He still has a lot to learn in being consistent each week and staying in it for the full game. He's got a little positional play to improve on, but overall I thought he was great.

"I've got to remember he's only 21 so give him the time to learn all that he wants to and needs to so he can be considered among the top fullbacks."

"I don't think he needs to change much. He has put on a bit of size in the last couple of years," Jake said.

"If you look back at him in the under 20s he was very lean. He is still lean but he's so much stronger. He's up to 103 kilos now… because he's tall it's a bit deceptive.

"You look at a lot of fullbacks in the NRL and they are different to his body shape, but he's playing alright in my eyes."

As far as Jake is concerned, he wants Manly in the 2018 Telstra Premiership finals and he wants to retain his Blues and Kangaroos spots.

"I obviously love playing Origin and playing for Australia. I know that's everyone's dream," he said, "I also want Manly to push further into the finals – that's my main focus.

"But I love being part of those rep teams and I want to still be there." 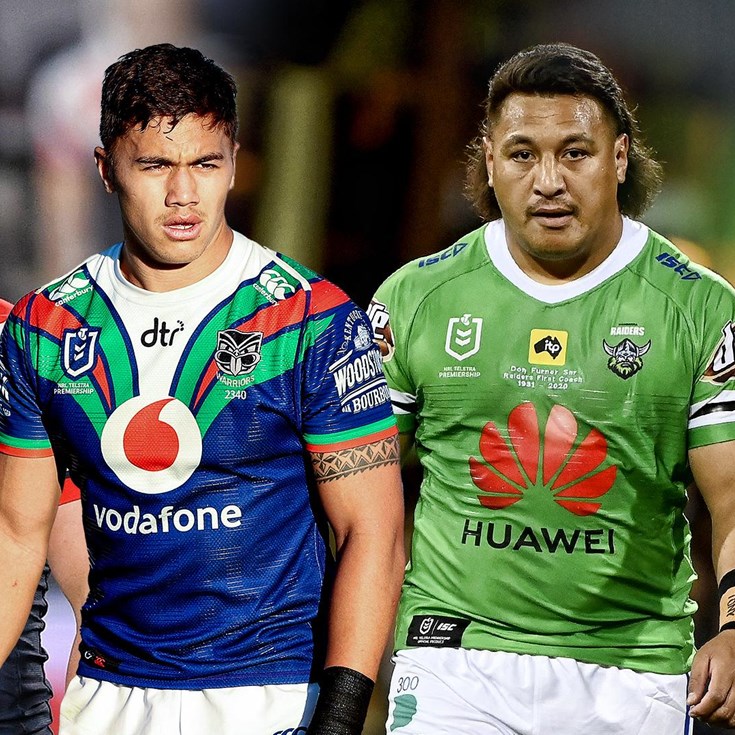 Tackle of the Year finalists announced