Hymel Hunt views his six-year association with Anthony Seibold as the key to delivering on his undoubted potential, and he is willing to switch to the wing to do so.

Hunt is coming to a crossroads in 2018, with the bullocking South Sydney Rabbitohs player off-contract and facing an extremely tough road to get past Australian and Queensland stars Greg Inglis and Dane Gagai in the battle for a starting spot in the centres.

The 24-year-old has long been touted for big things after being chased as a teen by NRL and Super Rugby outfits.

After cracking first grade with the Gold Coast Titans in 2013, Hunt's move to the Melbourne Storm the next season was his first interaction with Seibold, who was then an assistant coach at the club.

Injuries and suspension have limited Hunt to 25 games since arriving at Souths two years ago, but Seibold's rise to the top at Redfern has the Queenslander planning to make 2018 a breakout year.

"He wants me to prove a point and play my best footy," Hunt said of Seibold.

"We both have picked this year as the one to get there and he's helping me get there.

"He's definitely stepped it up a bit since going from assistant to head coach and it's a good environment that's being created with the team."

Hunt has been linked to an exit from the club since the signing of Holden State of Origin hero Gagai, and the former schoolboy rugby star understands his international teammates will get first crack at the centre berths.

In both pre-season trials, Hunt has played at left centre, coming on after 20 minutes in Saturday's Charity Shield as Greg Inglis made his long-awaited return from an ACL injury.

But with Richie Kennar believed to have one wing spot sewn up for round one, and a broken hand potentially keeping young flyer Campbell Graham out of action for the first month of the Telstra Premiership, Hunt is in contention for a wing spot after playing just two games out wide last year.

Alex Johnston's switch to fullback in 2018 means Seibold's other options for the wing spot are Jacob Gagan (signed from Newcastle), Robert Jennings and Braidon Burns.

"I played a couple of games [on the wing] last year and wherever the team needs me I'm there," Hunt told NRL.com.

"The team comes first and I'm just going to play, have fun.

"If Greggy goes to centre then yep, I'll go to the wing no sweat. Whatever happens, happens.

"I've trained there this summer here and there but like I said, it's about getting the best backline for the team. If it means I'm on the wing, that's sweet with me.

"I love the club and the team here, and all on the coaching staff so it'd be great to stay.

"I'm based in Sydney with my partner now but it's on me to do my talking with the footy and worry about that contract later." 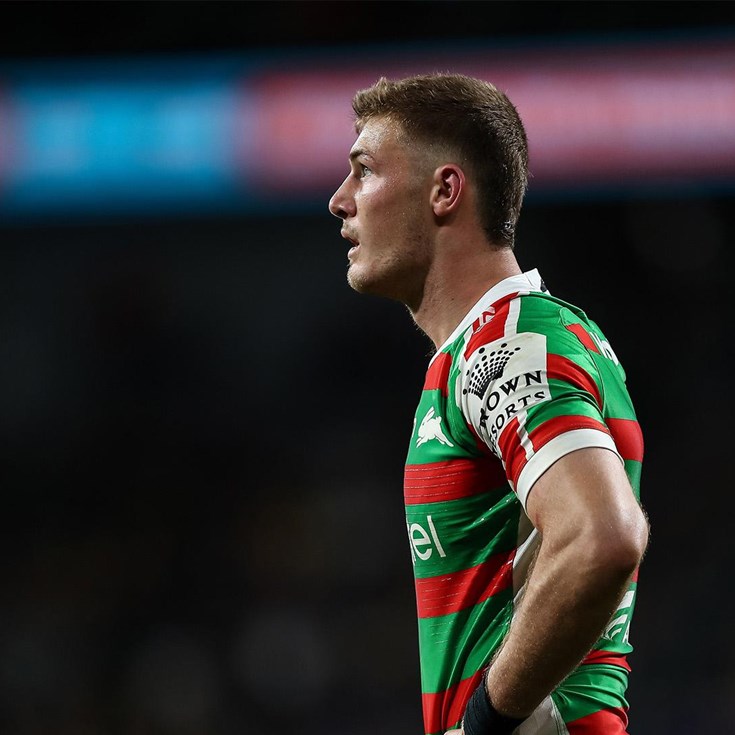 Graham ruled out of preliminary final

'Made for Origin': Blues contenders Graham and Crichton to square off